Fear of Dying in Texas 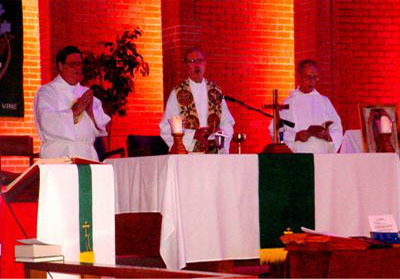 We will call her Susan, but it could be any name. Susan is one of so many women incarcerated in Texas. Hers is a story of great sadness, great hope. The last time Susan was in the Harris County Jail she shared her life story with one of the Catholic Volunteer Chaplains. It was a story of sexual abuse, drug usage and gang activity. She told our Chaplain that she had seen too many of her friends murdered, and that her greatest fear was that of being murdered. Jesus touched her heart and Susan made a decision. She wanted out of her gang life; she wanted to go home to her family in another state. Through the efforts of our Chaplain and generous donations, the Office of Correctional Ministries was able to purchase a bus ticket home. Susan got out of state jail and dressed in pink prison release scrubs, she walked into the Houston Greyhound Bus Terminal. The ticket was waiting for her, but she never got it. While in the small café of the terminal, she was accused of theft. She resisted arrest and was sent to Ben Taub Hospital for injuries and sent back to jail for four more weeks. Convinced of Susan’s willingness to change her life, we took another chance on her. Susan was released a month later at 1:30 am, our Chaplain met her, spent the day with her, saw her off on a bus that evening. Susan and our Chaplain prayed frequently that day that Susan would stay on that bus until her arrival at her destination. The prayers worked! Thirty seven hours later, an exhausted Susan stepped off the bus in a distant city. She had reached her destination. Susan’s grandmother had gone to Mass that day and was praying the rosary even as Susan stepped off the bus. The “prodigal daughter” had come home. There would be no dying in Texas. Update: Through Correctional Ministries, Susan is now in a rehabilitative drug program. She wrote us recently saying, “I get out in 13 days and will live with my grandparents. I will never be able to thank you enough. I have come to know Jesus as someone who truly loves me. I finally have a new life and it feels as if I have been born again. The streets of Texas are no longer my home. At Correctional Ministries, we value each person’s life. As Jesus is the Good Shepherd and will not suffer the loss of a single sheep, so Jesus has brought Susan home. Susan’s life will be a difficult one, but she now has a real chance. Pray for her; pray for us as we pray for you.

Back to Program Highlights