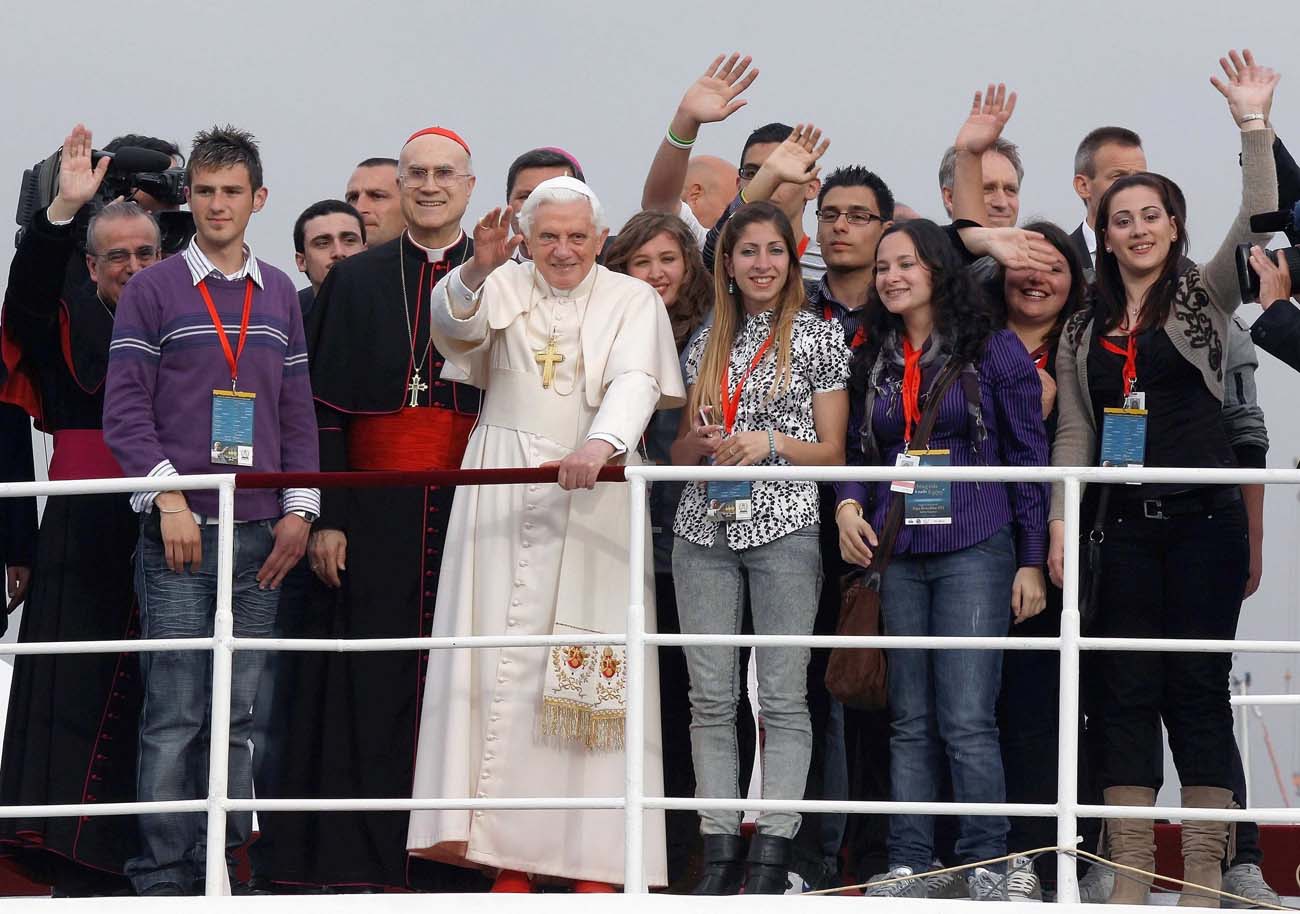 Pope Benedict XVI waves from the deck of a catamaran as he arrives to the Valletta waterfront to attend a meeting with youths in Floriana, Malta, in this April 18, 2010, file photo. The Vatican announced that Pope Francis will visit the island nation of Malta April 2-3, 2022. (CNS photo/Alessandro Bianchi, Reuters)

Pope Emeritus Benedict XVI, who surprised the world by announcing he would retire as pope, died on Dec. 31, 2022. He was 95 years old.

​​​Daniel Cardinal DiNardo, who was elevated to the College of Cardinals by Pope Benedict XVI in 2007, said the late pontiff “ shepherded the Church with great love.”

The Vatican shares this prayer for the soul of Pope Emeritus Benedict XVI.

The global impact of a German pope

Very few figures within the contemporary Church have influenced it as deeply and for as long as Pope Benedict XVI, who died Dec. 31, 2022 at 95.

A quiet hush covered the vast expanse of St. Peter’s Square even though it was filled with thousands of people slowly winding their way around the colonnade into St. Peter’s Basilica to pay their last respects to the late Pope Benedict XVI.

Archdioceses and dioceses in Texas and across the U.S. have been celebrating liturgies praying for the peaceful repose of the soul of Pope Emeritus Benedict XVI.

Pope Benedict XVI is being remembered for his lifelong role in deepening Jewish-Catholic relations, bringing to life the dialogue called for by the Second Vatican Council, according to many leaders within the Jewish community.