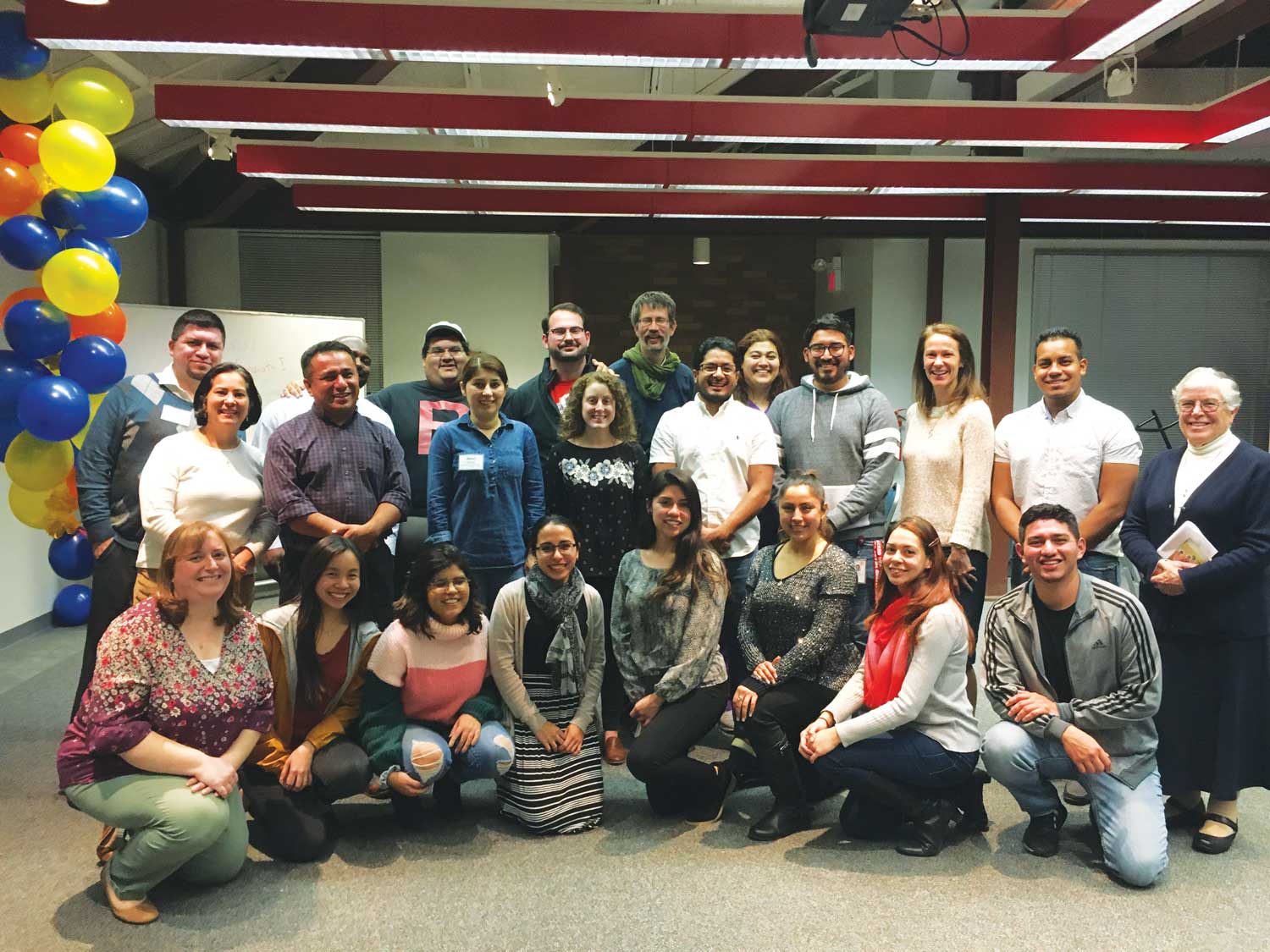 Twenty-five young adults ages 18 to 39 graduated Nov. 18 after attending a program for 11 weeks called “From Practicing Catholics to Apostles on Mission” offered by the Young Adult and Campus Ministry Office in collaboration with the Catholic Apostolate Center. They were formed to be better equipped to evangelize others by discerning and using the gifts/talents God entrusted to them. (Photo courtesy of the Young Adult and Campus Ministry Office)

Called “From Practicing Catholics to Apostles on a Mission,” the 11-week program focuses on helping young adults discern their gifts and areas in which they still need to grow to serve their parish and secular world.

“This initiative is designed to help young adults respond to the thirst for God in the world by using their gifts in service to their parish and the larger world,” YACM Director Gabriela Karaszewski said.

In collaboration with the Catholic Apostolate Center, this initiative is committed to forming young adults theologically and ministerially for the work of the new evangelization, preparing participants to engage with the challenges facing their local communities as well as the greater society.

Participants learned from experienced recognized Church leaders and engaged with peers on how to live out faith as apostles, women and men chosen and sent on a mission by Jesus Christ and His Church. During this formation, young adults gain the tools necessary to assume a proactive role in the Church’s mission of evangelization.

The program, now in its second year, is offered once per year in English and in Spanish, 120-minute sessions each week. The content is broken into three sections that address key factors of the Catholic vocation: the mission of the contemporary Catholic, the mission of the Church and the way of living as apostles of Christ.

“An important component of the program is that we pair the young adults with a mentor for the length of the course, and that is exactly what Christus Vivit (the lastest apostolic exhortation) is suggesting: To not only form young Catholics but to accompany them in their journey,” Karaszewski said. “We have seen great success with this model. These mentors helped to guide the participant during his/her discernment process on where they want to serve as evangelizers in their local communities.”

At the end of the program, each of the participants presents a proposal on how they will evangelize and the steps they need to take to accomplish their project. Evangelization proposals included getting parishes better connected to social media, learning about prison ministry, seeking collaboration between parishes and ministering to at-risk youth.

Erika Heitkamp, who just graduated from the program Nov. 18, said her proposal is a plan to improve living conditions at holding facilities on the United States-Mexico border.

“I wrote this proposal during the class but it is about an issue that had been placed on my heart for a while,” she said.

Heitkamp said she wanted to join the program to “better discern how I may be a greater contribution to the Catholic Church and the community as a young adult with the help and guidance of the Holy Spirit.”

Ugo Onochie’s proposal involved organizing a young professionals ministry at his local parish, which currently does not have one.

“I would like to focus our activities on reading books written by Bishop Robert Barron and others he has recommended, having a visible presence as a group at a Mass on the weekend — such as serving as ushers, sacristan, etc. — and hosting social gatherings and talks on theology,” he said. “It is my goal to increase the level of involvement in parish life among young professionals.”

Onochie, who graduated with Heitkamp, said he joined the program after hearing about it from friends who took the course.

“To me, it felt like taking a real step toward reaching out to young professionals and enhancing that group’s contributions to the diocese,” he said. “There are many groups in Houston that serve young professionals, but the city is so large that there are pockets where this community is underserved.”

Onochie said he learned about the resources the Archdiocese offers for faith formation, such as Formation Toward Christian Ministry (FTMC), techniques for discernment, and the importance of getting parish leadership buy-in and support.

“Most importantly, I learned that the hardest part is just making the decision to do something,” he said. “We all see ways in which we can help our parishes, but it is only when someone decides to act that things can begin to improve.”
Onochie said he plans to enroll in FTCM to strengthen his understanding of Catholic theology.

“The courses will surely be a help in my ministry,” he said.