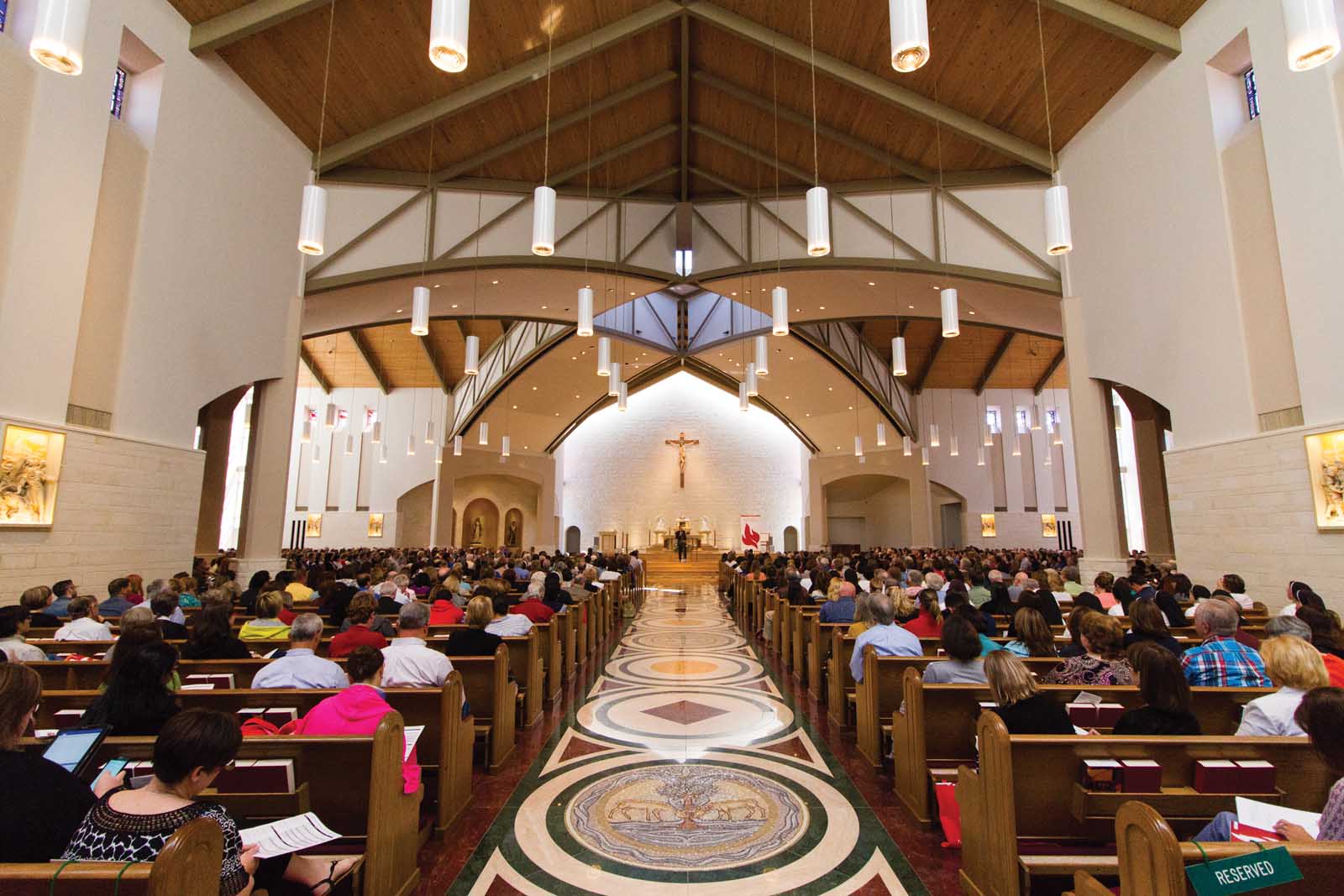 HOUSTON — The word of God and the Catholic Church need each other, Cardinal Daniel N. DiNardo of Galveston-Houston told attendees at the National Catholic Bible Conference.

“The word of God must increase within the whole church,” he said in his homily at a Mass at St. John Vianney Catholic Church during the May 5-6 conference. “Hearing the word of God out loud at church (calls) for us to participate in community.”

”The Liturgy of the Word feeds us to get us hungry for the Eucharist,” Cardinal DiNardo said.

The 1,300 conference attendees came from three countries and 35 states. At least 66 men and women religious also attended, joining catechetical leaders, teachers, ministers and lay Catholics all gathered to hear from biblical scholars and better understand the Bible and how to apply Scripture to daily life.

John Bergsma, a theology professor at the Franciscan University of Steubenville, Ohio, encouraged the faithful to be disciples of Christ, sharing his journey and experience as a convert to the Catholic faith. Bergsma noted that there were at least three converts on that weekend’s conference speaking team. 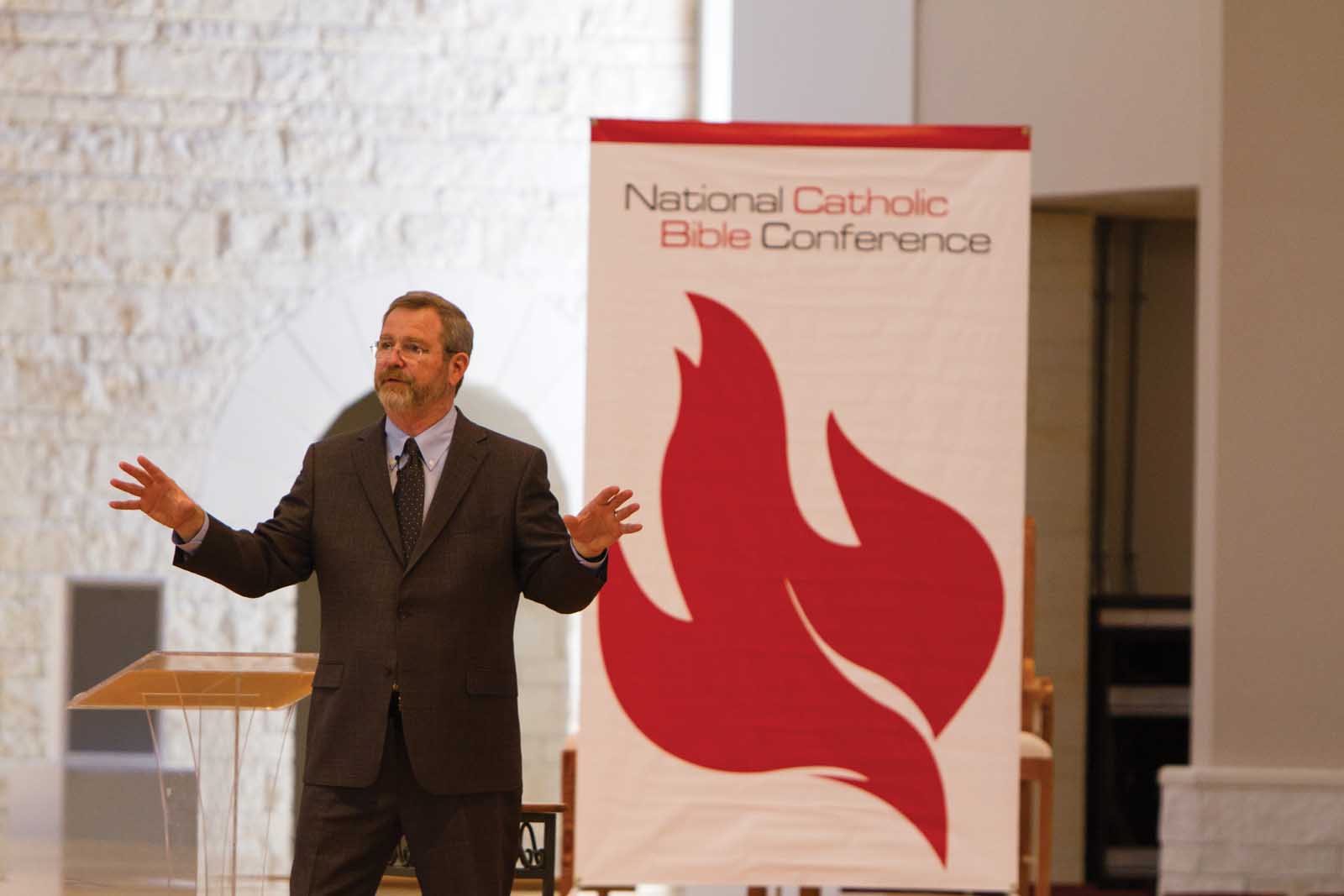 Jeff Cavins delivers the opening address at the National Catholic Bible Conference in Houston May 5.

Father Mike Schmitz shared how to listen to a homily, highlighting the importance of understanding God’s gifts in our lives. Father Schmitz, chaplain for Newman Catholic Campus Ministries at the University of Minnesota-Duluth and known for his “Ascension Presents” online video series, reminded the attendees that they are “qualified by Christ” and not by their gifts.

“We should not say to God, ‘give us more!’ but rather, ‘am I willing to use the gifts I've been given?’” Father Schmitz said.

“We may go and do Catholic things, but we need prayer,” Sri said, speaking to the heart of those who work for the Church.
The choice to make time for a daily conversation with Jesus in quiet and solitude, for prayer, is the real heart of the spiritual life, he said.

Sarah Christmyer, co-developer with Jeff Cavins of “The Great Adventure” Catholic Bible study program, said “it's not just hearing the Word of God; it's also about what we do with what we hear.”

Christmyer seemed to look forward to Our Lady of Fatima's 100th anniversary and said “Mary is the perfect example of this witness.”

Though she studied Scripture while attending Catholic high school, Peters said she hadn't formally had a chance to study since then.

She was also eager to hear from the speakers share the Catholic perspective on the Bible, especially since she helped with Protestant ministries in college because “there is that reputation that Catholics don't know the Bible very well,” but she appreciated the attitude towards working with other churches in learning more about the Bible.

“It's really cool to see this many Catholics come together about the Bible specifically,” she said. “I think it's really important that we're doing this and that we're armed with this knowledge. I work in a public school, so it's hard to find time for formation during the work week. It's been refreshing to be around all these different Catholics, seeing different ages and different speakers.”

Ascension Press was the primary sponsor for the conference, which has yet to announce the date and location of the next National Catholic Bible Conference.