Witnessing life in the death chamber 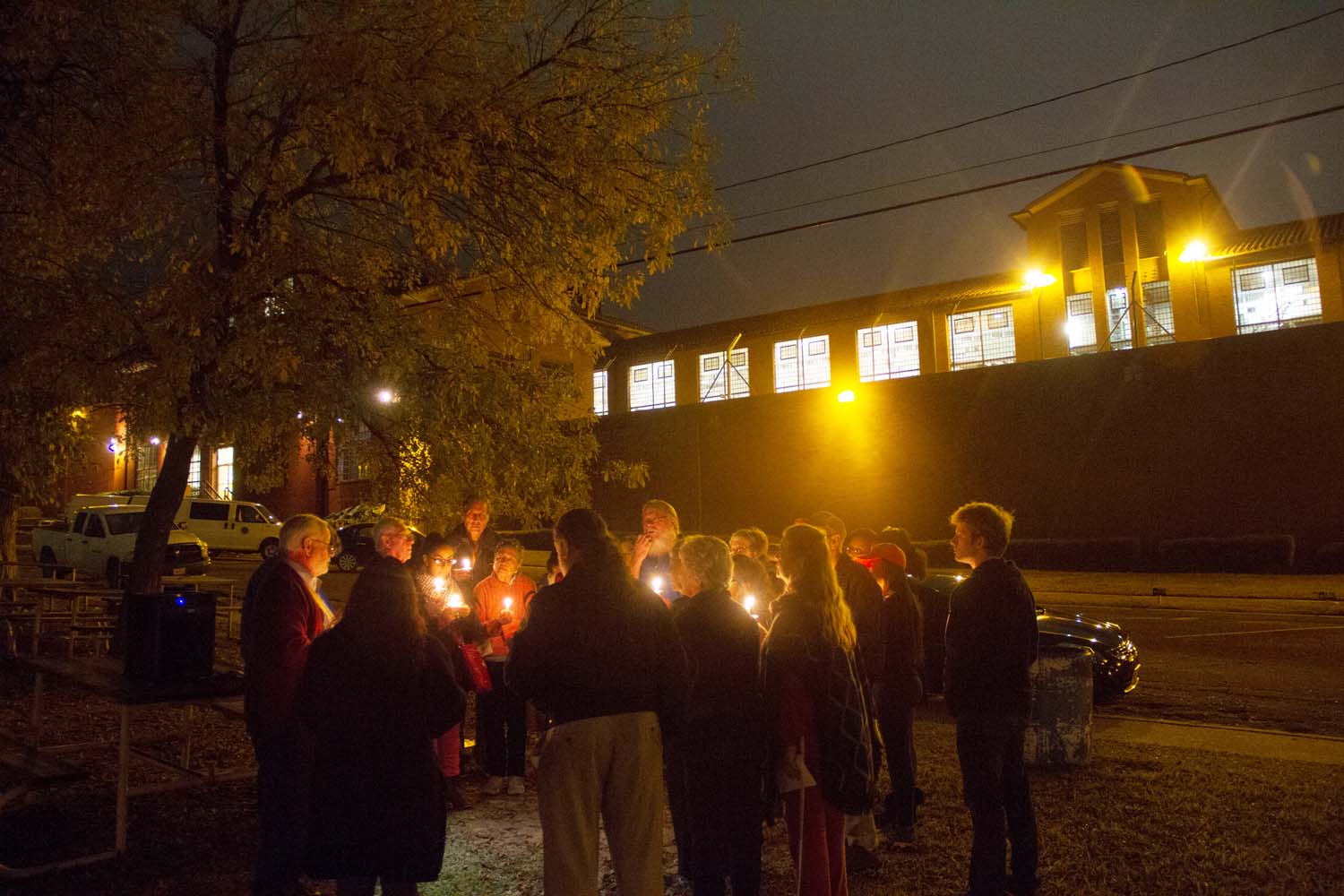 People hold a candle-lit vigil outside the Texas State Penitentiary at Huntsville during a scheduled execution. Michael Graczyk, a Catholic, has personally witnessed more than 400 executions working as a journalist for the Associated Press. (File photo by James Ramos/Herald)

HUNTSVILLE — Michael Graczyk knows the execution chamber in the Walls Unit well. He has personally witnessed more than 400 executions of Texas inmates in death penalty cases in his career as a journalist and a Catholic.

An Associated Press (AP) reporter since 1983, Graczyk retired last year and still freelances for AP, continuing to witness executions, including nine scheduled through the end of this year.

“I’ve gotten to know many of the inmates through interviews. I also have sentiments for the families of the victims, who have to wait 10 or 20 years for the punishment to be carried out.”

Since Catholic teaching is pro-life, from conception to natural death, Graczyk reconciles the two parts of himself with a Scripture passage.

“I look to the Biblical passage ‘render unto Caesar what is Caesar’s.’ Since this is the government doing these, I can remain faithful to the teachings of the Church,” Graczyk said.

“The Catholic Church many times has been alone in its protection of life from conception to natural death. Liberals opposed to capital punishment are oftentimes in favor of abortion. Conservatives are against abortion, but then favor the death penalty,” he said.

Executions used to be front-page news and network TV news regularly covered them, but now they are relegated to inside pages or a few seconds of a sound bite.

“Back in the 1980s, it used to be a really big deal and significant media event. Executions should never be considered routine, but there does seem to be a public acceptance of it,” he said. Gracyzk is a parishioner at a Catholic Church in Montgomery County.

Hundreds of protesters would show up, many times for midnight candlelight vigils that included both pro-death penalty and anti-penalty protesters.

“Some of those were Sam Houston Statue University students who came from down the road in Huntsville. Now maybe there is a core group of protesters ranging from one to two dozen who show up in the heat, rain or cold,” he said.

But studies have not been able to conclude whether or not capital punishment is a deterrent for others not to commit a crime.

“I’ve interviewed hundreds of inmates, and none of them said that capital punishment would have prevented them from crime,” he said.

Two of the nine scheduled for execution by the end of the year are part of the group of prisoners who escaped in 2000 and were convicted of fatally shooting a 31-year-old police officer on Christmas Eve in Irving.

One of the toughest cases Graczyk remembers covering is the dragging death of an African-American man, James Byrd Jr., killed 21 years ago in a hate crime on a secluded road outside Jasper. Two white men were executed in the case, John William King, executed this past spring, and Lawrence Russell Brewer was put to death in 2011. A third participant, Shawn Allen Berry, was sentenced to life in prison.

“Emotionally, the Jasper cases were real tough. We went to Jasper, saw the three guys arrested, went to the asphalt road where it happened and there was still blood,” he said.

He also recalled covering the execution of the first woman on death row since the Civil War. Karla Faye Tucker was given a lethal injection in 1998 for killing two people with a pickaxe during a burglary.

But Graczyk said he doesn’t see any strong enough movement to stop executions in Texas.

“It remains a hot topic, but there is no appetite in the Texas Legislature to stop it. The U.S. Supreme Court may shut it down again like they did in the 1960s until executions were resumed a decade later,” he said.

In 1964, judicial challenges to capital punishment resulted in a de facto moratorium on executions in the United States. In a 1972 case the U.S. Supreme Court ruled that every state death penalty law in the U.S. was unconstitutional because the death penalty was being unfairly and arbitrarily assigned.

At that time, there were 52 men in Texas with death sentences. Governor Preston Smith commuted all of their sentences to life, and death row was clear by March 1973.

In 1973, Texas passed a new statute to standardize the way the death penalty was assessed. Juries quickly began imposing death sentences under the new statute, and death row began filling up again in 1974 to present day.