Walking with Christ in the Stations of the Cross 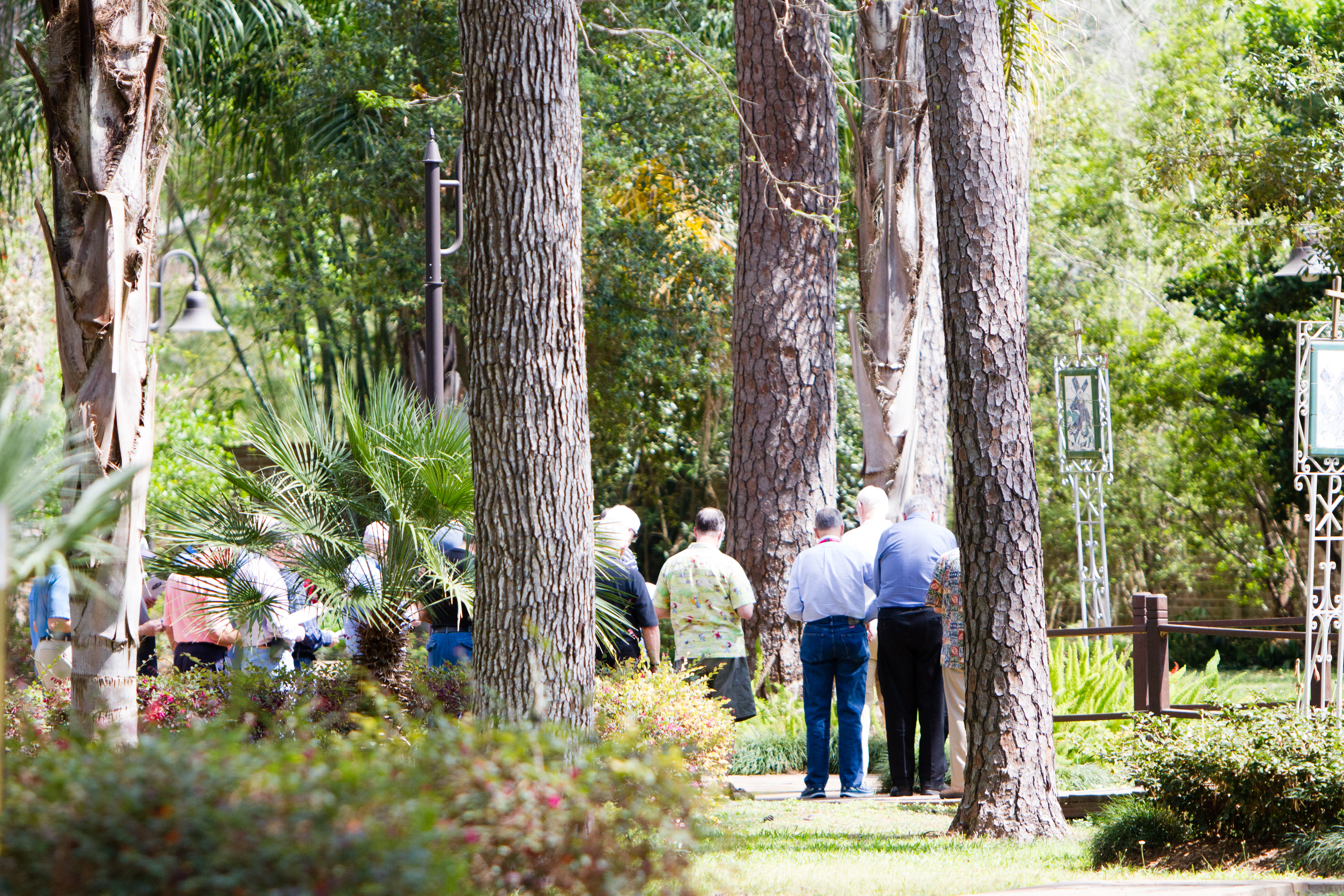 HOUSTON — Ambling their way through the Way of the Cross garden at Holy Name Passionist Retreat Center, a group of men chant the Stabat Mater. Surrounded by lush greenery, the men pause and gaze upward to meditate at each Station, tile artwork depicting the final journey of Jesus Christ to Calvary.

A staple in almost any Catholic church sanctuary, these images invite faithful to step into the actual historical experience of Jesus Christ, according to Father Ken O’Malley, CP.

The Stations of the Cross, also known as the Way of the Cross, is at the “core of Catholicism,” Father O’Malley said. “It’s an essence of the Gospel, the crucifixion and death of Jesus. It’s very basic to who we are.”

Beginning as the practice of pious pilgrims to Jerusalem, the devotion multiplied after fewer faithful could make the journey to the Holy Land, he said. It eventually took the form of the 14 stations currently found in almost every church.

The Stations help educate our imagination, helping us to think and to enter into the mind and imagination of God and to make our life better, Father O’Malley said.

Sister Hannah O’Donoghue, CCVI, finds that the faithful accompany Christ as He is condemned, falls, rises and surrenders to death. 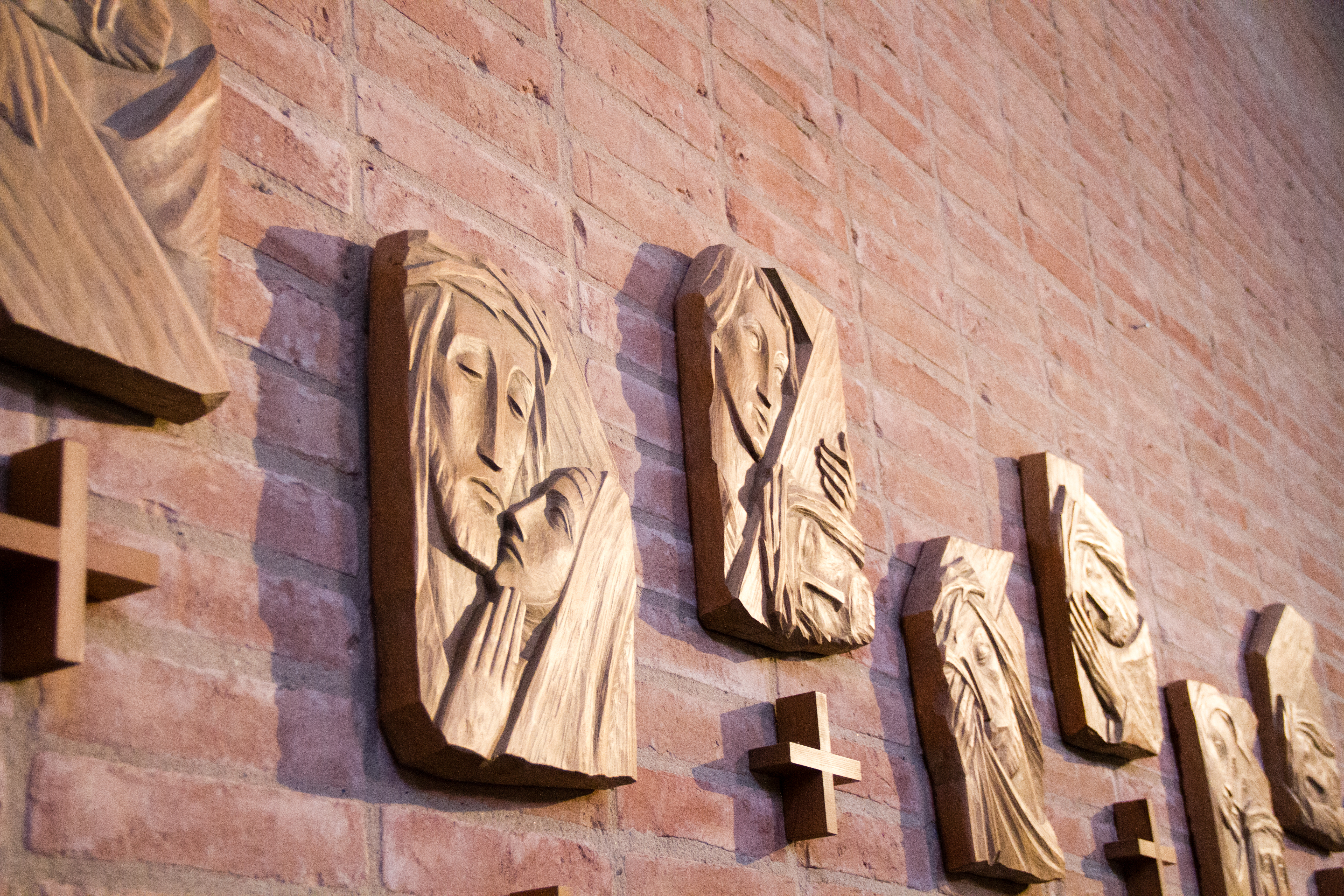 “The passionate loving Christ even though lonely and in great physical and emotional pain reaches out to His mother, accepts help from Simon, let His face be wiped by Veronica as well as consoles the women who are weeping,” Sister O’Donoghue said. “As He continues to walk to His death we are reminded of the betrayal of His disciples as well as the growing forsaken feeling which ends up being expressed from the cross in the cry, ‘My God my God why have you forsaken me.’ This pierces our hearts as we stand beneath the cross.”

Father O’Malley said he’s seen the impact of the Stations of the Cross deeply affect the faithful.

He said a woman once told him, after seeing the Pieta, she understood Mary’s experience. Her family, who always attended Mass together, was experiencing a breakdown that led to a loved one to stop attending Mass. Another mother once told him she struggled with her children leaving the home, but understood that even the Blessed Virgin Mary had to let Jesus go. Both women found solace and strength in the Stations, he said.

“We are primarily a transcendent people,” Father O’Malley said. “We understand that there is more to life than there is now, we are destined towards eternity.”

Those who pray the Stations of the Cross can also gain a plenary indulgence on any Friday in Lent and a partial indulgence on other days of the year, with the addition of prayers for the Holy Father’s intentions. Those who cannot do the full exercise of the Way of the Cross, which includes the physical genuflecting and kneeling at certain parts of the prayers, may gain the same indulgence by sending at least one half an hour intently reading and meditating on the Passion and Death of Jesus Christ, according to the United States Council of Catholic Bishops.

A plenary indulgence grants the remission of all temporal punishment due to sin, and must be coupled with a sacramental confession, reception of Holy Communion, praying for the Holy Father’s intentions and complete detachment from all sin, including venial.

Father Reginald Samuels, pastor at St. Hyacinth in Deer Park, encourages the faithful, including his parishioners, to pray the Stations.

“The Stations are good for Lent, because it allows us to move back into prayer and to join our prayers with the community and world,” Father Samuels said. “We do not struggle alone, and Jesus has entered into our struggles in life; therefore we join our prayers as a community of faith.”

Father Samuels also noted that the Stations join our prayers with those throughout the world, including the plight of refugees and those experiencing hardship in many ways.

Father Samuels said his favorite Station to meditate on is the Third Station: “Jesus falls for the first time is my favorite station because it reminds me that when even in the midst of suffering, we fall and we can get back up. That failure is not final.”

“Our journey does not end here as we remember the Father’s assurance,” she said. “We are not people of the Cross without the empty tomb. We walk in hope of resurrection. In the journey of our lives we too are called to remember to walk knowing the inexhaustible Word of God nourishing and sustaining us as it calls us to keep on walking through our suffering and death, and accompany others on the way.”

Praying the Stations of the Cross

Stations of the Cross for Vocations

Scriptural Stations of the Cross

Stations of the Cross for Life

A Scriptural Way of the Cross for Lent    en Espanõl