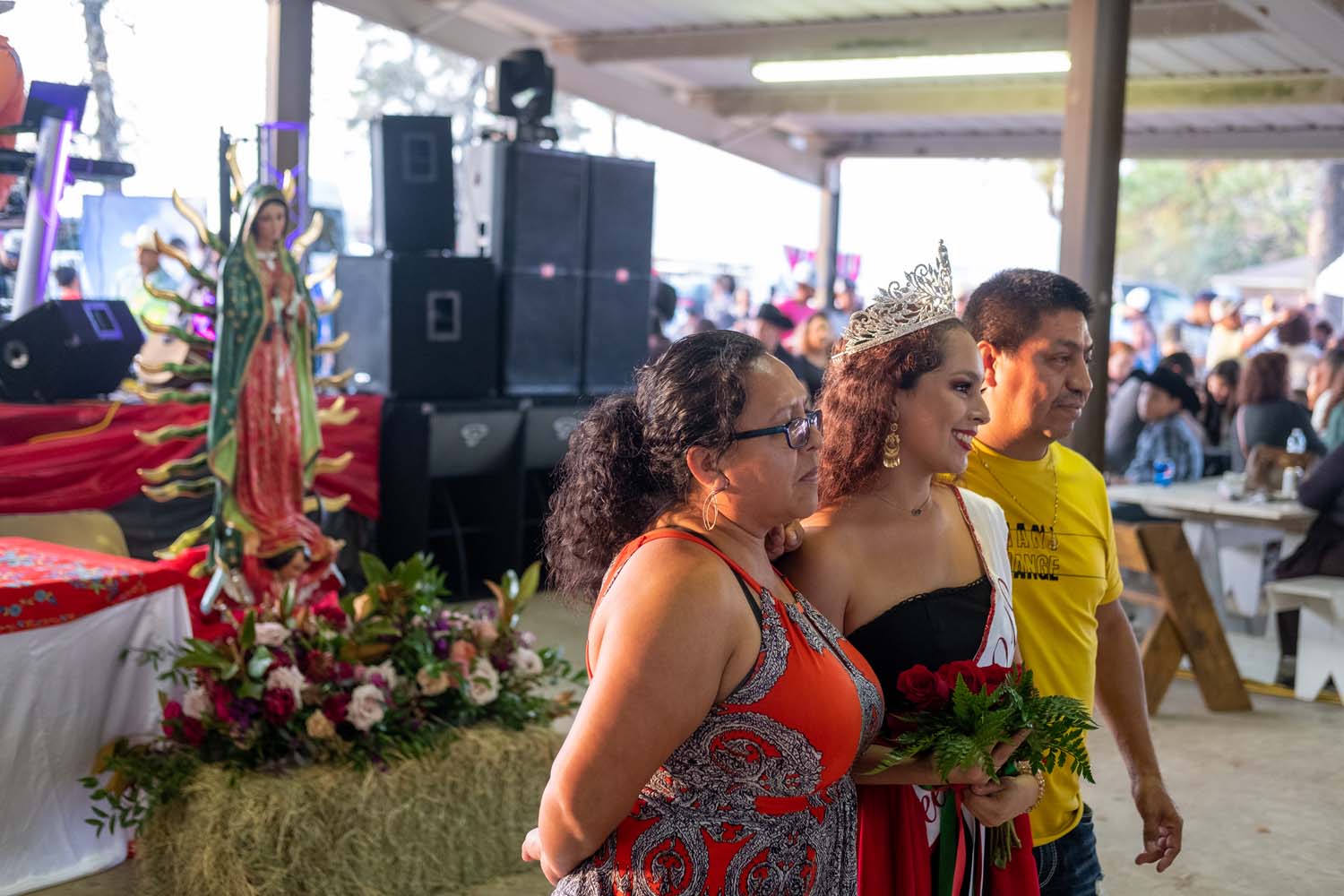 HOUSTON — Enjoying a beautiful December morning of mild temperatures and blue skies, hundreds of costumed dancers swirled about on downtown Houston streets honoring Our Lady of Guadalupe Feast Day and her Son Jesus.

While individual parishes have their own celebrations, the general public is more likely to be familiar with the biggest procession in downtown Houston when all the dance troupes assemble altogether.

This year’s event on Dec. 8 started with a prayer and processed for a mile from 1700 San Jacinto St. to the George R. Brown Convention Center (GRB).

IN PHOTOS: Horses, Roses and Rosaries: Celebrating Our Lady of Guadalupe 2019

Up to 1,000 indigenous folk dancers of all ages, some wearing elaborate feathered headpieces and traditional Aztec-style dress, will swirl to drumbeats and blowing conch shells. After arriving at the GRB, they celebrated Mass at noon with Daniel Cardinal DiNardo and other priests.

In Magnolia, for the third year in a row, parishioners at St. Matthias the Apostle Catholic Church gathered for their annual calbagata with charros, a cavalcade of horses with riders, that culminated with a horse parade festival that featured more than 100 traditional Mexican dancing horses process and a horse parade queen pageant.

Beginning with 10:30 a.m. Mass, the festival began with a 7-mile procession on horseback that led with a banner of Our Lady of Guadalupe.

The Horse Parade Queen candidates, who raise funds that benefit the parish, rode in a float and greeted all those they passed. Eventually reaching St. Matthias on FM 1774, the riders were met by Father Christopher Nguyen, who blessed the riders and horses. Matachines dancers performed to honor Our Lady, then a series of performances by the riders and their horses showcased a tradition of Mexican horse dancing.

All this tradition honors the time starting Dec. 9, 1531, on a hill near a rural village just outside Mexico City, when the Virgin Mary, Our Lady of Guadalupe, appeared to a humble peasant on his way to Mass to celebrate the Feast of the Immaculate Conception. His native name in Nahuatl was Cuauhtlatoazin (“one who speaks like an eagle”) and in Spanish was named Juan Diego, now a saint canonized by St. Pope John Paul II in 2002.

Surrounded by light and speaking in his indigenous tongue of Nahuatl, Our Lady told Juan Diego that she wanted a church built to manifest the love of Jesus and hear the petitions of the faithful. At her request, he approached Bishop Juan de Zumarraga, who doubted the story.

After Juan Diego met with the Virgin Mary again on Dec. 12, she arranged roses within his cloak and told him that this would be the sign he should present to the bishop. When Juan Diego opened the cloak, or tilma, to show the flowers, the bishop was presented with a miraculous imprinted image of Our Lady of Guadalupe. The name Guadalupe is a Spanish version of the Nahuatl word Coatlaxopeuh, meaning “the one who crushes the serpent.”

The Basilica of Guadalupe in Mexico City, which displays Juan Diego’s cloak, has become one of the world’s most-visited Catholic sites, second only to the Vatican and Sistine Chapel in Rome.