Via Lucis devotion brings the ‘light of grace’ 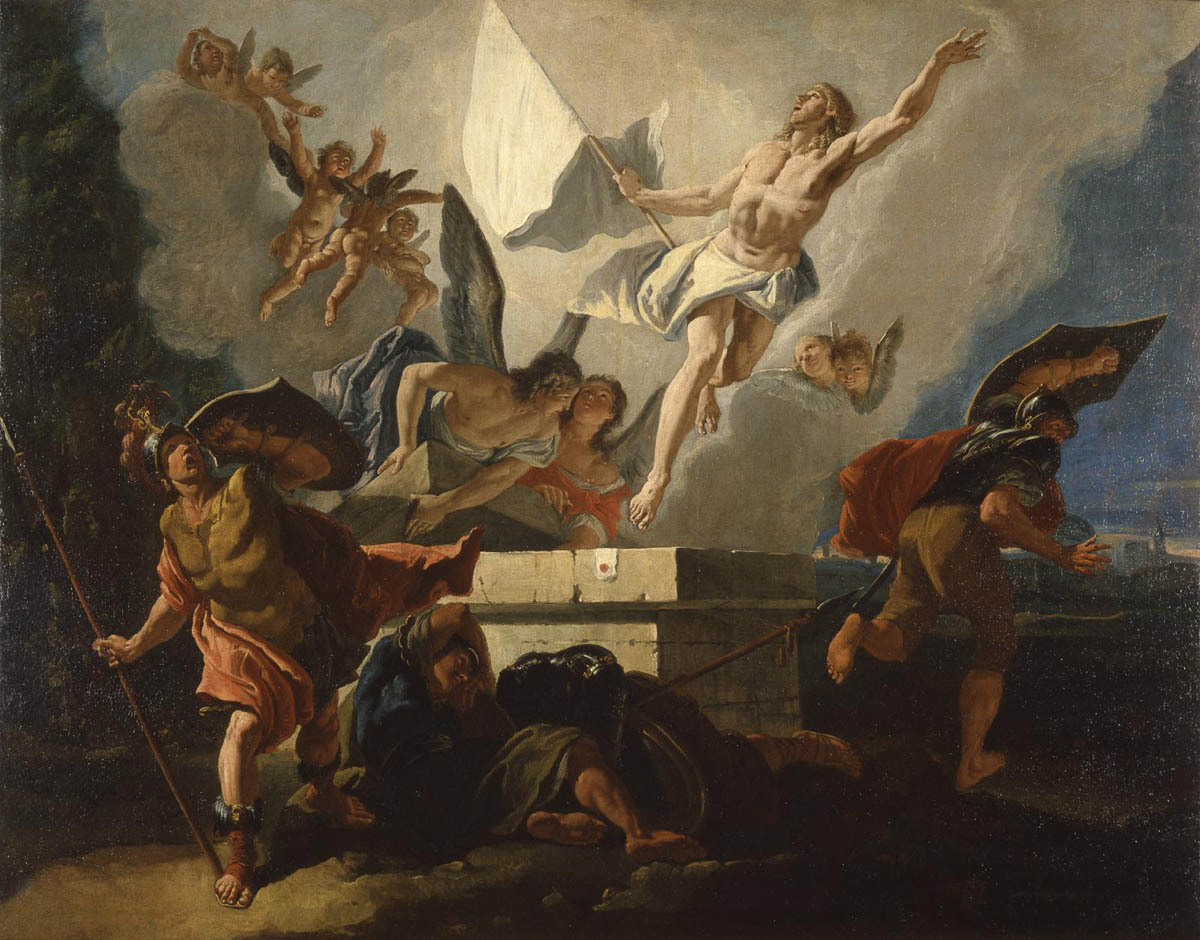 Click here for a guide to praying the Via Lucis

The Resurrection is depicted in a painting by Francesco Fontebasso. Easter, the chief feast in the liturgical calendars of all Christian churches, commemorates Christ's resurrection from the dead. (CNS artwork/Bridgeman Images)

The Stations of the Light are a spiritual journey with Christ that takes one through 14 of the most inspiriting events of His post-Resurrection life on earth.

And as the Way of the Cross has been prayed with the company of Mary, full of sorrow because of her suffering Son, so along the Way of the Light it’s Mary who continues to accompany us; Mother who rejoices in the Resurrection of her Son.

In the early Church this practice was known as the Via Lucis, or Way of the Resurrection. It invites participants to walk along a path of transforming joy by following in the footsteps of the risen Christ and His friends. Although known and cherished since the first century, the prayers were never gathered into a precise devotion until recent years.

While the Stations of the Cross focus on events within one day of Christ’s life on earth, the Way of Light begins with the story of the Resurrection and focuses on the awe-inspiring events from the Resurrection to Pentecost.

The symbols in both devotions, the cross and the empty tomb, were key symbols in the early Church, according to the Diocese of New Hampshire.

Salesian beginning
The Via Lucis was first blessed on Easter Sunday, 1994, in Turin, Italy, the birthplace of St. John Bosco, founder of the Society of St. Francis de Sales (Salesians). It formally became a Roman Catholic devotion, however, at the end of the twentieth century when the Vatican was preparing the Jubilee Year and searching for new devotions appropriate to the millennial transition and yet faithful to Christian tradition.

The Vatican has expressed its support for this newer devotion and said in the Directory on Popular Piety and the Liturgy: “For centuries the Via Crucis involved the faithful in the first moment of the Easter event, namely the Passion, and helped to fixed its most important aspects in their consciousness. Analogously, the Via Lucis, when celebrated in fidelity to the Gospel text, can effectively convey a living understanding to the faithful of the second moment of the Pascal event, namely the Lord’s Resurrection.”

The document described the devotion as a “pious exercise” that “has developed and spread to many regions in recent years. Following the model of the Via Lucis, the faithful process while meditating on the various appearances of Jesus — from His Resurrection to His Ascension — in which He showed His glory to the disciples who awaited the coming of the Holy Spirit (cf. John 14, 26; 16, 13-15; Lk 24, 49), strengthened their faith, brought to completion His teaching on the Kingdom and more closely defined the sacramental and hierarchical structure of the Church.”

The Vatican’s statement continued: “Through the Via Lucis, the faithful recall the central event of the faith — the Resurrection of Christ — and their discipleship in virtue of Baptism, the paschal Sacrament by which they have passed from the darkness of sin to the bright radiance of the light of grace.”

The Via Lucis is potentially an excellent pedagogy of the faith since “per crucem ad lucem,” it said.

The Vatican described the devotion as a movement of faith in prayer: “Using the metaphor of a journey, the Via Lucis moves from the experience of suffering, which in God’s plan is part of life, to the hope of arriving at man’s true end: liberation, joy and peace, which are essentially paschal values.”

It also encouraged praying the devotion for its potential for “the restoration of a ‘culture of life,’ which is open to the hope and certitude offered by faith, in a society often characterized by a culture of death, despair and nihilism.”

The Stations of Light

Though there are varying ways to pray the Stations of the Resurrection, also known as the Via Lucis, or the Way of the Light, here are 14 biblical moments to reflect on during this devotion.