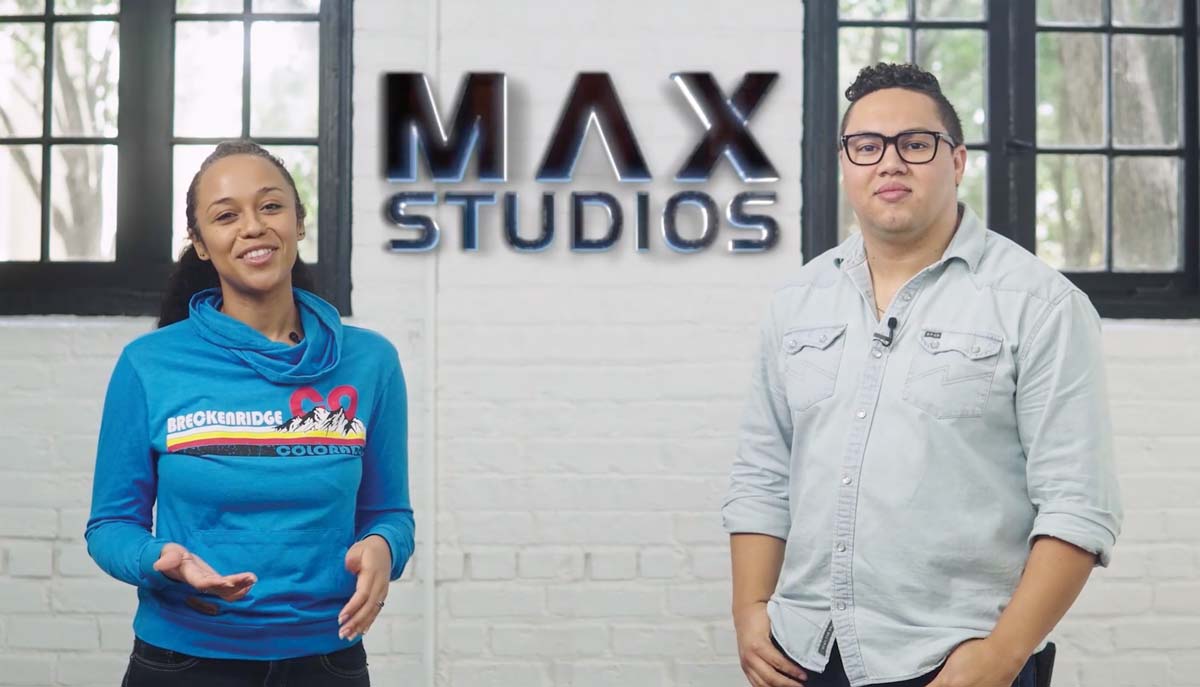 Bridget Richardson and Darnell Miller are co-hosts and producers of “The New Evangelization and New Media.” Episodes are expected to be available for free streaming on April 18 online at www.ustmaxstudios.com and from www.wordonfire.institute. (Photo courtesy of University of St. Thomas MAX Studios)

HOUSTON — Life is lived out on social media, and Catholics are very much a part of the movement.

Harnessing the expertise of major Catholic influencers who evangelize effectively on social media platforms, the University of St. Thomas-Houston (UST) MAX Studios, in partnership with the Word on Fire Institute, launched an innovative video series to show how to bring the Gospel to the digital world.

Each episode of the series, “The New Evangelization and New Media,” spotlights one of today’s most interesting and compelling Catholic influencers to share their experiences experimenting with technology and media to get to the heart of Catholic culture and reach their specific audience.

They will share their successes and failures, the challenges they face on a particular platform, and explain why it’s important for Catholics to see the value of engaging authentically in a digital space.

The lineup of personalities slated for the first round includes Australian singer-songwriter and YouTuber Father Rob Galea, Jonathan “Bearded Blevins,” who launched a ministry for gamers on Twitch, Waco’s mom-blogger and Word on Fire Fellow Haley Stewart, better known as @haleycarrots on Instagram, and America’s Next Top Model contestant Leah Darrow to demonstrate the need for evangelization on Facebook.

The second round of production, featuring Catholic influencers from TikTok, Twitter and in the podcast space, will be announced in the future.

“One of the institute’s eight principles is a special commitment to new media. I am very excited to act in an advisory role with UST’s MAX Studios on this project,” said Jared Zimmerer, the senior director of the Word on Fire Institute. “An aspect of the Second Vatican Council’s call to evangelization is thinking through new methods and approaches in how we bring people into a relationship with Jesus Christ. This production will be of great service to that mission.”

UST President Richard Ludwick said he understood both the tremendous power of social media channels to reach people worldwide and the responsibility to use those channels effectively to share the joy of the Gospel in a broken world.

“At UST, we are constantly seeking innovative ways to experiment with technology and media as tools to form our students and evangelize the culture,” Ludwick said. “The Church is as relevant today as it was 2,000 years ago, and the compelling experiences of this team of influencers are proof of that. The ministry of Word on Fire is proof of that, and we are so excited to team up to equip many more people with the right tools to seek the greater good in this dynamic digital environment.”

Filming for this project took place starting in March on UST’s campus at its state-of-the-art MAX Studios.

Episodes are expected to be available for free streaming on April 18 online at UST Max Studios and at the Word on Fire Institute.