By Jan S. Skrehot, Special to the Herald 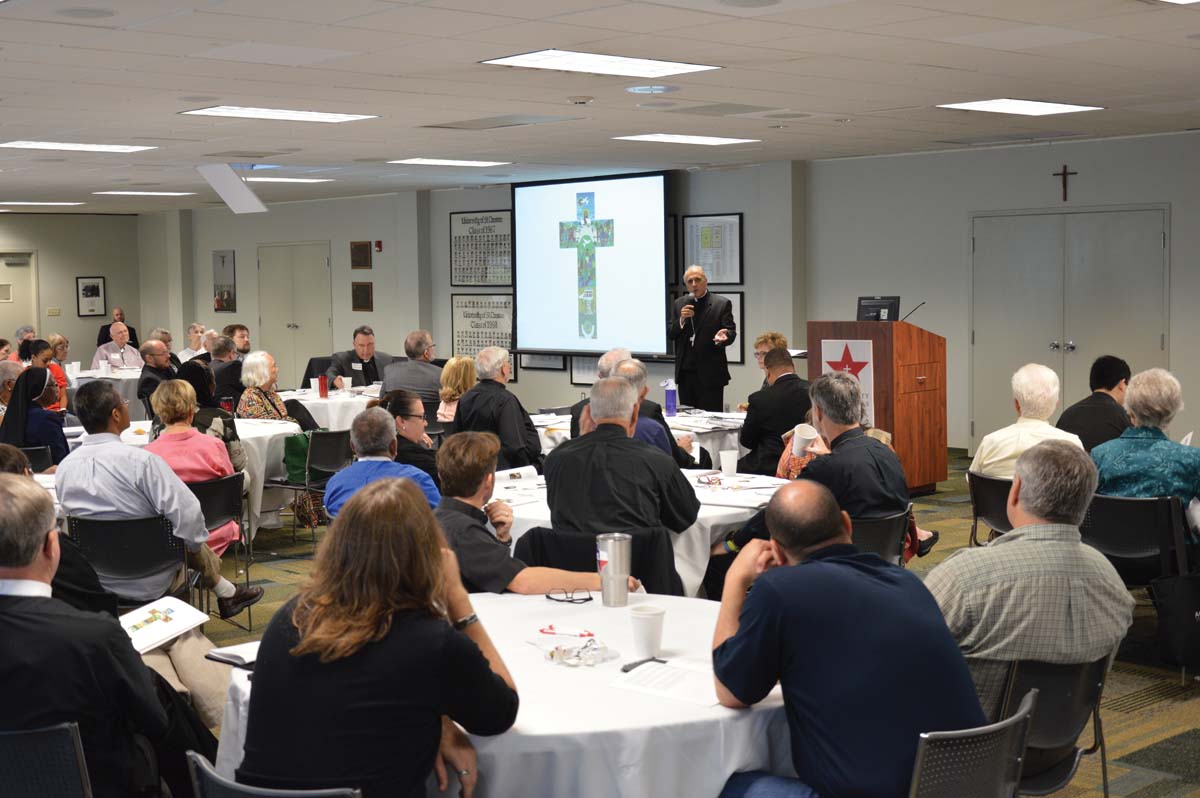 On Sept. 23, more than 100 people attended the Commemoration of the 500th Anniversary of the Reformation Lutheran-Catholic Symposium. Photo courtesy of the University of St. Thomas.

HOUSTON — Oct. 31 marks 500 years since Martin Luther published his 95 Theses, the doctrinal challenge that launched the Protestant Reformation. This action resulted in a painful division within the Body of Christ which has rippled down through the centuries.

Yet now, across the globe, Catholics and Lutherans are commemorating this anniversary together for the first time in 500 years.

On Sept. 23, the University of St. Thomas, in conjunction with the Archdiocesan Ecumenical & Interreligious Affairs Commission, and the Texas-Louisiana Gulf Coast Synod of the Evangelical Lutheran Church in America, cohosted The Commemoration of the 500th Anniversary of the Reformation Lutheran-Catholic Symposium.

On Oct. 31, 2016 in Lund, Sweden, Pope Francis and Lutheran World Federation President, Bishop Munib Younan, cohosted the joint commemoration of the Reformation at a global level, launching the 500th anniversary. Inspired by the examples of Pope Francis and Bishop Younan, and by Jesus’ prayer that all may be one, Lutheran and Catholic leaders, scholars and laity from across Houston came together to reflect on Church history, to acknowledge the progress of the past 50 years of theological dialogue between Lutherans and Catholics, and to commit to continuing along the path toward Christian unity.

Rev. David Roschke, Ecumenical/Inter-Religious Representative for the Texas-Louisiana Gulf Coast Synod of the Evangelical Lutheran Church in America, and Father Reginald Samuels, Ecumenical and Interreligious Officer for the Archdiocese, presented and signed letters from Houston detailing a statement of gratitude, encouragement and commitment to prayer and continuing dialogue between Lutherans and Catholics.

Rev. Roschke and Father Samuels invited all those in attendance to join them in signing the letters which will be sent to the Lutheran World Federation and the Pontifical Council for Promoting Christian Unity.

“Looking back together is how we begin to move forward together,” said Father Christopher Valka, CSB, director of the Donald S. Nesti, CSSp Center for Faith & Culture at the University of St. Thomas.

The Symposium was preceded by a Lutheran-Catholic clergy luncheon hosted by Cardinal DiNardo in May, 2016, to begin Houston’s events in commemoration of the Reformation. A Common Prayer Service will be held at the Co-Cathedral of the Sacred Heart on Oct. 25 from 7:30 to 8:30 p.m. to close the 500th anniversary of the Reformation, with the commitment to continue together along the path toward unity.