Two of a kind: 2 priest ordinations a show of courage despite pandemic 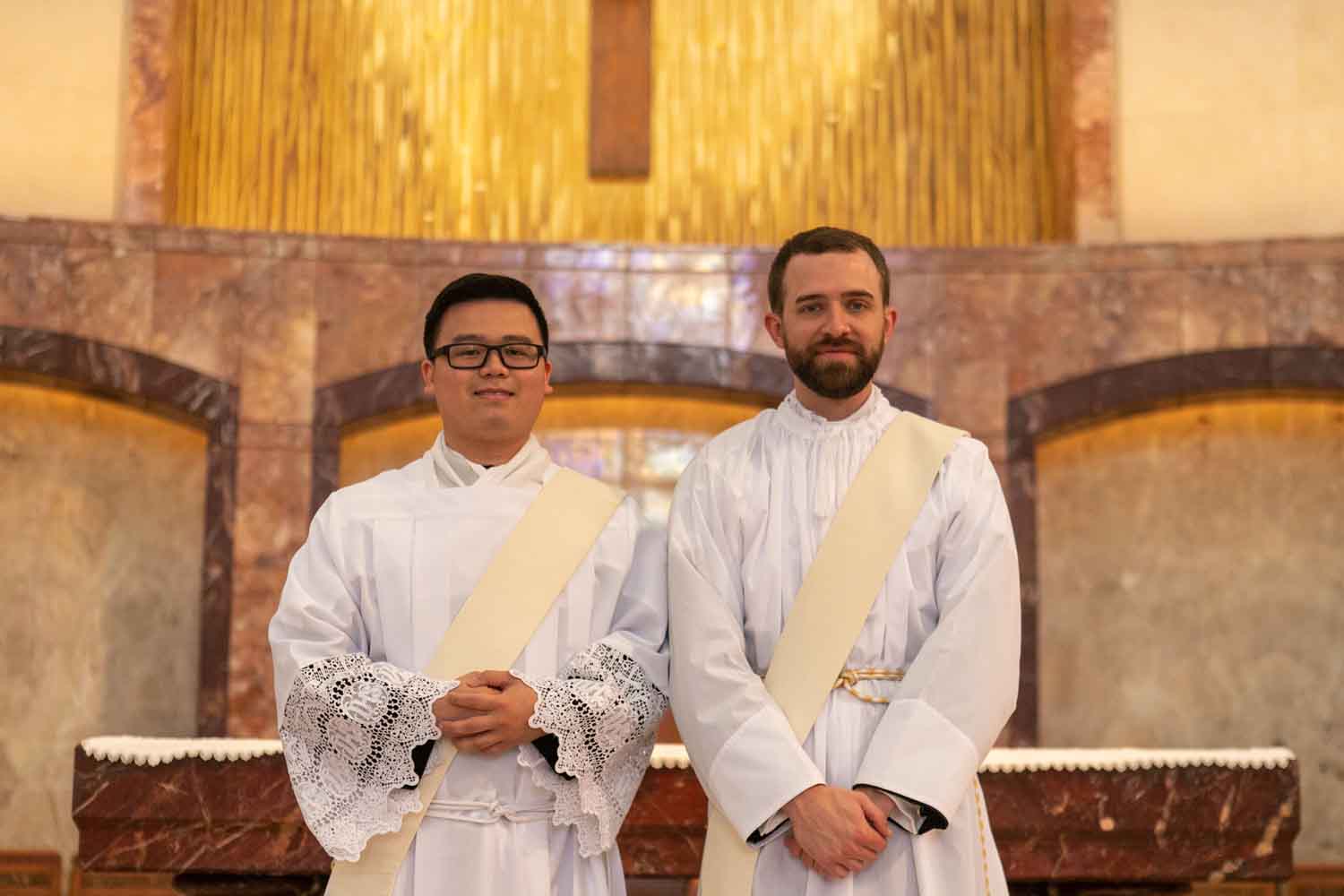 (Left to right) Transitional deacons Thuc Nugyen and Mark Hebert were ordained to the transitional diaconate in 2019 by Galveston-Houston Auxiliary Bishop George A. Sheltz. On June 6, the two men will be ordained to the priesthood by Daniel Cardinal DiNardo at the Co-Cathedral of the Sacred Heart in Houston.

HOUSTON — Two new priests, Deacon Mark Hebert and Deacon Thuc Nguyen, will be ordained June 6 at the Co-Cathedral of the Sacred Heart during the coronavirus pandemic.

With safety protocols in place, Daniel Cardinal DiNardo will ordain the two men to the Sacred Order of the Priesthood through the imposition of hands and the invocation of the Holy Spirit.

Because of capacity limits due to COVID-19 restrictions, the Mass is by invitation only. The 10 a.m. Ordination Mass will be livestreamed online at www.archgh.org/live and on social media. 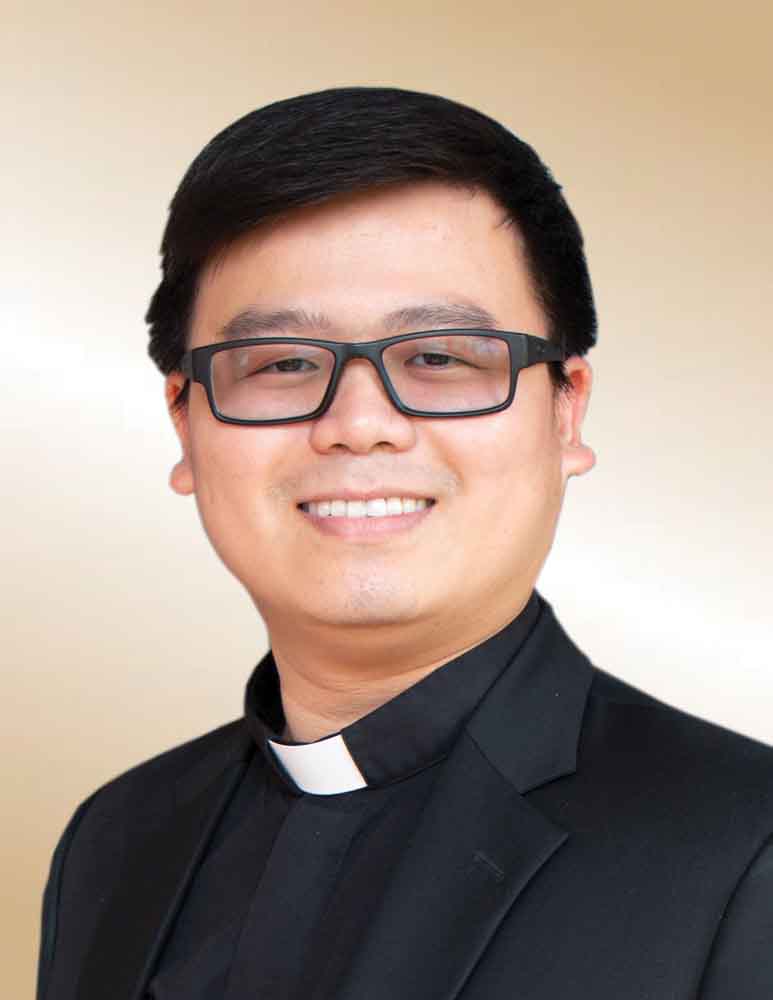 Deacon Nguyen came to the United States from Vietnam as a teenager with his family in 2007. Once in Houston, they worshipped at St. Christopher Catholic Church. Now 13 years later, Nguyen’s journey has led him to this devoted sacrifice.

“I found my vocation to the priesthood of Jesus Christ through both the Sacrament of Reconciliation and the Eucharist,” he said. “Through both of these Sacraments, I felt God’s grace and love overflowing into my heart and called me to take action even when I was still in doubt.”

But rather than an “A-ha” moment, the decision was a lengthy one of discernment, he said.

“As a college student desiring to make my parents proud with a great career and good family, is the Lord really calling me to give up all that I want to do in order to do what He wants me to do?” Nguyen said that was one of his many questions.

“I remember the day I shared my thought of entering into formation to be a priest, my mother told me her all-time desire was for me to discern God’s will in my life to be a priest. The conversation with my mother gave me the courage to trust, to take action toward discernment and to ‘do whatever He tells you’ just like our Blessed Virgin Mary told the servant in the Wedding of Cana (Jn 2:5),” he said.

Now residing at St. Mary’s Seminary, Nguyen said, “Through the years of formation with many joys, difficulties and challenges, I have come to trust in the Lord.”

Now working at St. Frances of Cabrini Catholic Church, Nguyen said he continues taking classes online and ministers to others through livestream for daily Masses, prayers and devotions. 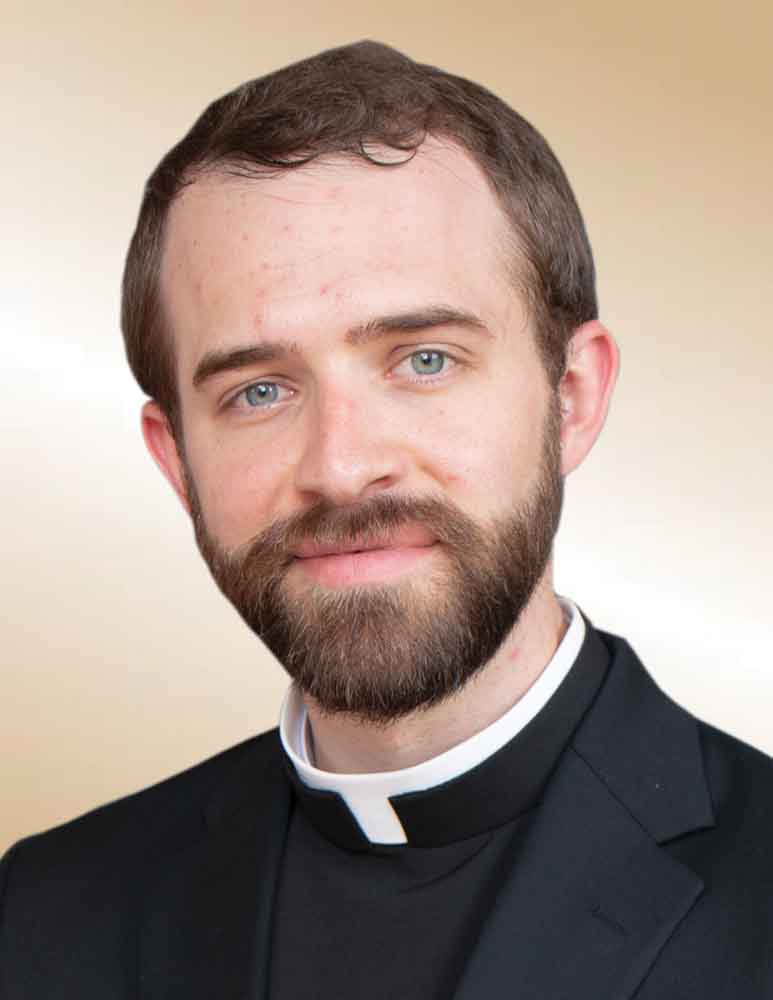 Deacon Hebert said he also came to know that God was calling him to be a priest over time as he grew up in a rural part of southeast Texas.

“I loved growing up in that little rice farming community close to Winnie, Texas. My family has been so supportive of me throughout this whole process,” Hebert said. “My family is mostly Cajun and Catholic, with most of my relatives living over the border in Lake Charles and Lafayette.”

“I started really thinking about entering seminary when I was in high school,” he said. “During my senior year of high school, I went on a ‘Come and See’ retreat at Holy Trinity Seminary in Dallas.”
That retreat experience confirmed his decision to enter the seminary. While St. Theresa Catholic Church in Sugar Land is his home parish, Hebert was assigned as transitional deacon to Sacred Heart Catholic Church in Conroe.

“I have been so blessed to minister alongside the pastor, Father Phillip Wilhite, over this past year. I will continue to serve at Sacred Heart until I receive my first pastoral assignment as a priest in June,” he said.

Immediately before the quarantine began, Hebert’s class at the seminary went on a retreat led by Bishop Daniel Flores in preparation for ordination.

Upon returning to the seminary during quarantine, they continued formation and finished their studies online.

“We have been able to celebrate daily Mass and continue a life of prayer. It has been a powerful time for me to learn how to be a true intercessor for the people of the Archdiocese during this uncertain time,” Hebert said.