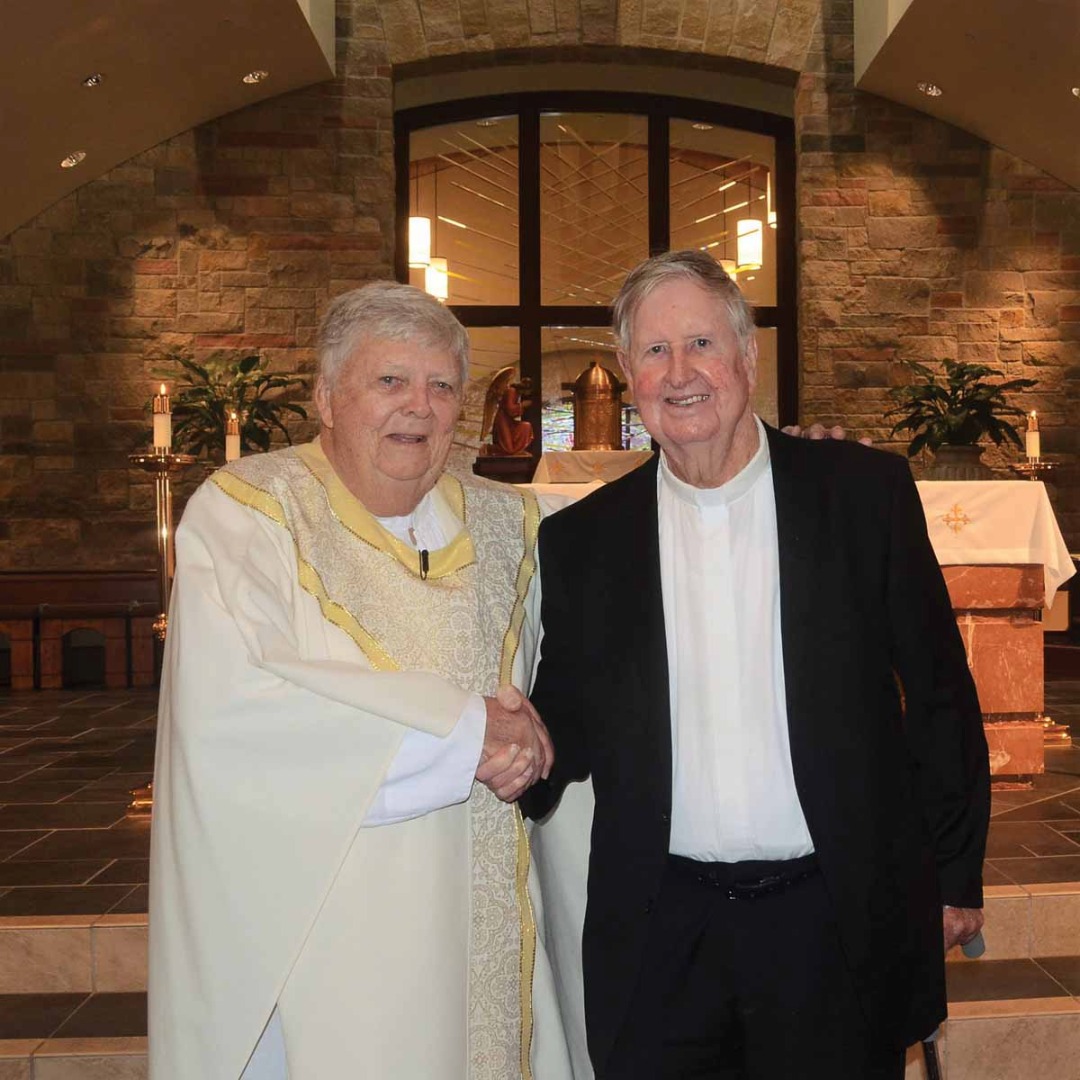 CROSBY and SPRING — Monsignor Fred O’Connor and Monsignor Eugene Francis celebrated their 65th anniversary of the priesthood on Sunday, May 21.

he event was attended by more than 300 people from the many parishes Monsignor O’Connor served. He was also with the prison ministry during the many years of his priesthood.

Monsignor O’Connor and the group from the retirement residence then traveled by bus from Crosby to Spring to celebrate Monsignor Francis’ anniversary, joining 650 people.

Monsignor Francis was the founding pastor of St. Edward Catholic Church. In 1968 he was brought from Hungerford, Texas, to start a church in Spring. In the fall of 1971, a beautiful wooded site was purchased. In 1976, St. Edward the Confessor Church was blessed and dedicated by the Most Reverend John L. Morkovsky, Bishop of Galveston-Houston at the time. Monsignor was the pastor at St. Edward parish from 1969 to 1981.