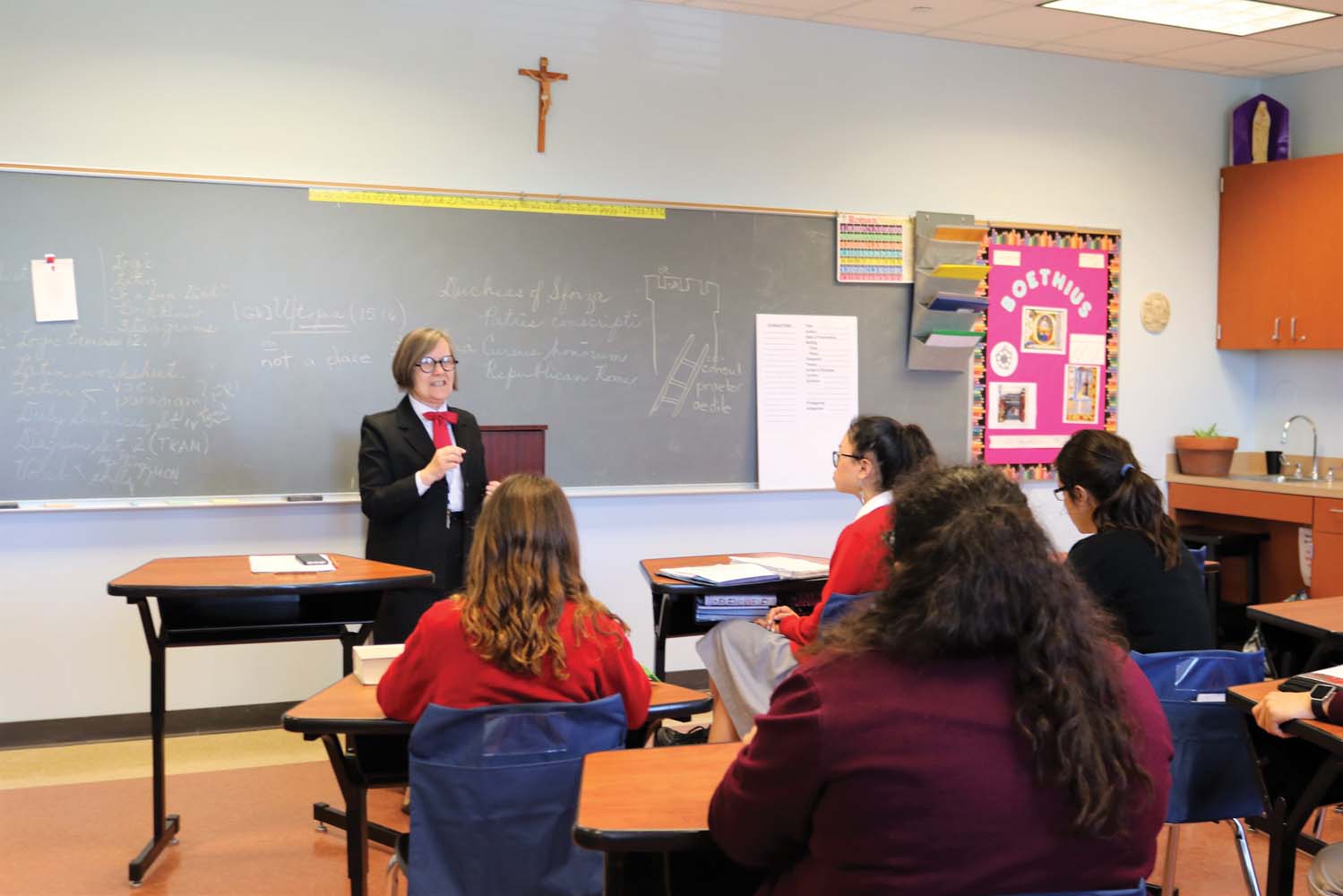 Both schools now appear on the national Cardinal Newman Society Honor Roll list, which only features six Texas schools so far. St. Theresa is the first to be awarded this honor among Pre-K to 8th Grade schools affiliated with the Archdiocese of Galveston-Houston.

The honor is given to schools that distinguish themselves in strong Catholic identity as well as academic excellence. Those schools applying for the honor must demonstrate how they excel in promoting Church teachings and service to the broader community.

St. Theresa headmaster Mark Newcomb said, “Christ stands at the very center of our educational model. The ancient philosophers, from Socrates to Aristotle among the Greeks and Cicero and Seneca among the Romans, wrote about human virtue, and Jesus is virtue incarnate. In this way, our classical foundation is the seat of a vibrant life of the Catholic faith.”

In its application for the recognition, St. Theresa listed three key ideals a Catholic school student should embrace before graduating from the school: love of God and fidelity to Church teaching; cultivation of a life of faith in action, including Mass participation and prayer; and regular engagement in servant leadership within the community.

Community services for STC include students participating in clean-up events for Keep Sugar Land Beautiful, performing for area veterans in the annual Salute to Our Heroes concert, collecting socks and gloves for those in need and helping with the Thanksgiving Food Drive.

St. Theresa advancement coordinator Betty Pruski said, “Our students become leaders in promoting the faith. Last spring, for example, a pair of our seventh-grade boys founded a Rosary and Adoration Club with student, faculty and staff participation. That is a real fruit of the Holy Spirit, to see students creating devotional opportunities for the whole community.”

Frassati’s principal Sister John Paul, O.P., said, “The Frassati Catholic community works hard to assure that a strong Catholic identity permeates all that we do in preparing our students to be future leaders both in our society and in the Church, and we are grateful that our efforts are recognized by our place on the Honor Roll.”