Tug-of-war over abortion continues with overturn of Roe 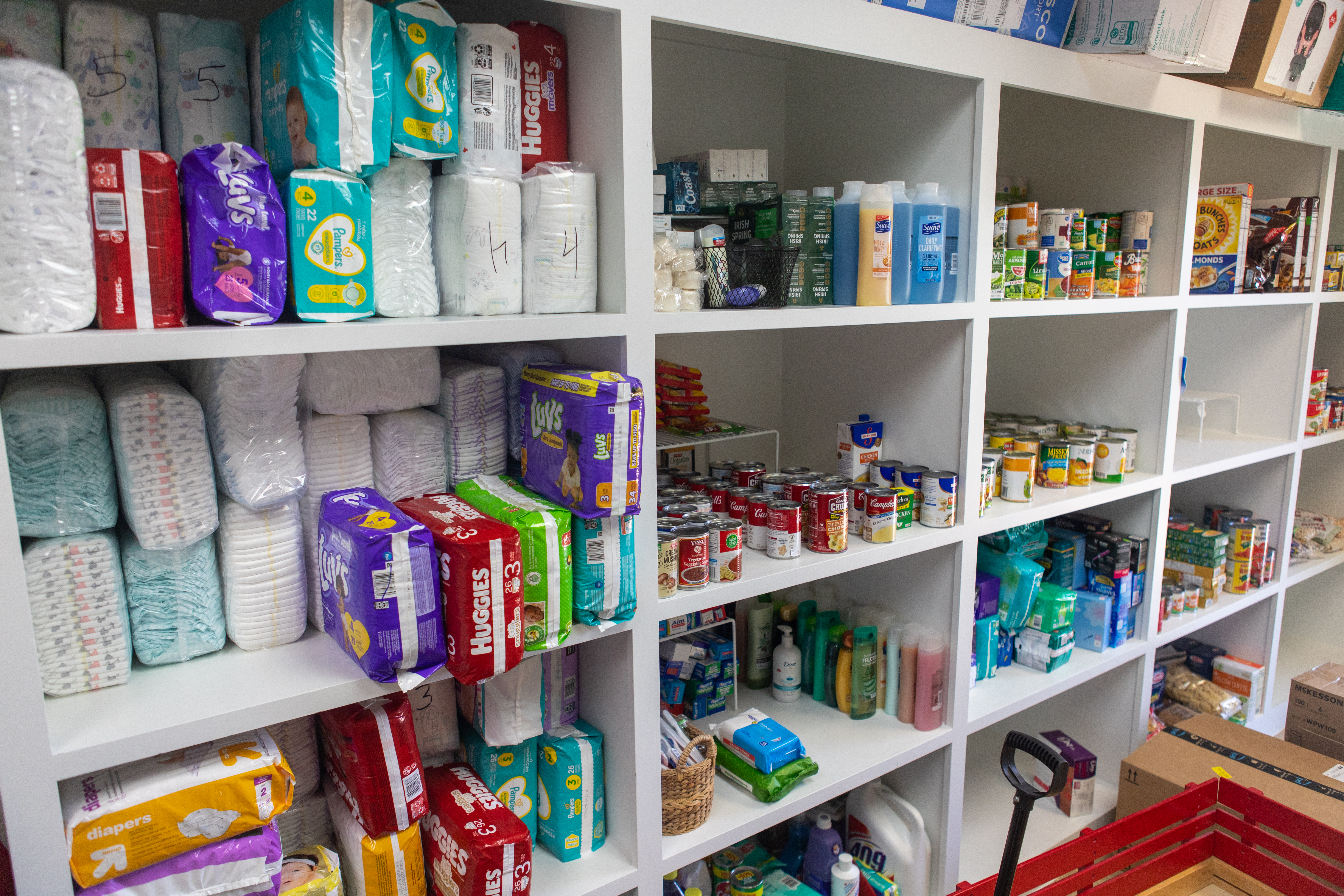 HOUSTON — Ivanna, a recent high school graduate, said she found out she was expecting a baby after taking a home pregnancy test in a Target store bathroom.

In an interview with Catholic Guadalupe Radio Network (KSHJ 1430 AM) broadcast live on June 27 at the Loving Choice Pregnancy Center in Spring, Ivanna said she broke the news to her mother a few days after the positive test result in early December.

“She was in shock because she did not know that I was sexually active,” Ivanna said. After discussing it together, they both visited with their pastor at Christ the Good Shepherd, who referred them to Loving Choice, a Catholic pregnancy center offering free ultrasounds, counseling and other services.

“Everyone was super-sweet at the center, telling me ‘Congratulations!’ she said. “We received lots of compassion, not judgment.”

Now expecting to soon deliver her son in August, Ivanna and her mother receive weekly counseling at the center at 17835 Kuykendahl Road. After taking Lone Star College courses online, she has decided to take a “gap year” to raise her child.

Several nurses at the center give up to seven free ultrasounds a week and are increasing the schedule up to 17 a week as the need arises.

“It’s very exciting work to share with the women and their families the beautiful experience of seeing the baby in the early gestational stages and hearing the heartbeat,” said Nancy, one of the nurses.

“This is the end of an era and the beginning of a new one in a time where most women of child-bearing years have only known abortion as an option,” Dumalet said.

This latest decision reverted abortion policies back to the authority of individual states. California, New Mexico and Colorado, among other states, allow the procedures, while Texas and other conservative states have outlawed abortions.

But in the latest legal tug-of-war, abortions can resume in Texas after a judge June 28 blocked officials from enforcing a nearly century-old ban the state’s Republican attorney general said was back in effect after the U.S. Supreme Court overturned the constitutional right to the procedure nationwide.

The temporary restraining order by Harris County Judge Christine Weems came in an effort by abortion providers to resume services after the U.S. Supreme Court overturned Roe v. Wade. The order allowed clinics to resume services, for now, in a state where abortion was already restricted to only up to six weeks of pregnancy.

“We need to be fighting to make sure women have what they need to raise that child,” said Dumalet, an attorney who formerly practiced civil law.

The Catholic Church has several programs to help women in addition to the pregnancy center, including the Gabriel Project at churches assisting pregnant women in crisis with support and community resources, and Walking with Moms in Need, part of a nationwide effort by the United States Conference of Catholic Bishops Secretariat of Pro-Life Activities trying to gain grassroots traction in parishes to support women as parents, she said.

Catholic Charities also offers diapers, car seats and other help in its program of Blessed Beginnings.

“But we need public policy across the country on how to support working parents. We need family-friendly and life-affirming legislation for paid maternity and paternity leave, child tax credits and affordable daycare,” Dumalet listed.

She recommends having discussions with young people not only on what careers they want to pursue, but also about what their future family would be like.

“Careers come and go — I’ve had three careers. But whom we choose to live our life with makes it worth living for,” she said.

Reasons cited for abortion decisions are varied but often center on financial or relational concerns — the family could not afford another child, not wanting to be a single mom, or being coerced by parents or boyfriends, she said.

“Our pregnancy help center and other programs provide wonderful services of assistance and accompaniment for women and their families. But as a whole, society needs to restructure itself, so support for families becomes a priority. We all need to up our game,” Dumalet said.

“We need to raise the bar and help moms in vulnerable positions and those who need assistance,” Hinojosa said. “As Knights, we are inspired by the Holy Spirit and support our clergy, Catholic youth and pro-life for families is at the center.”

“We’re not just writing checks, but we have immersion in prayers. With God’s will, we want to expand our pregnancy centers to the east, west, central and south in addition to this north office,” he said.

Fundraising for the services at pregnancy center includes a violin concert, “Vitae Violin,” set for Aug. 20 at the Holy Rosary Catholic Church, 3617 Milam St., with a 6 p.m. reception and a 7 p.m. performance. The concert features Matthew Madonia and Jennifer Gutierrez. They have conducted similar concerts on behalf of Loving Choice at other churches.

An even bigger fundraiser is the Texas Hoedown Gala, scheduled for Saturday, Nov. 19, from 6 to 11 p.m. at the Town Hall Texas in Conroe. For more information, visit loving-choice.org.