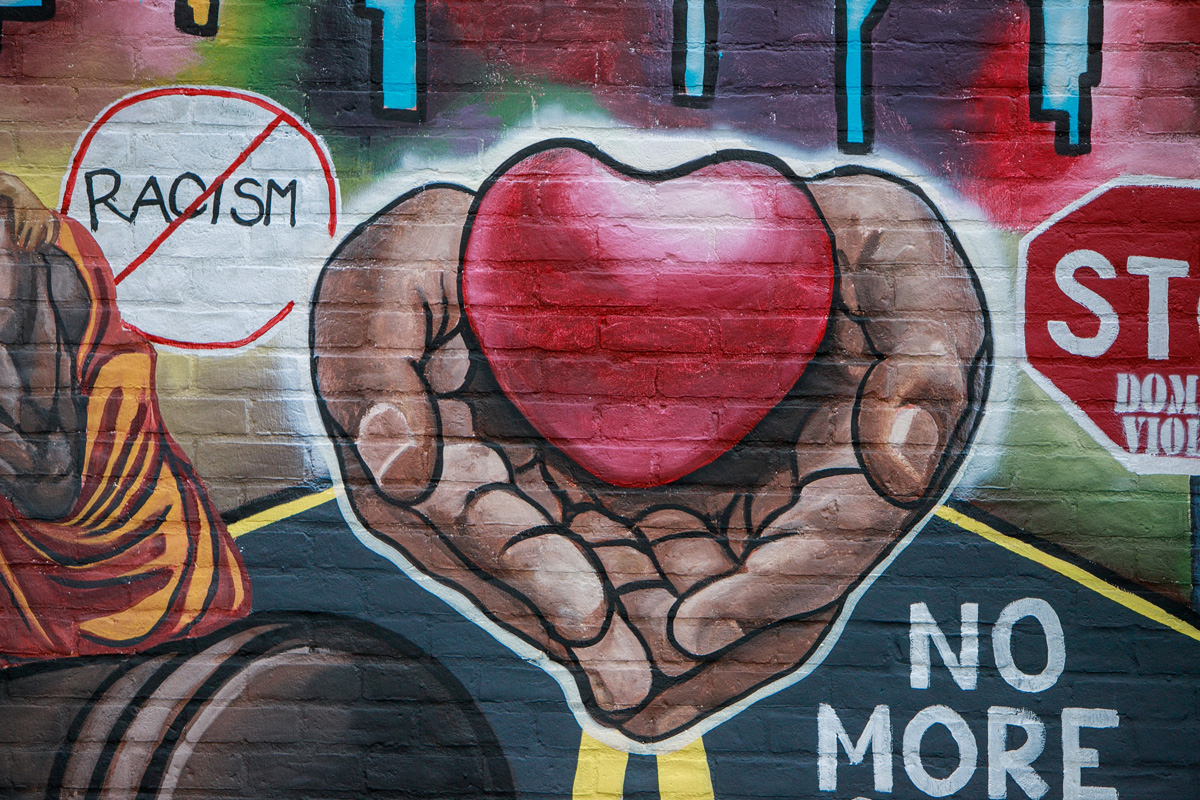 HOUSTON — The experience of moving into a dorm to start the fall college semester is unique. The atmosphere can buzz with the excitement of a new semester, the anxiety of classes, new or different friends balanced with the optimism of new growth and education.

Watching caravans of new and returning students pass by his office at the Texas Southern University (TSU) Newman Center, located at 3535 Wheeler Ave. in the heart of the Third Ward, Doris Barrow could only hope to help as students returned to campus Sept. 10 to 13.

Usually, he helps students move-in alongside other Catholic student leaders from the Catholic Students Organization, helping with directions, carrying belongings or anything else that can help ease the transition to a new semester.

With new university-instituted COVID-19 rules, which include restricted visitor access to campus and a modified 13-week semester that started Aug. 19 entirely online and will conclude before the Thanksgiving holiday, this semester will be anything but typical.

For now, as campus minister and leader of the TSU Catholic Newman Center, Barrow can only throw open the doors to the center as a place of solace and community after a summer of fast-paced change and unrest.

With the deaths of Houstonians George Floyd and Vanessa Guillén, civil unrest marked by protests and public calls for change has altered the country’s racial justice landscape.

At one of two historically Black colleges and universities in the Archdiocese — the other is Prairie View A&M University — Barrow helps lead a unique ministry within the Catholic Church: offering spiritual care, working with nearby clergy, and ensuring the academic success of Catholics attending the school, especially African-American and the university’s growing Latino population.

Because of the pandemic, the center started ministry off virtually, hosting Scripture study and fellowship nights online in September. Just weeks after Floyd’s death in May, Barrow started hosting a virtual Rosary every Tuesday at 12 p.m. to seek the Blessed Mother’s intercession to Jesus to end the sin of racism.

Barrow said the effort has been “beautiful,” and has been received well by the wider Catholic community. A similar Rosary held in the Archdiocese of New Orleans inspired Barrow to start the devotion here in Houston.

With the new semester now in full swing, the Newman Center’s Chapel remains open during the day to students wanting quiet time for personal prayer, Barrow said. The Newman Center’s library was also open for students looking for other places to attend virtual classes or a space to study.

As a campus minister, Barrow keeps a close eye on his student community at the Newman Center and at TSU.

Following Floyd’s death and the ensuing nationwide unrest, he noticed the students reacting in different ways, some subtle, others more obvious, which concerned Barrow. In the summer, after a semester turned virtual nearly overnight, the student community had to wrestle with the repercussions of the pandemic, and the stark realities of racism made so apparent all around them, he said.

With the world at their fingertips, including content like the video of Floyd’s arrest, or Ahmaud Arbery’s shooting in Georgia that was also filmed, Barrow began seeing “elements of psychological trauma” in the students. As the videos grew more viral, his students saw the content played “over and over” again.

In his Black male students, reactions were diverse. Cynics said “nothing will change,” others chose avoidance and decided not to deal with the issues or only express anger and hopelessness. But those who were hopeful, Barrow said, helped prompt questioning and conversation.

But he heard one singular thread: “What is God’s role or plan in this? How is God going to help rectify this? What is God doing about this?”

Barrow said the students told him that Floyd’s death, as well as the pandemic, had caused them to pray more.

That prayer also leads to action, he said. He noticed the Latino students, many who are first- or second-generation American citizens, immediately raised their voice for change and brought up related immigration issues.

“A number of those students are Dreamers,” Barrow said, referring to recipients of the Deferred Action for Childhood Arrivals program.

“Their experience of racism is different. I try to give a voice to the varied experiences, and all require a unique approach.”

Barrow recognizes how the painful experiences of racism are different, and that informs his ministry. A growing nationwide effort to find new ways to minister with topics like racism lets Barrow guide the students to explore Church teachings on racism and how to live them out.

“My goal is to accompany them and work through these things instead of telling them what to do and how to do it,” he said.

Barrow lauded fellow campus ministers and student communities in the Archdiocese “who wanted to walk with the TSU community and neighbors.”

Though virtual events are typical these days, Barrow said they lack the organic elements that happen at in-person events. The Newman Center is committed to offering community-based ministry to share “deeper experiences.”

He said they look forward to the day when they can fill the Newman Center with students like they used to.

But for now, outside of Sunday Mass, Thursdays become a day of activity: With the help of nearby clergy, the Newman Center offers Eucharistic Adoration at 12 p.m., mid-day online prayers at 3 p.m. and virtual Scripture studies at 7 p.m.

Two other spiritual hubs, a nearby parish within walking distance and the Catholic Newman Center at the University of Houston just five minutes away provide other opportunities like daily Mass.

As students enter pre-professional programs, like the law or pharmacy school, Barrow said their availability lessens, but they still desire to embrace their Catholic faith.
A number of students from the TSU College of Pharmacy held a summer drive to benefit San José Clinic, located at 2615 Fannin St. in Houston.

San José Clinic, a 98-year-old health clinic for the underserved in the Houston metropolitan area, received more than $1,800 worth of monetary donations and pharmacy supplies.

“These blood pressure monitors and bilingual pillboxes will be a tremendous asset to our patient care team as we continue to provide optimal care for the underserved,” said Dr. Adlia Ebeid, directory of pharmacy and clinical services.

This kind of action inspires Barrow to encourage the Catholic student community at TSU to engage in service.

To learn more about the TSU Newman Center, visit www.tsunewmancenter.com or call 713-747-7595.