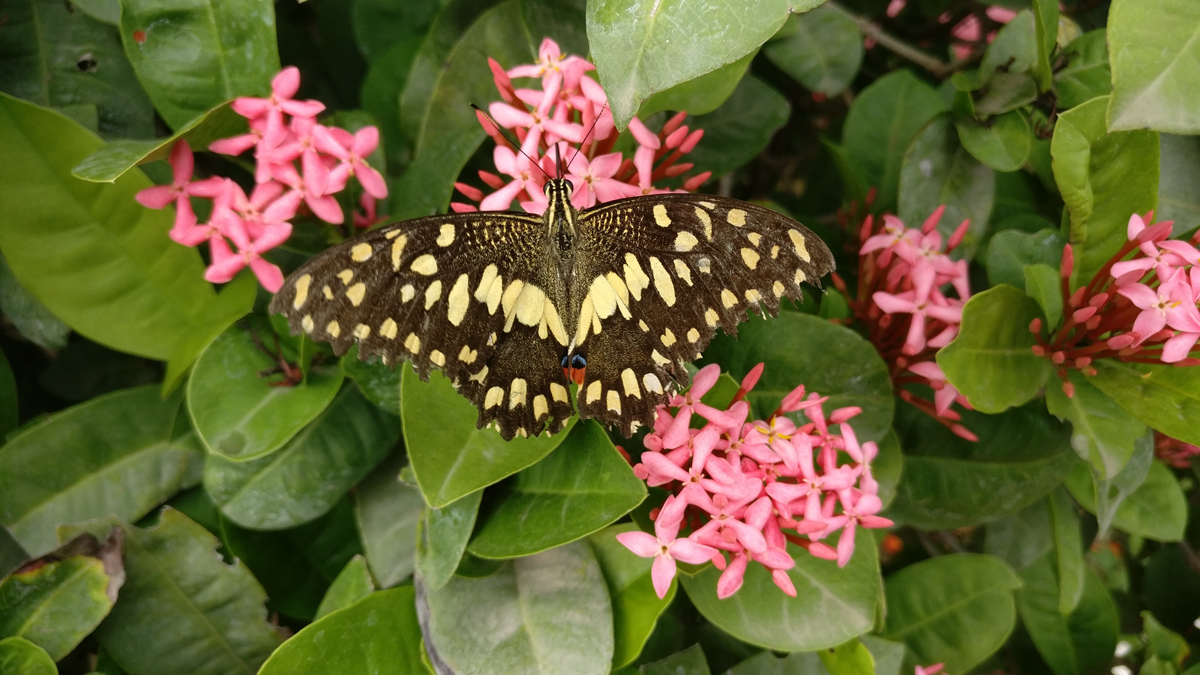 THE WOODLANDS — The soft Irish lilt sounds as familiar as Roma Downey’s character on the TV series “Touched by An Angel,” as she promotes her newest creation, a very personal book called “Box of Butterflies: Discovering the Unexpected Blessings All Around Us.”

“I felt quite vulnerable writing this book, talking about how my mother passed at a very young age of a heart attack when I was only 10 years old... then I lost my father when I was 20,” Downey said in a telephone interview from her Malibu home.

“But I know from being the angel messenger in our show where we had up to 20 million people watching every week, that there is a real hunger for spirituality,” said the 57-year-old, a practicing Catholic whose brother is a priest in northern Ireland.

Airing from 1994 through 2003, the series also starred actress and singer Della Reese, who passed away last year at the age of 86, but had earlier written a foreword for Downey’s book, talking about their friendship.

Reese wrote, “We are soul sisters, and it is as if we have known each other forever. As you will learn in these pages, she has become my daughter, and I her mama. I’ve loved seeing her grow into the beautiful mother, wife, producer, author and extraordinary woman she is today.”

Downey said, “Her words are even more meaningful to me now because we didn’t know then that she wouldn’t be with us with the book finally coming out March 6. I’ve been working on it for the past two years.”

Downey is scheduled for her book-signing March 15, Thursday at 7 p.m. at the Barnes & Noble in The Woodlands, 1201 Lake Woodlands Drive.

“Every morning I wake up, I give thanks and gratitude to God. When I was a little girl, I felt unworthiness when my mother died. It was confusing as a child — if only I had been better, perhaps she would have lived,” she said.

“But when I was with my father at her gravesite, and he was very devout, a butterfly landed nearby. He said, ‘that wee butterfly may be your mother’s spirit.’ That’s what I needed to be healed, his encouragement. What a comfort that was and it penetrated the darkness.”

There are also praise reviews of the book from Archbishop Jose H. Gomez of Los Angeles who wrote, “Roma talks personally about her own sorrows and struggles, and her book will offer consolation to others, helping them face their troubles with renewed courage and trust in God.”

Donald Cardinal Wuerl, Archbishop of Washington, also added, “This book gladdens the heart, nudges the memory and lightly touches the soul with inspiration.”

Downey sprinkles quotes from a variety of sources, including actor John Wayne’s “Courage is being scared to death, but saddling up anyway.” She also pulls from her favorite verses in Scripture such as Isaiah 41:13, “For I am the Lord your God who takes hold of your right hand and says to you, Do not fear; I will help you.”

Downey and her husband, producer Mark Burnett, who works on “The Voice” and “Shark Tank,” have created a number of faith-based TV shows and movies including “The Bible” series that aired on the History Channel. Now trying to reach a younger audience, they launched an online enterprise called Lightworkers.com with uplifting videos and content.

Their most recent project as producers is developing a pending Netflix’s drama series “Messiah,” from writer Michael Petroni (The Book Thief). The 10-episode Messiah explores the lines among religion, faith and politics. It chronicles the world’s reaction to a modern-day man who first appears in the Middle East creating a groundswell of followers around him claiming he is the Messiah.

To be a woman of faith in Tinseltown, Downey said she and her husband are called “the noisiest Christians in Hollywood.” She said, “There is a lot of cynicism there, but there are good people everywhere. And now the balance of power is improving as more women are speaking out about abuses. We need to remember that God is always with us everywhere we are.”