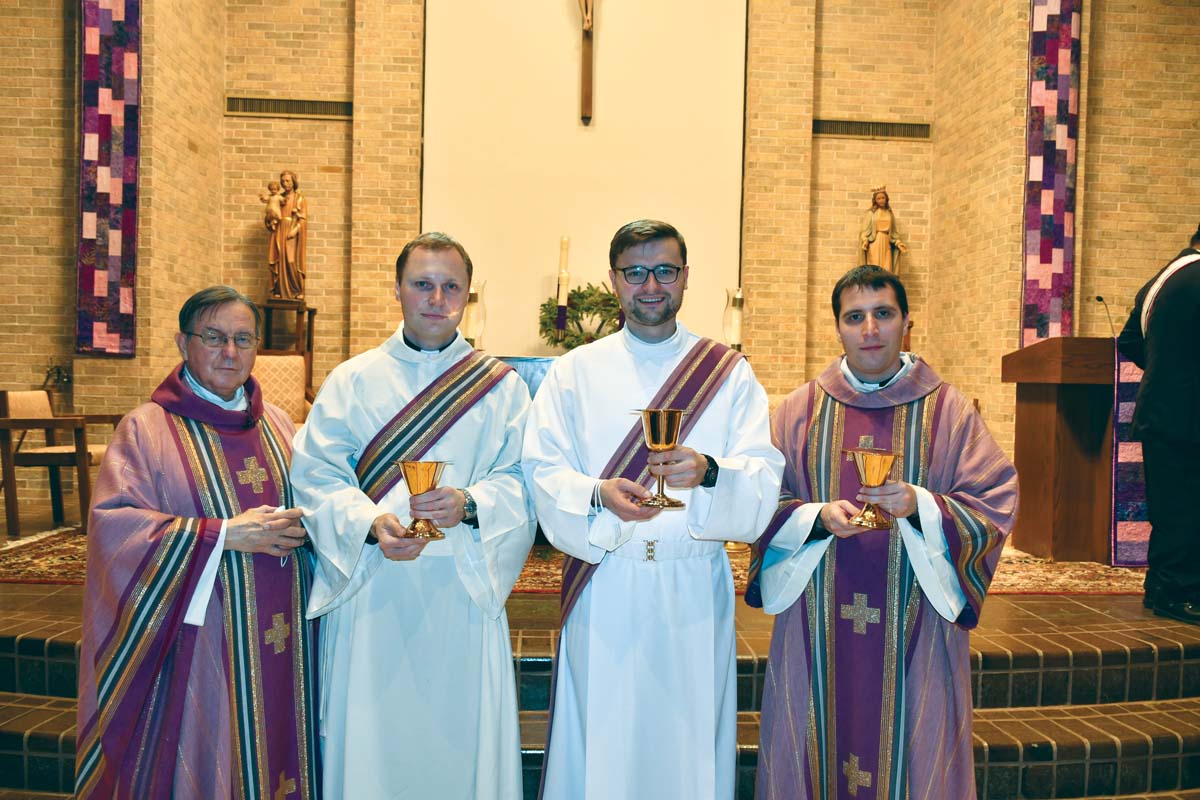 HOUSTON — Three transitional deacons from the Czech Republic visited Texas in December, taking in both the local culture and liturgies.

Father Paul Chovanec, the pastor of St. Justin Martyr Church in Houston, helped facilitate their visit to Galveston-Houston Dec. 9 to 12.

But this year, Josef Biernát, 32, Jan Kríž, 26, and Karel Honka, 25, toured NASA’s Johnson Space Center and Space Center Houston, visited the Co-Cathedral of the Sacred Heart and had an evening with the Knights of Columbus among many other events.The deacons stated they enjoyed having parish meals and fellowship, which they said they don’t have as many of back in their parishes.

“Our fellowships are not organised in interparish structures and we usually don’t have any employees in parishes. Our parishes are smaller and less multicultural,” they said.

The deacons represented three different dioceses in the Czech Republic.

Since 1999, Texas has welcomed a group of Czech deacons, which have in the past visited other Texas dioceses, and even Louisiana. A Czech contingent in Texas worked to bring transitional deacons to the Lone Star State as a way to connect the two people who unite in the Catholic faith.

Czech people first arrived to Texas as early as 1823, with settlements in Austin, Fayette, Lavaca and Washington counties growing as Galveston became a popular point of entry. As many as 90% were thought to be Catholic, according to the Handbook of Texas.