The roots of Catholic faith begin with family 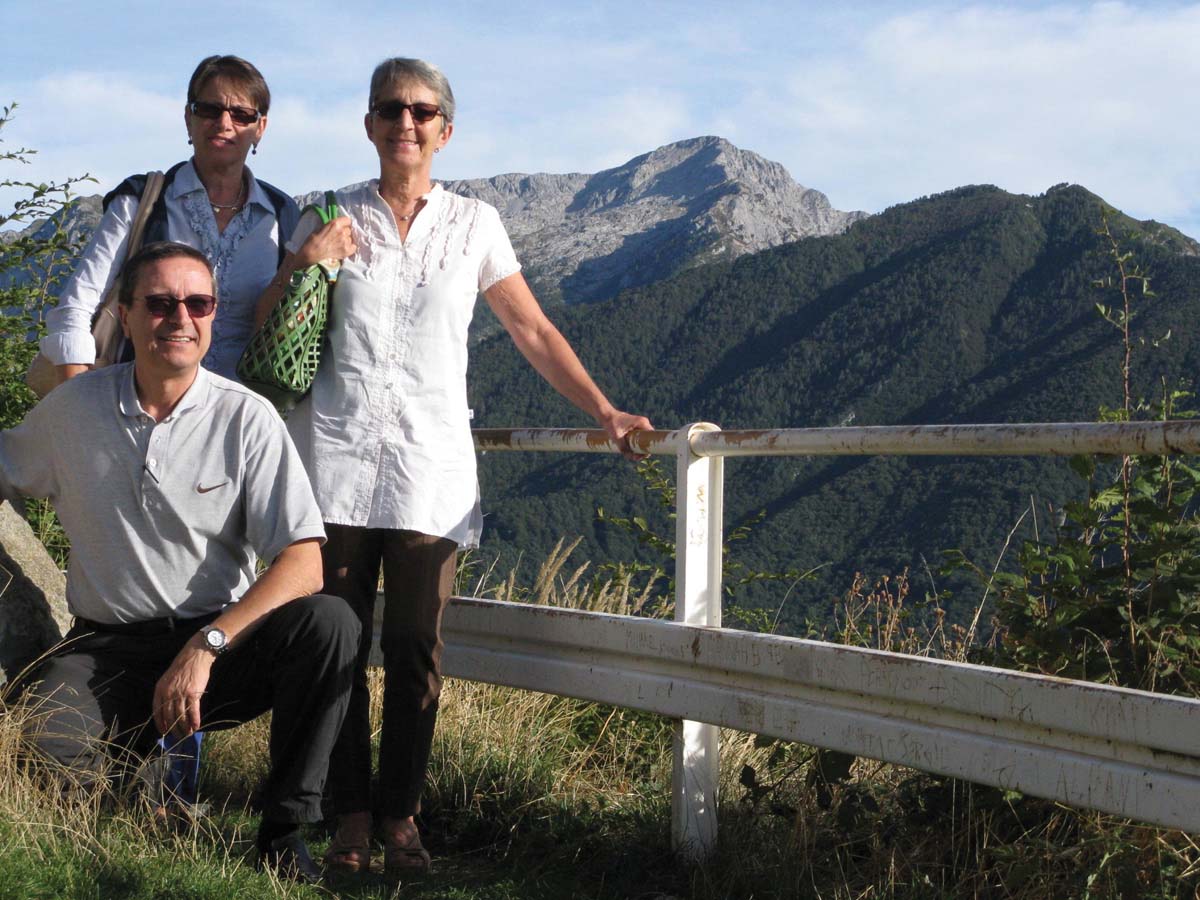 HOUSTON — Bishop-Elect Italo Dell’Oro was born in Malgrate and grew up in Valmadrera, Italy, the same hometown of his late, beloved parents Guiseppe and Silene (Crippa) Dell’Oro. The 68-year-old priest remembers his family being one of the first to build a house in their community.

“That’s a beautiful memory that I have, my parents in general and my dad in particular,” he said. “They made a lot of sacrifices to build a house. To have a small house with a little garden, that was something. It was beautiful. I was always aware that we were limited in terms of money as I was growing up. But we had what we needed.”

The bishop-elect’s childhood memories are also steeped in time shared with family and loved ones near the pristine waters of Lake Como and the majestic Alps.

“That is something that I remember fondly, going with family and friends up to the Alps nearby,” he said. “You travel an hour-and-a-half, and you are there. At the same time, we’d go hiking nearby.”

The Somascan priest shared the house and many of these experiences with his parents and two sisters, Michela and Edvige (Edy). Both siblings provided comments via email with the Texas Catholic Herald about their brother — the middle child and a bishop-to-be — and their late parents.

“My parents loved traveling, and they were adventurous: the five of us would leave in our small Bianchina (Fiat 500) and away we would go, often to Switzerland together with a couple of cousins who would follow us on their motorbike,” Edy, 62, said. “We spent the night in a zimmer (room) and during the day, we visited various places and had picnics on the meadows. Thinking about this makes me smile… those were lovely times.” 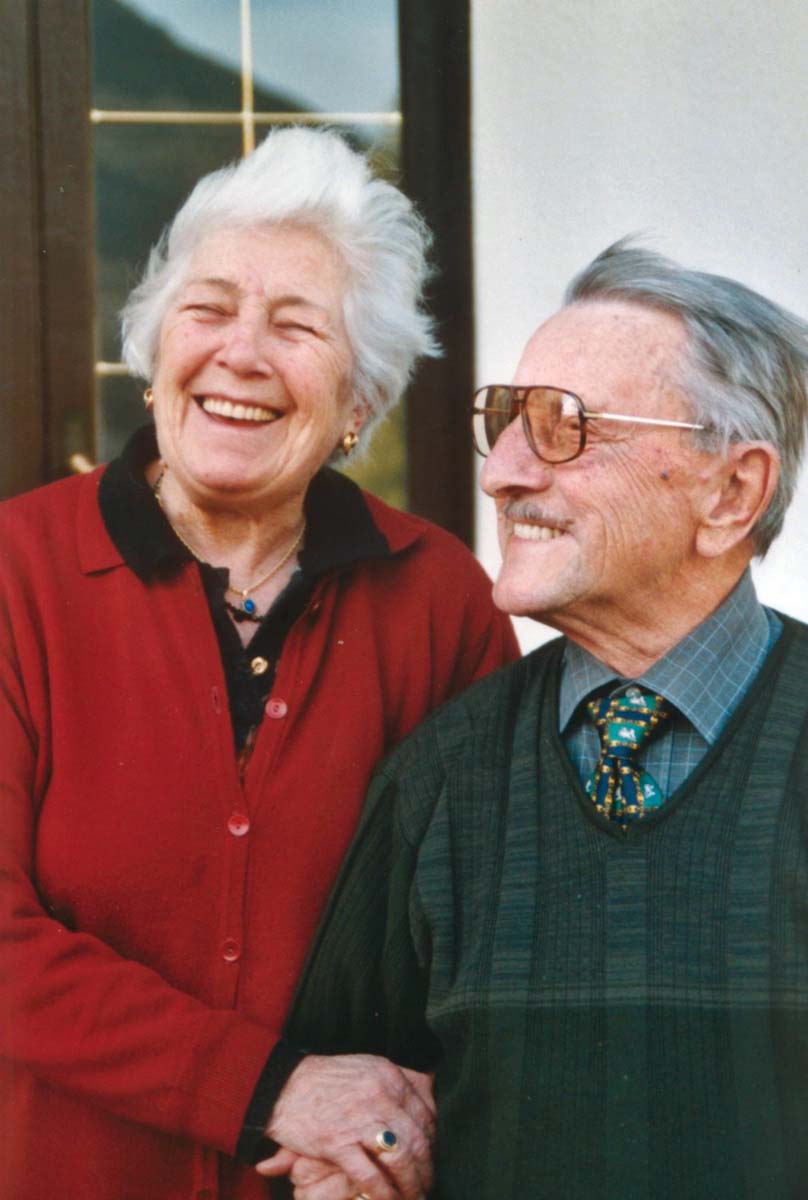 During the holidays and sometimes on weekends, Michela and Italo would trek off on their own. “We left with our parents and our ‘baby sister’ to go visit various towns or to hike on the mountains, sometimes with family friends,” Michela, 70, said. “In any case, the mountains were our favorite destination, perhaps also because Valmadrera is literally surrounded by them.”

The bishop-elect said his father had a motorcycle, but the family often times would travel down to the lake by bicycle with friends who also had children similar in age. “It was very nice,” he said. “When it was four of us (before Edy was born), I would ride on my mother’s bicycle, and my older sister would be on my dad’s bicycle.”

Another influential mode of transport entered the Dell’Oros’ lives was when the family bought a used Fiat 500.

Many years later, both sisters were elated when they received the news in May that their brother was appointed an auxiliary bishop by Pope Francis.

“When I heard about my brother’s appointment,” Edy said, “I felt happy and proud.”

Michela said she was “overwhelmed by an intense emotion” when receiving the news. “I was almost in disbelief,” she said. “Then I thought about our parents, about how full of joy they would have been, and how proud … ‘Their son a Bishop!’”

Six years younger than her brother (the “baby of the family”), Edy recalls playing catch with Italo inside and outside their house when they were growing up.

“He used to win because he was older,” but when games would continue not going in her favor, “I would run to my parents, and they would take my side, of course.”

Michela described her brother as a “little rascal” as a child, “but when he grew up, at school, he was very good, always interested and diligent although still with a unique personality,” she said. “When we were teenagers, we shared a few interests, including hiking and climbing mountains: he was better than me; thus, he tried more demanding hikes.”

Edy said that each Sunday, their family went to the church all together to attend Holy Mass. “Our parents taught us to respect others, to follow the rules and to behave properly,” she said.

“Our parents taught us to be respectful towards people and things, instilling in us a sense of justice and equality,” Michela said.

The sisters did recognize their brother’s strong interest in participating in church activities growing up but did not anticipate his discernment to the priesthood.

“We frequented the youth group at the parish guided by Father Luigi, who at the time was a young assistant and today is a bishop as well (Auxiliary Bishop Emeritus Luigi Stucchi of Milan); he nurtured Italo’s vocation,” Michela said. “My brother had followed (other) teenagers as their catechists. The call to his vocation must have been very strong.”

“I hadn’t noticed his interest in the priesthood,” Edy said of her brother’s teenage years. “Of course, he spent a lot of time at the parish with the youth group, but several other boys did the same without necessarily entering the seminary afterwards. But his choice was well pondered, and we were happy for it. His happiness came first.”

The news of their brother leaving Italy for the United States in 1985 following his ordination in 1982 made for a difficult transition for his parents and sisters, but naturally, the family made every effort to be in contact with each other and spend experiences together when schedules permit. Their father Guiseppe died in 2009; their mother Silene died in 2011.

“During the first years, we wrote each other letters in order to update each other about what happened here in Italy and there in the U.S.,” Edy said. “Afterwards, we started talking on the phone. Whenever he had a chance to come visit us in Valmadrera, it was always cause for celebration.”

Before the pandemic, Michela said her brother would travel to Italy once a year. “Depending on his commitments, we try to keep in touch pretty frequently, sometimes just by text messages on WhatsApp,” Michela said. “We keep him informed about any news regarding friends and family and about what happens in Valmadrera. Thankfully, we have the technology that allows us to see each other via video calls.”

The sisters are excited for their brother and the new adventure that awaits him as auxiliary bishop in Galveston-Houston.

“My brother is certainly a direct and determined person; if he accepts a commitment, he pursues it with all his energies. But he can also listen,” Michela said. “We will pray to ‘our’ Madonna of San Martino to help him and lead him in this new endeavor.”

Edy agrees that her brother possesses those traits and is certain “he will work with great determination in his new role as bishop,” she said. “If only our parents were alive, how happy they would be for him!”