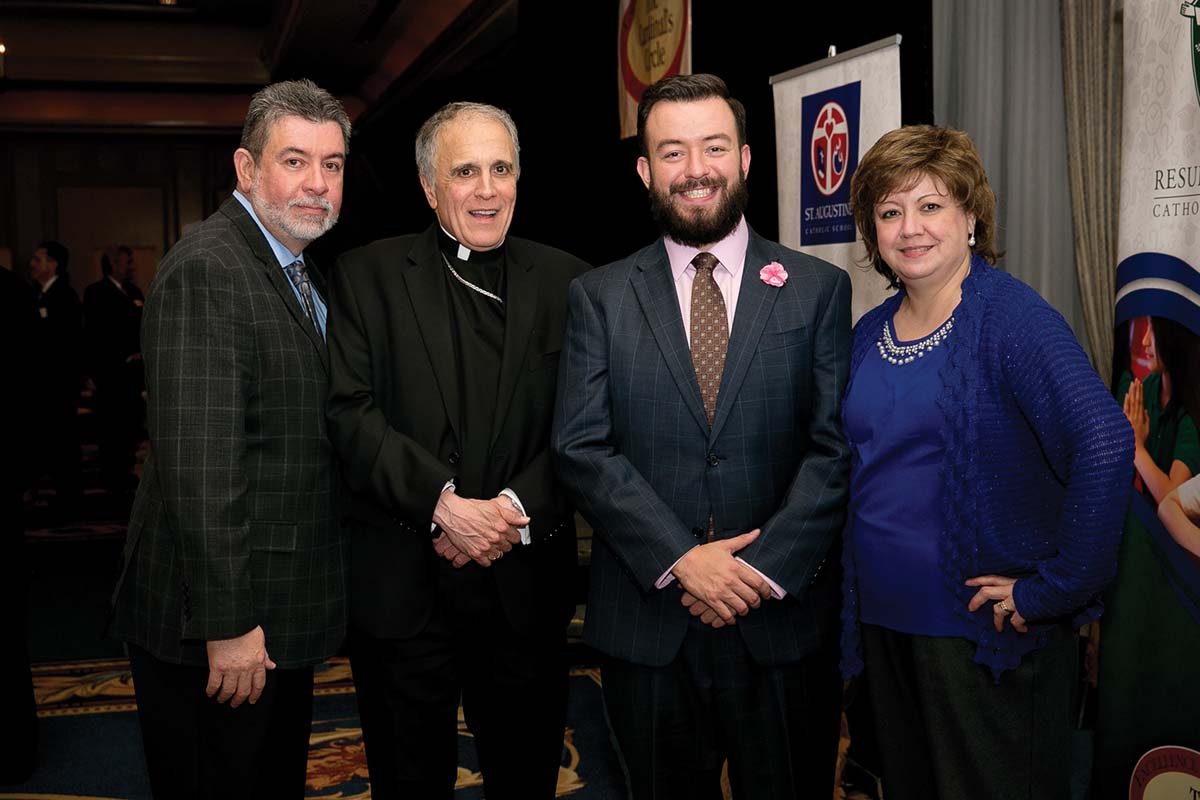 Mathew Mendoza attended St. Pius V Catholic School from kindergarten through eighth grade, St. Thomas High School, the University of Houston and South Texas College of Law. The generosity of the members of The Cardinal’s Circle played an important role in Mathew’s success. Photo courtesy of The Development Office.

HOUSTON — The mission of The Cardinal’s Circle is to help Inner City Catholic Schools maintain a standard of academic excellence in curriculum and staff, and provide tuition assistance required by a large portion of their student population.

Through an annual contribution of $5,000, members invest in the lives of students at the Inner City Catholic Schools, which provide opportunities for urban children and their families faced with incredible financial challenges.

Mathew Mendoza attended St. Pius V Catholic School from kindergarten through eighth grade, St. Thomas High School, the University of Houston and South Texas College of Law. On Oct. 31, he was sworn in as an attorney. His mother, Emma, said the generosity of the members of The Cardinal’s Circle played an important role in Mathew’s success.

“We are eternally grateful to all the donors, and the mere words ‘thank you,’ are not enough to convey our feelings,” she said. “May God always bless the members of The Cardinal’s Circle for believing that Catholic schools make a difference by delivering exemplary education, while developing individuals with a resilient faith and integrity.”

St. Pius V Catholic Church is a life-changing parish for the Mendoza family. This is where Emma married her husband Manuel and where they baptized their son, Mathew. Emma said Mathew’s older cousins, Joseph and John Garza, attended St. Pius V Catholic School in Pasadena, an Inner City Catholic School. As supporters of their nephews’ activities, they attended their school Masses, programs, carnivals, school sports games and volunteered with their fundraisers. In doing so, the Mendoza’s witnessed the care and support the school community had for each other, much like a family.

Emma said that, unfortunately, many families believe enrolling children in Catholic school is an impossible dream due to tuition costs. Thankfully, she added, The Cardinal’s Circle exists to provide financial assistance to families seeking a Catholic education.

“Every school year, The Cardinal’s Circle played a major part in Mathew’s enrollment at St. Pius V Catholic School, because we could not afford the entire cost of the tuition,” she said. “Mathew attended St. Pius V Catholic School (Pre-K–8th Grade), and realized he had to continue fulfilling his duties as a student by focusing on his academics, to be deserving of the Cardinal’s Circle’s assistance.”

The donation not only provides tuition assistance, but also encourages students to develop a relationship with God and an understanding of their faith that will serve them well for a lifetime.

“The Catholic education Mathew has received from Pre-K through 12th Grade strengthened his faith,” Emma said. “At St. Pius V Catholic School and at St. Thomas High School, prayer was emphasized every day, as was weekly Mass. We are proud to see that Mathew’s Catholic education allowed him to participate in diverse volunteer activities. Undoubtedly, we know that a Catholic education contributed to Mathew’s moral character of treating others with respect and dignity.”

Debra Haney, superintendent of Catholic Schools, said, “The Cardinal’s Circle is extremely important to the success of the students in the Inner City Catholic Schools because the funds allow schools to support their operating budgets and use the monies for areas in which the principal deems most needed.”

“Funds have been used for books, technology, tuition assistance, playground equipment and many other activities that enhance the educational experience for our students. We are very grateful for the donors and the direct impact on our students’ abilities to achieve!” she said.