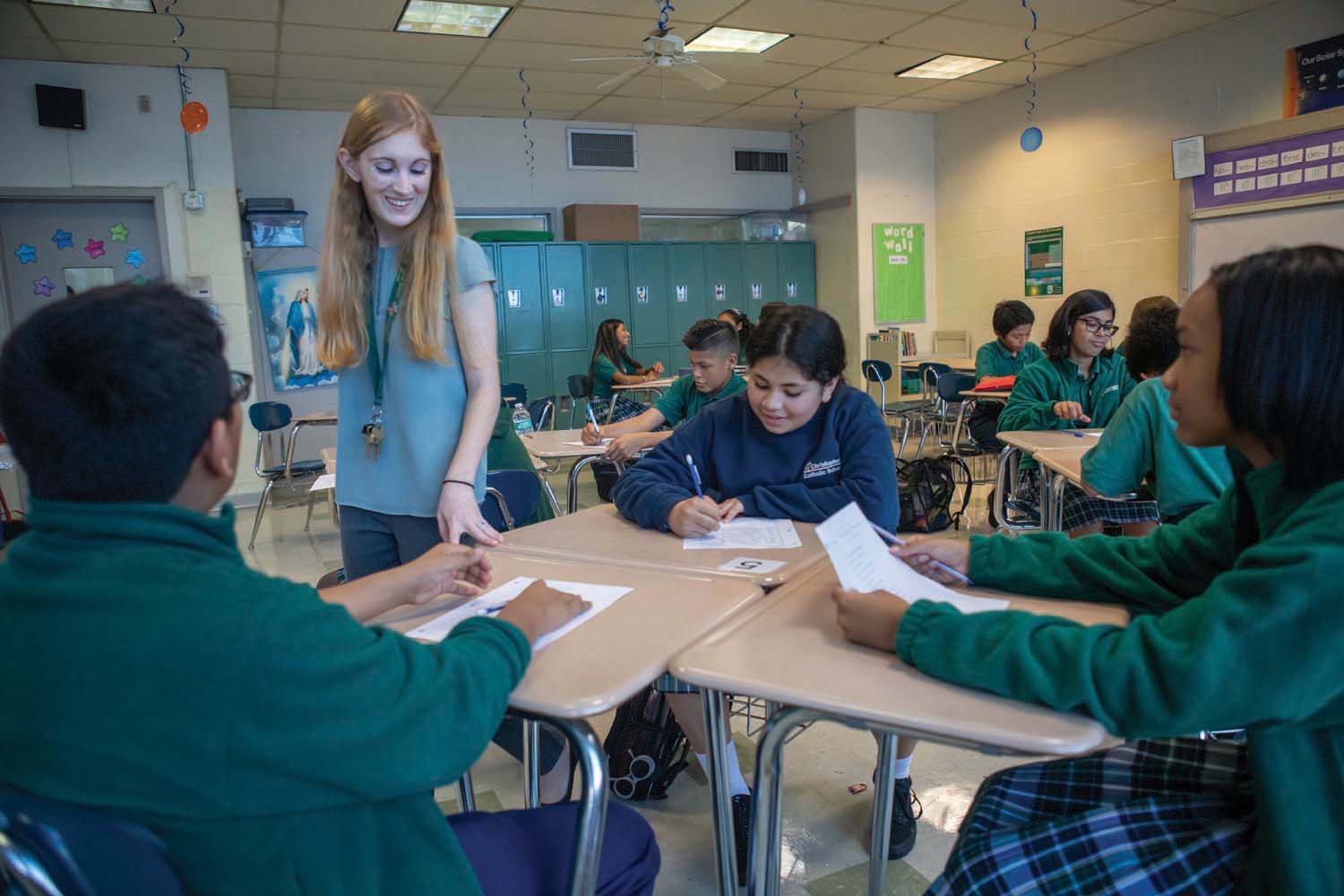 HOUSTON — The mission of The Cardinal’s Circle is to help Inner City Catholic Schools (ICCS) maintain a standard of academic excellence in curriculum and staff, and provide tuition assistance required by a large portion of their student population.

Through an annual contribution of $5,000, members invest in the lives of students at the now 12 ICCS (St. Peter the Apostle Catholic School closed last school year), which provide opportunities for urban children and their families faced with incredible financial challenges.

Founded in 2010 as a commitment to society and students in the Archdiocese’s urban areas, the organization celebrates a decade of providing this financial support to more than 16,000 students since its inception.

“On this 10th anniversary of The Cardinal’s Circle, we celebrate our ICCS and thank the many donors who are essential to this Circle as they continue to provide the value of a Catholic education where it is needed most,” Daniel Cardinal DiNardo said. “The parents of ICCS students sacrifice to make Catholic education a reality and these youngest learners impact our community. We have seen and heard about ICCS alumni who are or are studying to become lawyers, doctors and nurses, engineers, accountants, and much more. They have all been touched by The Cardinal’s Circle and given the opportunity for a successful and bright future.”

Founding member Tom Macrini said the inspiration behind founding The Cardinal’s Circle “was the kids and it’s still the kids.”

“These Catholic schools can make an incredible impact and a difference in the lives of so many of the youth and their families that live in the poorer areas of Houston’s inner city,” he said. “The goal of The Cardinal’s Circle is to help raise sufficient funds to sustain the schools that serve these communities so that anyone who seeks a Catholic education for their children can do so regardless of their ability to pay full tuition.”

Macrini said he hopes the greatest change is an awareness by Houston’s Catholic community of the importance and uniqueness of the Archdiocese’s ICCS and that these schools need the financial support of the city-wide community to succeed.

“The greatest challenge is the need for these schools to excel academically in an environment of increasing operating costs and declining enrollment, generally in the inner city schools, while keeping tuition at levels that the families can afford,” he said. “That and the fact that these facilities are 60-plus years old and need improvements. All of this requires financial resources beyond the means of the local inner city parish and its school.”

The Cardinal’s Circle members Eddie and Nolena Meche have been part of the organization since the beginning.

“It has been our privilege to be a member of The Cardinal’s Circle since its inception. The ICCS need and deserve our support,” they said. “We believe Catholic schools provide a great education and are the only real quality education choice for many of these children. Because strong academics are combined with continual Catholic formation, these students will be a credit to our Church and our community.”

Jeanette Lambert, who graduated from Stephen F. Austin University in 2018, attended St. Christopher Catholic school with the help of the organization.

“Thank you so much for allowing students to have an amazing education and school experience they would not have gotten at another school,” she said.

After graduation, Lambert returned to her roots.

“I am an education specialist at the Houston Audubon Raptor Center near St. Christopher,” she said. “I have developed a stronger relationship between the school and the Raptor Center by offering field trips, programs and education opportunities for students and teachers.”

Joseph Lowery, who graduated from the U.S. Military Academy in 2018, was able to attend St. Francis of Assisi Catholic School.

“I appreciate everything The Cardinal’s Circle donors have done and continue to do! Your generosity makes a big difference in so many lives,” he said. “I am a second lieutenant and platoon leader in the Army stationed at Fort Hood. I plan on attending physician’s assistant school to become a P.A.”

Macrini said that one thing that has always impressed him is the courtesy of the students.

“They are well disciplined, eager to learn, and seem to be very happy at school. Their parents are extremely appreciative that other people outside their parish/local community would help them,” he said.

Macrini encourages all to become part of The Cardinal’s Circle.

“[It’s incredible to] hear the success stories of our graduates, some of whom have already graduated from college,” he said.