The call for peace in broader society remains critical 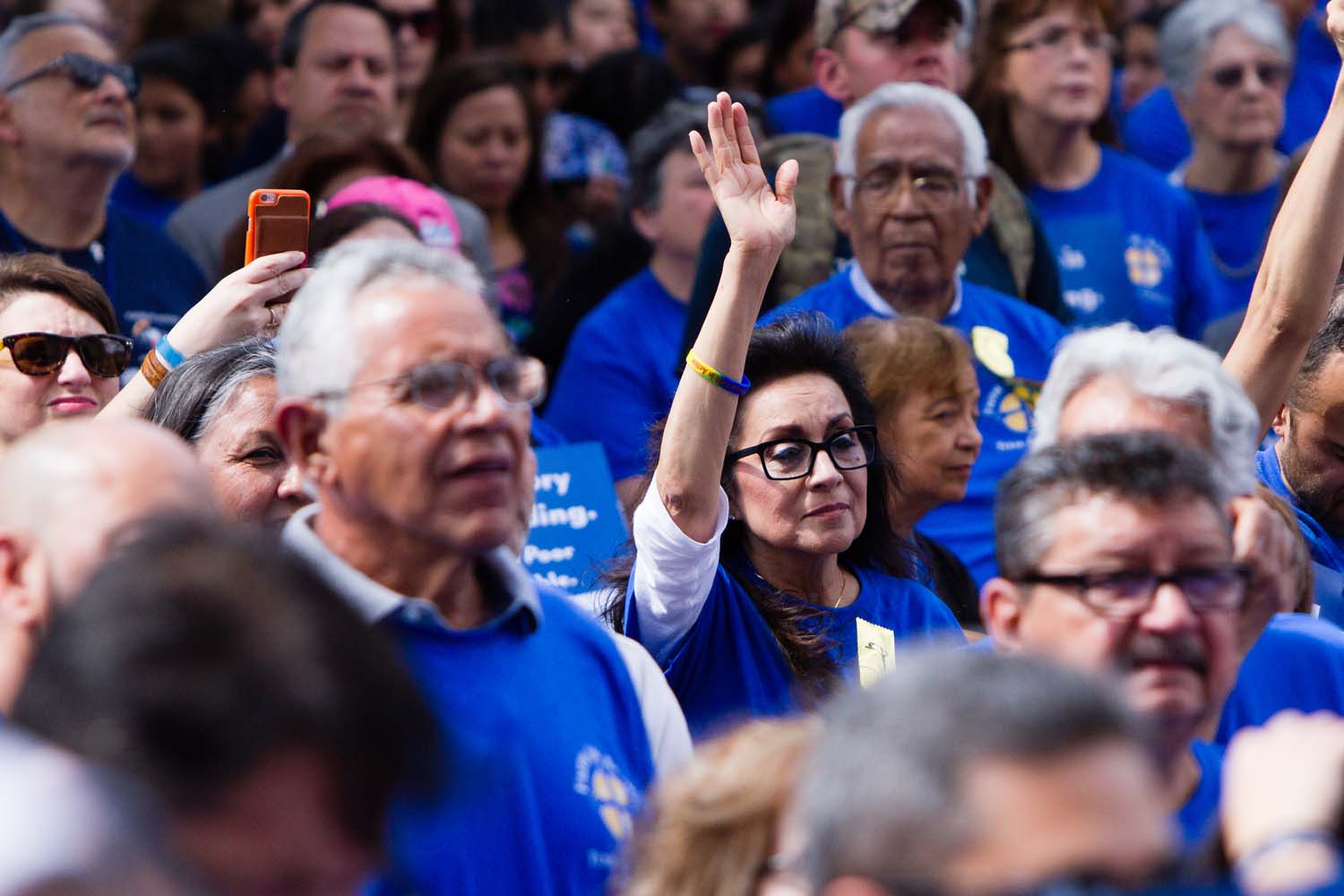 The Office of Justice and Peace is instrumental in planning the annual Catholic Advocacy Day - an event to bring awareness to policies and programs that support the life and dignity of every human person from conception through natural death, as well as policies that protect and provide for the poor and vulnerable, ensure justice for immigrants, strengthen the family unit and those that ensure all people have easy access to adequate medical and behavioral health care. More than 4,000 Catholics from across the state were registered to participate in Austin’s Faith in Action Catholic Advocacy Day April 4. File photo by James Ramos/Texas Catholic Herald.

HOUSTON — To ensure the Catholic voice is heard in matters of social concern among those living in the Archdiocese, the Office of Justice and Peace, created 15 years ago, has found that its mission is still relevant, if not more important, today.

The Office of Justice and Peace is one of 60 ministries supported by the Diocesan Services Fund (DSF).
According to one of the ministry’s founders and current director, Deacon Sam Dunning, the Office of Justice and Peace staff and volunteers continue to pursue the common good by planning, organizing and implementing efforts to promote social justice and peace and to foster a consistent ethic of life. He believes it is imperative that the Catholic Church has a social action office from which the proclamation of justice and the call for peace can be heard in broader society.

While the ministry has faced several challenges over the years, Deacon Dunning said three specific issues come to mind. The first is serving the needs of one of the largest Catholic Archdioceses in the United States. With a department staff of two, a director and administrative assistant, he said the ministry also has developed a small social action network of volunteers throughout the Archdiocese over the years, which has increased from a handful to several dozen people trained in advocacy.

“The temptation is always to become over extended, because there are so many issues that confront us in our local communities: racial discrimination, immigration related concerns, housing for low-income families, lack of health care for children and the elderly, and the list goes on,” said Deacon Dunning. “However, we are blessed in this Archdiocese to have many community-based organizations that attempt to address these issues. I also have had the opportunity over the past several years to build what I believe to be strong relationships with these organizations, and feel they have come to appreciate having the Catholic presence in these struggles.”

A second challenge Deacon Dunning identified was among the Catholic faithful themselves regarding the teachings of the United States Conference of Catholic Bishops around social concerns, which fall into the realm of prudential judgments. He said some Catholics may find themselves at odds with the bishops over their stances on immigration policy reform, poverty issues and interfaith relations, among others.

“In this regard, I attempt to foster opportunities for Catholics to reflect on their opposition to the bishops’ positions and teachings,” said Deacon Dunning. “I attempt to connect these Catholics with those who are suffering or struggling because of unjust laws, policies and practices — treating these as teachable moments.”

Currently, the Office of Justice and Peace is expanding social action networks in certain parishes in the Archdiocese to broaden and deepen the constituency for the Church’s social mission. This involves broadening parishioners’ knowledge and understanding of the Church’s social doctrine and deepening their appreciation of its social teachings, which are a constitutive dimension of the Catholic faith.

The final challenge Deacon Dunning identified is the current political climate, which he feels at times makes the ministry’s work more difficult.

“When there is a serious lack of civility and discussion in the public square, and the ability to find common ground, this can make our work more difficult,” said Deacon Dunning. “But, coming from someone who has worked for the Archdiocese for a number of years, I can personally attest to the dedication and faithfulness of my fellow staff members and volunteers to alleviating this. Every day, so many work hard to minister to, catechize and otherwise support the broader Catholic community.”

Deacon Dunning agrees that supporting the DSF is vital to the Office of Justice and Peace in fulfilling its mission, and the role of the faithful can also include a more hands on approach by serving.

“I would just add that one does not have to be a deacon to serve in this capacity as director of a social action office,” said Deacon Dunning. “Yet, for me, since founding this office, I have always deemed it a privilege and a great gift from God to be able serve His people by working to promote justice, peace and the common good; to protect life and the dignity off all, especially those most vulnerable in our society.”