Steps for Students challenges parishes to go for gold in 2020 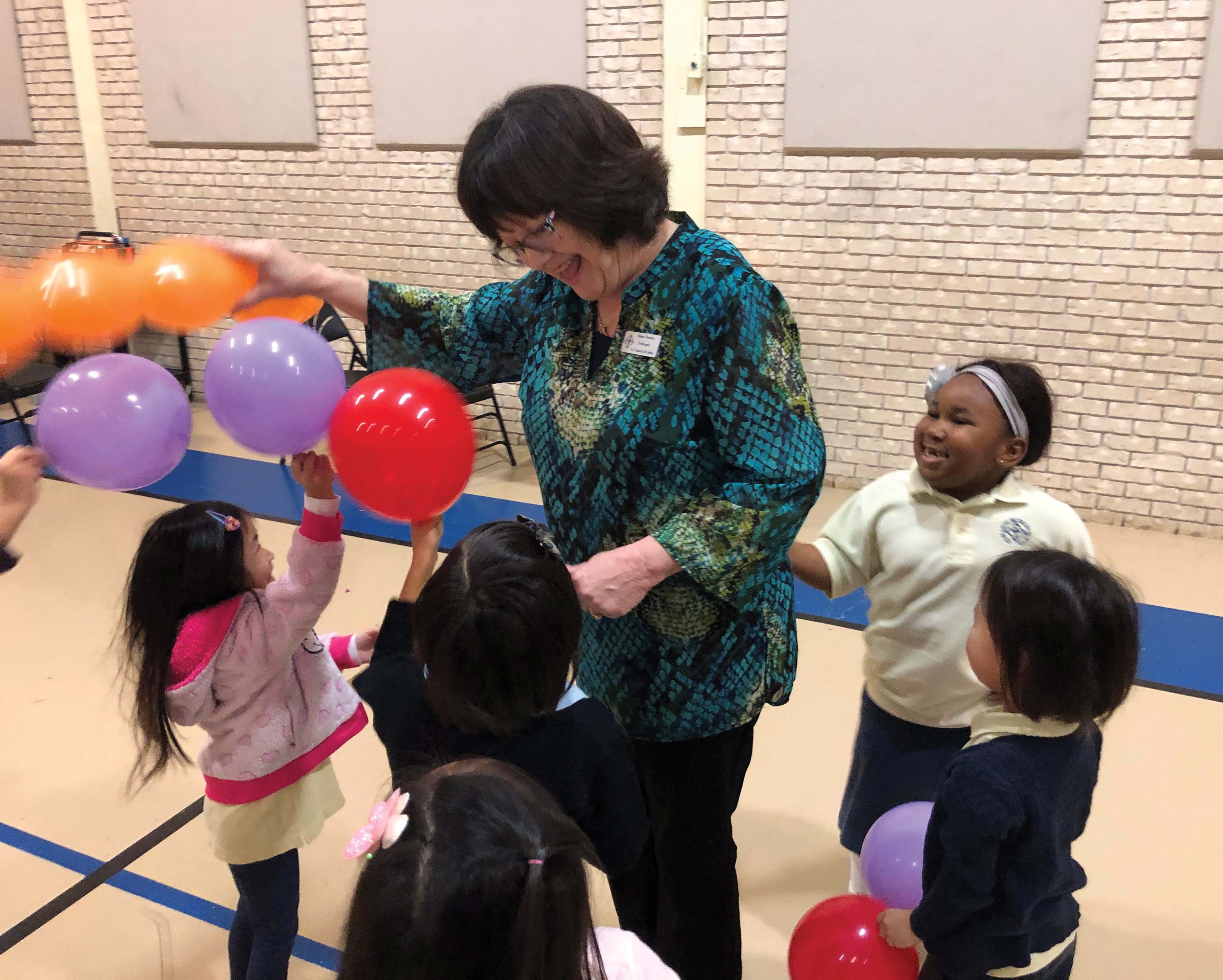 St. Francis de Sales Catholic School principal Diane Wooten organized a balloon drop Jan. 9 to get students excited about registering for the Steps for Students 5K race Feb. 15. The school plans to purchase new playground equipment with some of the funds raised. For those who register before Jan. 31, the price will be $20 before rising to $30 after Jan. 30 online at steps4students.org. (Photo courtesy of St. Francis de Sales Catholic School)

HOUSTON — Students at St. Vincent de Paul Catholic School (SVdP) don’t have a ringer in the upcoming Steps for Students 5K run on Feb. 15, but a 2020 Olympic track athlete is giving them tips as an assistant coach.

SVdP Athletic Director Marion Jones brought in Amere Lattin, a University of Houston track star and graduate competing in Tokyo on the U.S. track team for hurdles, to encourage the students.

“I give the kids good advice on how to overcome struggles,” the 22-year-old said.

“Every track and field athlete wants to gain an Olympic gold medal,” Lattin said. “That’s the end goal, along with a world record. That’s what I expect to gain as well. Track and field is a rewarding sport when you put in the work.”

Much of his success and ambition, Lattin attributed to two of the biggest names in track and field: UH Head Coach Leroy Burrell and assistant coach and former Olympian Carl Lewis.

“My coaches were with me 110 percent of the way,” Lattin said. “I did things the right way. I followed the vision that was put in place the day I was recruited. Complete my NCAA (National Collegiate Athletic Association) eligibility, obtain my bachelor’s degree and become the best hurdler in the world. I’m doing just that.”

Lattin, Jones and some of the SVdP students are scheduled to appear on KHOU-Channel 11’s Great Day Houston with Deborah Duncan on Feb. 12.

But Lattin’s dedication will prevent him from actually being at the Steps for Students event since he will be competing in the 2020 USA Track and Field National Indoor Championships in Albuquerque, New Mexico Feb. 14 to 15.

“I’ll be there in spirit,” he said of Steps.

Steps for Students organizing committee members are also working on attracting other community supporters, especially parishes that may not have schools connected to them.

Father Richard “Luke” Millette, featured in a recent Houston Chronicle article highlighting several Houston priests who run in the Steps 5K, is organizing a Parish Text-to-Give Challenge to bring in more support. Parishioners can text STEPS15 to 41444 and donate.

Prizes will be for a parish leader like the pastor, vicar or deacon to ride in the Steps pace car provided by Classic Chevrolet of Houston; for the parish to carry the lead banner in front of the walkers; or to serve as the honorary starter for the walkers.

Another new idea for Steps is to provide “hoopla stations” along the 5K route that would have cheerleaders, bands and other encouragement for the runners along with water stations.

“This provides opportunities for parishes and schools to be more involved and to enhance the spirit and excitement of race day,” said Julie Eberle of the Archdiocese’s office of development.

Individual schools are also competing to see who has the most percentage of students and families participating in the 5K. Diane Wooten, principal of St. Francis de Sales Catholic School and Steps Committee member, recently held a big Balloon Drop at the school Jan. 9 filled with candies and surprises for about 200 students who had already registered for the race.

“We try to have exciting events to encourage student registration so that they can start getting hyped up about the race and raising money,” Wooten said.

“This year, our funds will go to buying a new playground structure. The kids are so excited about something new! All of our equipment is more than 20 years old. So as young as they are, they think that what we have is ancient,” the principal said.

For those who register before Jan. 31, the price will be $20 before rising to $35 after Jan. 31 online at steps4students.org.