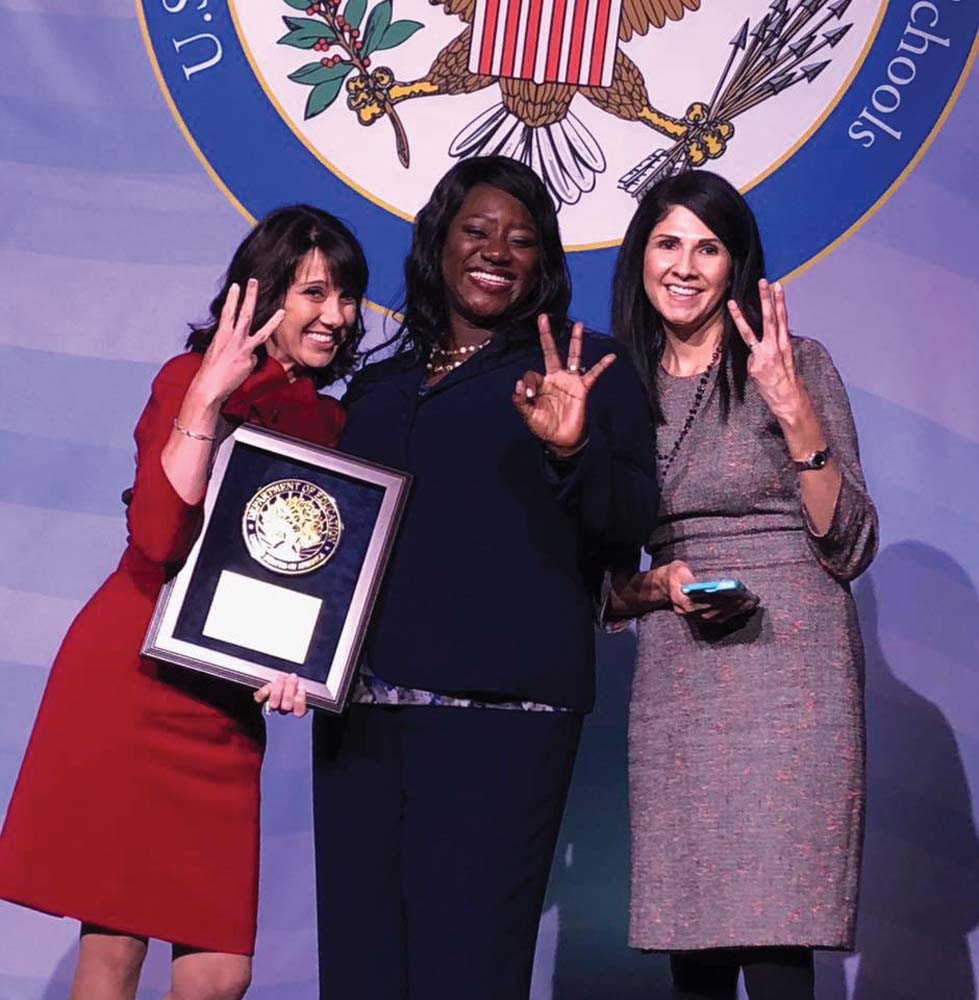 n Paul II Catholic School (St. JP II) was recently named one of the best in the nation by the U.S. Department of Education, becoming the first and only elementary school in Houston, public or private, to win three National Blue Ribbon School Awards.

On Oct. 16, the St. JP II student body enjoyed a patriotic assembly celebrating their hard-won achievements. The campus was decorated with festive blue ribbons, children received commemorative blue ribbon T-shirts and the students were surprised with a video featuring local celebrities congratulating them on their achievements.

U.S. Secretary of Education, Betsy DeVos, announced in October that the school had been named a 2018 National Blue Ribbon School. St. JP II is one among 300 public and 49 private schools receiving this honor nationally.

“We have always known our school is truly the best of the best, but this third award confirms that others recognize this about St. JP II as well,” said Theresa Bramanti, St. JP II school board president. “When our school was awarded our first National Blue Ribbon, it was exciting. The second award, 10 years later, was thrilling. Now in 2018, we continue to be amazed by all that our Lord has provided. This recognition puts St. JP II in the top one percent of schools in the U.S. and secures our status as a Top 10 Texas elementary school.”

“I know this award is possible because the students at St. John Paul II work hard and parents and teachers showed their dedication to excellence,” Houston Mayor Sylvester Turner, who was featured in the video, said. “Continue to be a great example for other schools. I’m proud of you, the entire city is proud of you.”

National Blue Ribbon Schools are recognized to be on education’s cutting edge, pioneering innovative educational practices in the classroom and beyond.