By Michelle Eisterhold, Special to the Herald 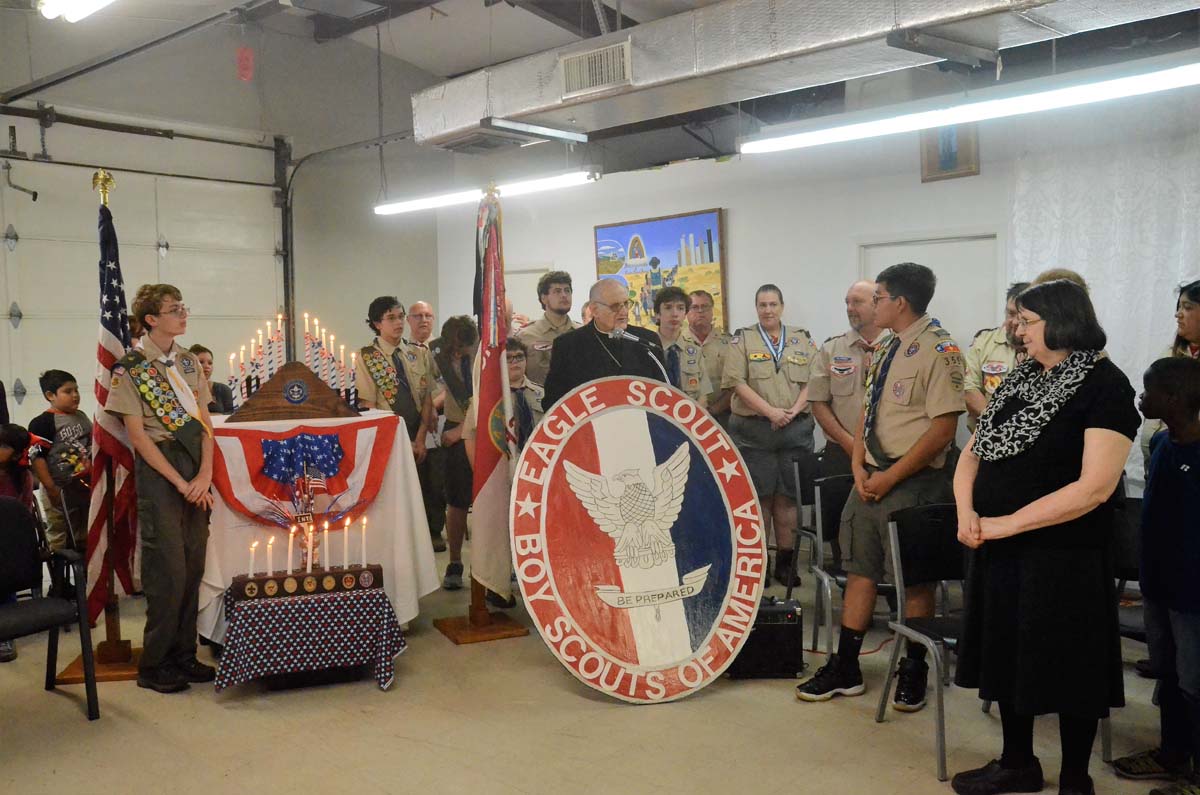 HOUSTON — Inti Chavarria said he had a tingly feeling when he walked through the doors of Casa Juan Diego, the Catholic Worker house of hospitality in Houston that serves immigrant men, women and children.

Chavarria, a member of of BSA Troop 355 chartered by St. James Catholic Church in Spring, said he was inspired to serve refugee and immigrant children through his Eagle Scout project.

Encouraged by his Eagle Coach Tricia Chapela to “go big or go home,” Chavarria set out to build a play area for the kids of the community.

After meeting Louise Zwick, co-founder of Casa Juan Diego, and seeing the condition of the play area Chavarria told himself, “These kids need a safe playground.” His Eagle Project was born.
In the following months, Chavarria and numerous volunteers purchased commercial playground equipment and cleared the ground to build a new play set for the kids. They also repaired the fence that enclosed the area.

“It really brings joy and happiness to me to see those kids playing and living the childhood that they should be living,” said Chavarria about the completion of his project.

Several clergy attended Chavarria’s Eagle Court of Honor held at Casa Juan Diego, with many residents present as well, including the children who benefited from the project. Archbishop Emeritus Joseph A. Fiorenza was joined by Father Alejandro Solalinde Guerra, who also founded a similar house in Ixtepec, Oaxaca, Mexico.

“A scout must live faithfully the oath of the scout law, which is really a reflection of everything that Jesus taught us in the Gospels of how we are to live our lives,” said Archbishop Fiorenza. “If you live the life of a scout, truly with all of your love, then you are fulfilling the law of the Gospels.”

Chavarria said he feels that scouting has helped him to feel empathy for and has given him a desire to help immigrants and refugees.

He described how his two-week hike in Philmont Scout Ranch in New Mexico, a trek through rugged mountains, gave him a “tiny taste” of what the refugee journey might be like. He said that, although they were prepared, they still experienced pain and discomfort. What they experienced however, was nothing like what a true immigrant refugee would experience, he continued.

Chavarria also recognized that Jesus himself was an immigrant.

“Even Jesus was an immigrant because he was forced to leave so that they would not kill him,” he said. “We cannot judge.”