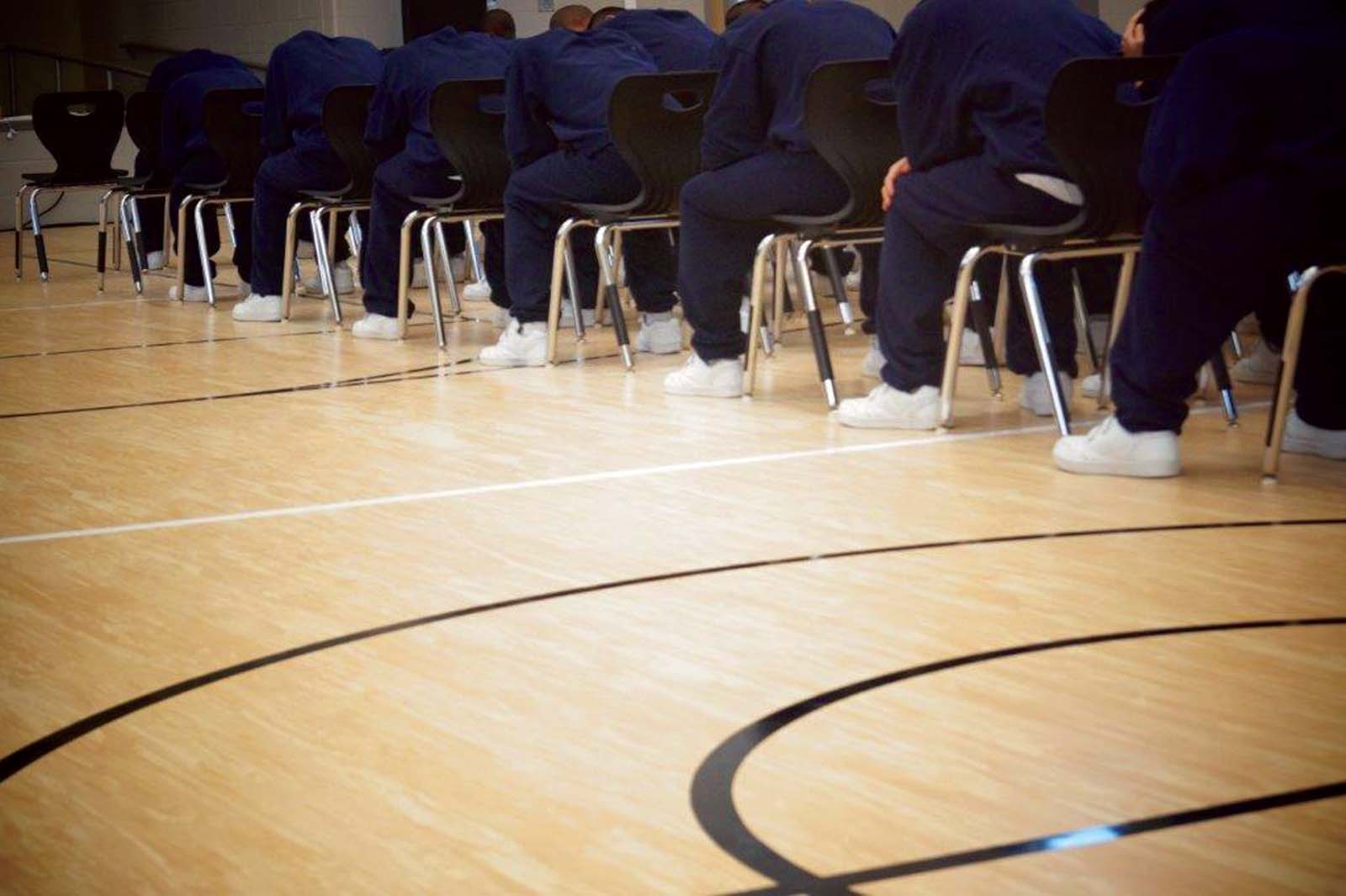 HOUSTON — In the Gospel of Matthew, Jesus reminds us that what we do for one another, we do for Him. Special Youth Services (SYS) of the Archdiocese takes this mission to heart, and uses every resource available to help at-risk youth and families restore their lives and souls.

“We not only encounter Jesus through the youth we serve, but we also bring Jesus to them in the flesh,” said Franchelle Lee Stewart, director of SYS. “Through Bible study, a simple prayer, or a game of cards, relationships develop, and we begin to more clearly see all the needs of our little brothers and sisters. Even though they have made mistakes, and who hasn’t, it is important to be forgiven and to correct the wrong, and these children deserve the same.”

One of 60 ministries supported by the Diocesan Services Fund (DSF), 114 staff members and volunteers model the embrace of Christ through pastoral care, advocacy and faith sharing to an average of 3,000 youth annually.

Programs and services are offered in local juvenile justice centers and facilities in Harris, Fort Bend and Brazoria counties, as well as the Gulf Coast Trade Center in Montgomery County. The ages of those served range between 10 to 17 years old, but services are provided beyond based on need.

“Serving in this type of ministry allows Catholics to truly answer their baptismal call,” said Lee Stewart. “The Catholic faith is rich and beautiful with extensive knowledge and tradition. As Christians, Jesus calls us to evangelize and to share the Good News to others, and this ministry gives us an opportunity to practice our faith and build the Kingdom of God right here in our neighborhoods and city.”

Lee Stewart said many new programs have recently been developed, which provide volunteers with opportunities to bring their gifts and talents to the youth. One new program is Alpha Omega that was developed based on an increased need for male role models.

Lee Stewart said this program is especially important since many of the youth served come from single-parent households. She feels they would benefit greatly from being around healthy and loving relationships among spouses and friends.

In a recent interview with 16-year-old, R. Montoya who was in the Boys Unit at a local juvenile detentions center and participated in Alpha Omega, said he was excited to be accepted into the program. Montoya said he was interested in applying for this special group, which he feels is elite since admittance requires an interview and not all applicants are accepted.

“I enjoyed (Alpha Omega) a lot,” Montoya said. “We would get together and talk about problems we deal with and how to solve them. Mrs. Franchelle has given me this second mother love; I feel it.”

Montoya said one of the most impactful Alpha Omega meetings he attended involved talking about his relationship with his parents and writing them a letter. He said that since his biological father is deceased, he chose to write a letter to his step-father, even though they do not always get along.

“I didn’t know what to say,” Montoya said. “I wouldn’t have built up the courage to do it on my own. It wouldn’t be something on my mind to do.”

In addition to Lee Stewart, another staff member that has made a difference in Montoya’s life is Deacon Daniel Gilbert, pastoral minister at SYS.

Montoya said he first met “Deacon Dan” when he was 14 years old at a Leadership Academy program through SYS, but they just shook hands and didn’t speak until a few years later when Montoya hit rock bottom and was back at the juvenile center. Montoya said he reached out to Deacon Gilbert about how he could make a positive change for himself.

“[Deacon Dan] had given me a lot of inspiration,” Montoya said. “A lot of hope, for real. I talked about my daily problems and about God. I have daily questions and [God] has daily answers.”

Montoya has advice for other youth who are getting into trouble, which could lead them down a wrong path and into a juvenile detention center.

“There’s always a way to do things,” Montoya said. “Cuz really, this life, doing bad things, it’s not for anyone. If you really want to change, find God.”

“That’s what’s helped me. It’s given me faith, knowing everything happens for a reason; that’s reassurance for me. I’m in good hands, as long as I do the right thing. [God] loves everyone. I see He loves me because I’m blessed,” said Montoya.

Because of the success of Alpha Omega with youth like Montoya, SYS is creating a similar program for young women at the centers.

“SYS also is in the final stages of implementing a similar program for our young ladies,” said Lee Stewart. “Also, couples would make great sponsors.”

Another new program is a spiritual mentorship program called Street Saints, created by Monica Hatcher from St. Ignatius of Loyola Catholic Church in northwest Houston. Volunteer mentors from the parish use the lives of the saints to teach youth about forgiveness, salvation and redemption.

In the past, SYS has offered Triple P parenting workshops for adults, and recently expanded the workshops to teen parents.

“Many people believe we are only offering parenting classes to the young ladies, but the young men request the classes just as often,” said Lee Stewart. “It brings my heart so much joy when the young people seek out resources to better themselves in any way. They truly want to be good parents and have strong families.”

SYS is planning its first Saintly Saturday in November at Fort Bend in addition to their current event in Harris County, and Lee Stewart said staff and volunteers are truly excited to bring the face of Christ to the youth in this facility. She said all this is made possible through generous donations made to the DSF.

“The DSF allows us to provide programs for youth and families that would not have access to quality services, such as what we offer,” said Lee Stewart. “Contributions to the DSF do not stay within the four walls of our office; they are taken into the communities, benefitting all those we serve.”