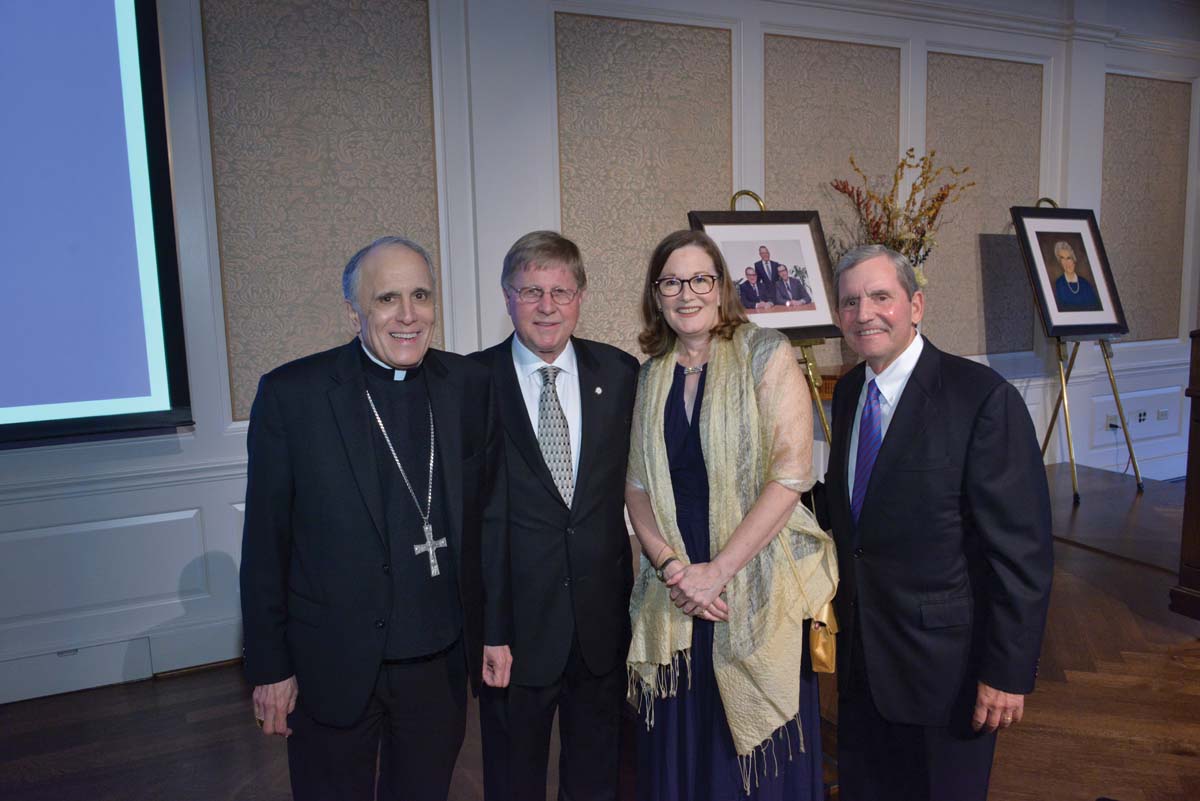 HOUSTON — The Society of St. Vincent de Paul of the Archdiocese of Galveston-Houston celebrated 150 years in the community on Sept. 18 at the River Oaks Country Club.

The sesquicentennial event honored John, Bill, Ralph and Granny Marek, who were longtime and faithful supporters of the society’s mission. Co-chairing the 150th Anniversary Gala were Bruce and Stan Marek.

Stan Marek, son of the late Ralph Marek, said, “Our immigrant family found the American Dream only to lose it all in 1933. My father and his two brothers left Yoakum, Texas, and a life of poverty caused by the Great Depression. Four years of homelessness left an unforgettable impact in their lives. As successful adults in the construction industry in Houston, the Marek brothers and their mother vowed to help those experiencing hunger and homelessness. The Society of St. Vincent de Paul was the perfect answer to fulfilling this goal. The society was one of their favorite charities and remains an important part of the current Marek generation.”

The event’s revenues reached approximately $450,000 with a surprise announcement of $5 million in endowment support.

This marked an exciting moment for the society’s supporters to celebrate the presence of this volunteer-run organization in times of great need; to thank their philanthropic community, who time and time again support the society’s mission of serving the poor; and to share the stories of the thousands of families the society has helped throughout these 150 years.

It was also an opportunity for all in attendance to reflect on the history of the society’s mission, plan for the mission’s future and keep supporting the mission for the next 150 years.

Daniel Cardinal DiNardo, Auxiliary Bishop Italo Dell’Oro, Bishop Emeritus George A. Sheltz and Archbishop Emeritus Joseph A. Fiorenza were all present at the milestone event, where a special announcement was made.

Monsignor Dan Scheel announced, “In planning for the society’s future for the next 150 years, tonight, we are humbled to announce that an endowment fund has been set up in honor of Archbishop Joseph Fiorenza for the benefit of the Society of St. Vincent de Paul.

“Archbishop Fiorenza has been a champion for the poor in our community for decades. He remains an advocate for social justice issues across all social and economic barriers, and we are honored to even attempt to emulate his service. We are blessed to have him here with us tonight.”

According to the society’s Executive Director Ann Schorno, “The endowment was created by generous individuals who have fervently supported the mission of the Society of St. Vincent de Paul over the years and witnessed the growing need and impact of its services.

This endowment will indeed create a legacy fund, ensuring that this impact continues into the future and in more communities.

As of today, the Society of St. Vincent de Paul has quietly raised $5 million in initial endowment support with a long-term fundraising goal of $20 million. The endowment’s spending policy of 5% per year will generate funds for the following types of direct program aid:

Stan and Bruce Marek have generously volunteered to co-chair and lead the fundraising of the endowment campaign.

The 150th Anniversary Gala included a dinner reception and a silent auction. Proceeds brought vital funds and support to the society’s expansive network of programs and services. To learn more, visit www.svdphouston.org. †