Sisters In the Spirit of Houston celebrate 20th anniversary 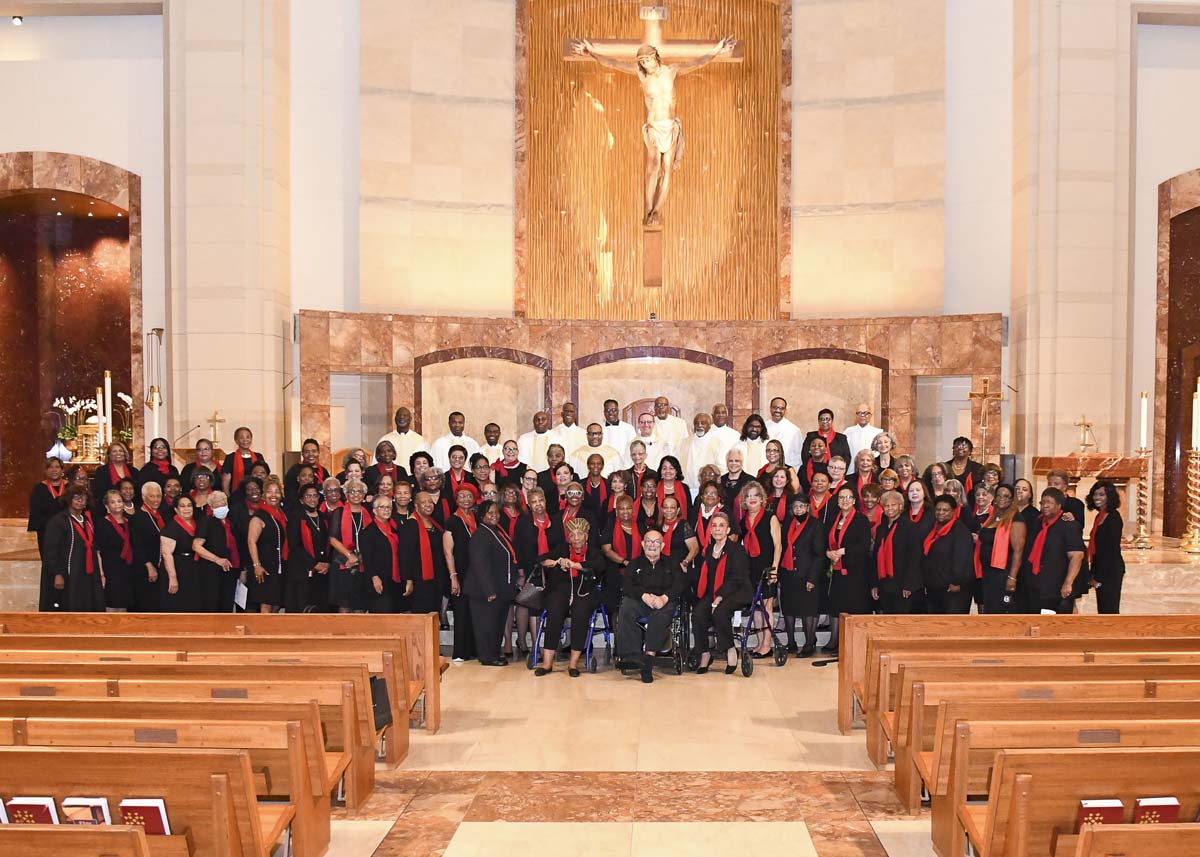 HOUSTON — The Sisters In the Spirit of Houston celebrated its 20th Anniversary with a Mass and new member installation ceremony on June 21 at the Co-Cathedral of the Sacred Heart. Then Bishop-Elect Italo Dell’Oro, CRS, served as the principal celebrant and Deacon John Goodly, newly ordained, was the homilist. Charter members of the organization were present as 10 new members were installed.

The theme of the celebration was “Christ to Others… Yesterday, Today, Tomorrow.

Deacon John Goodly connected with the essence of the ministry of the group in his homily. He said that the love and empathy to serve God’s people in a special way 20 years ago was manifested in the Holy Spirit guiding a group of Catholic women to create a lay ministry determined to make a difference in the lives of those very people. He said the “organization has given us a wonderful model of Christian charity to follow.”

He said the organization has maintained growth by its acts of service and ministry that give witness to their call to live a life of faith, sacrifice, love and compassion in Christ’s name.

“God’s Spirit dwells in all of us, and we must understand that we are His instruments in the world today and must measure up to the privilege and responsibility of being called and sent by God to do His will,” he said.

Elaborating on the theme, then Bishop-Elect Dell’Oro thanked the Sisters In the Spirit of Houston for the vision to begin a ministry of women, commended them for the work that they do and encouraged them to continue the work that God has begun in them.

The Sisters In the Spirit of Houston was developed in 2001 as a ministry of the then Diocese of Galveston-Houston Office of African American Ministry, with Charolette Davis as the director. The seeds for the Sisters In the Spirit were planted when the National Black Sisters Conference (NBSC) identified ways to empower Black Catholic women, and a Gathering for Black Catholic Women was chosen as the vehicle for empowerment.

The first National Gathering for Black Catholic Women was held in 2001.

Currently, 180 women now represent 26 parishes as members of the Sisters In the Spirit of Houston. For more information, visit www.sistersinthespiritofhouston.org.