Sisters from Frassati journey with Christ in Panama, Austin 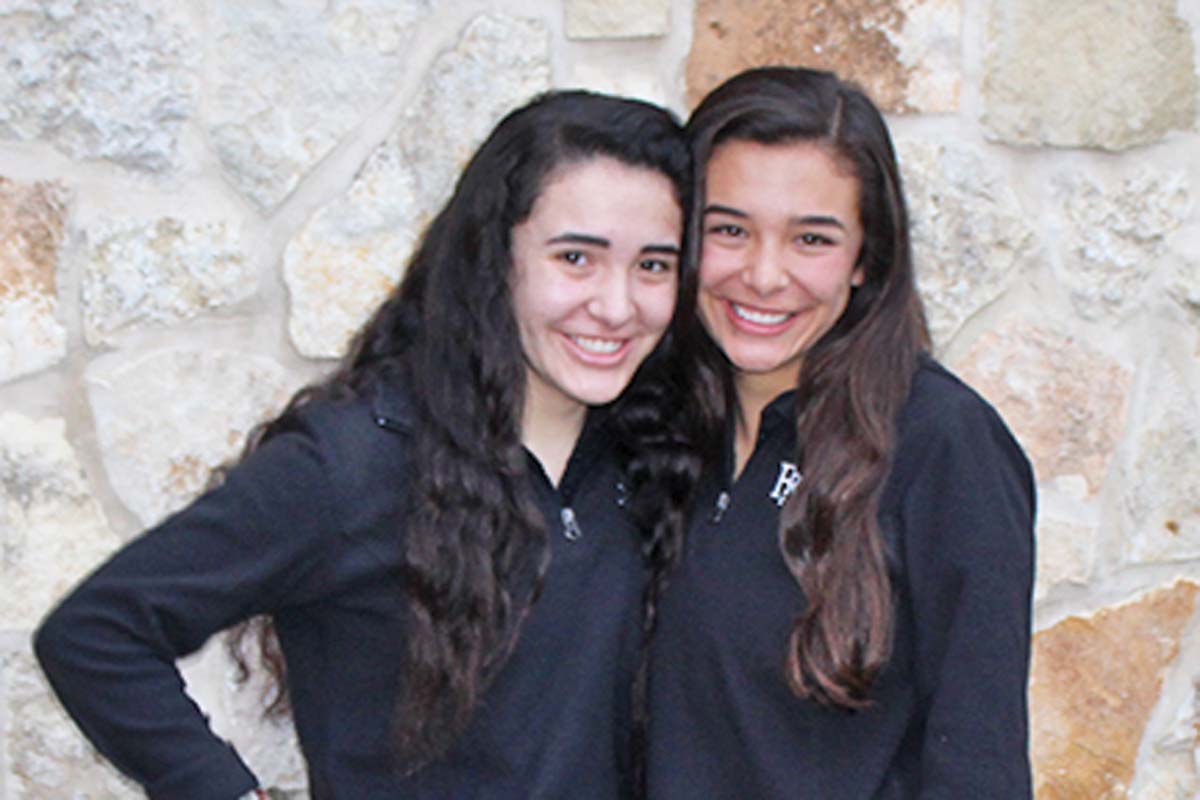 SPRING — Pilgrimages hold a central role in the faith life of all Catholics, serving as a journey with a purpose; a journey to honor God.

On Jan. 19, 25 Frassati Catholic students and five faculty traveled to Panama for World Youth Day (WYD) in Panama City, a once-in-a-lifetime faith experience for young Catholics from around the world. Then on Jan. 26, 50 students attended the Texas Rally for Life at the Texas State Capitol in Austin, an opportunity to witness to the dignity of human life.

In these trips, students and staff found themselves in the heart of the Church. For sisters Ava and Mia Romero, both students at Frassati Catholic, the events connected them even more as they each participated in a pilgrimage.

Senior Mia attended WYD in Panama, and Ava, a sophomore, attended the Rally for Life in Austin. Both spoke of the impact on their faith lives, becoming witnesses for Christ and the importance of the Church in today’s society.

Like other WYD pilgrims, Mia found herself in communion with Catholics from around the world, experiencing a profound spiritual journey and attending Mass celebrated the Holy Father. For the Rally for Life pilgrims like Ava, they were in the heart of the pro-life movement in Texas and joined thousands of other Texans to witness to the power of the culture of life.

“Going into WYD, I didn’t have any expectations other than being surrounded by over a million Catholics, worshipping and loving the same God. But to say my expectations were met would be an understatement,” she said.

It was evident that Christ was physically there in the Eucharist and among the youth, she continued.

“He was in every smile, every person, every culture and all the welcoming arms of those I met,” Mia said. “He was truly present there. And to see His passion and all His sons and daughters, united towards loving Him was indescribable.”

She said she felt that WYD is a different spiritual experience than a retreat.

“In a retreat, it’s more of an emotional experience where you soak in God’s love. And yes, God’s love at WYD was present and soaked in, but at the same time, it was more of a continual suffering with Christ,” Mia said. “This pilgrimage was not a vacation, it was not easy, and there were continual moments to offer up suffering and to unite them with Christ. So I think I have grown spiritually in unity not only with the people He loves, but in unity of the suffering of His Cross.”

While Mia was in Panama City, Ava also saw her trip to Austin as more than just a fun experience with friends.

“It was fun to get on a bus and travel with your friends, go to Mass and pray the Rosary and the Divine Mercy Chaplet and get to praise and worship. That was everything leading up to [the rally],” she said. “But the march itself was getting to walk with both people that you know and people you don’t know, all supporting life. I think it was so amazing to get to defend and be a voice for people who don’t have a voice. To get to defend life that can’t defend itself. All these unborn babies are defenseless and they have no say in what happens to them.”

Ava said if pilgrims have the opportunity to stand up and put their own voices in to help save the lives of the unborn, they should.

“It’s more than us just marching; it’s making a decision to try to save lives,” she said. “If we can get the chance to change someone’s mind about abortion, or even just to make them think about changing their mind, I think that we should.”

With 75 students participating in the pilgrimages overall, the impact on the school community is pronounced. Student involvement in WYD and the Rally for Life strengthened the culture at Frassati Catholic through firsthand accounts from those impacted by their spiritual journey and building a deeper appreciation for the role of pilgrimages in Catholic faith life, according to school officials.

On the importance of pilgrimages, Ava summed up an understanding shared by her peers.