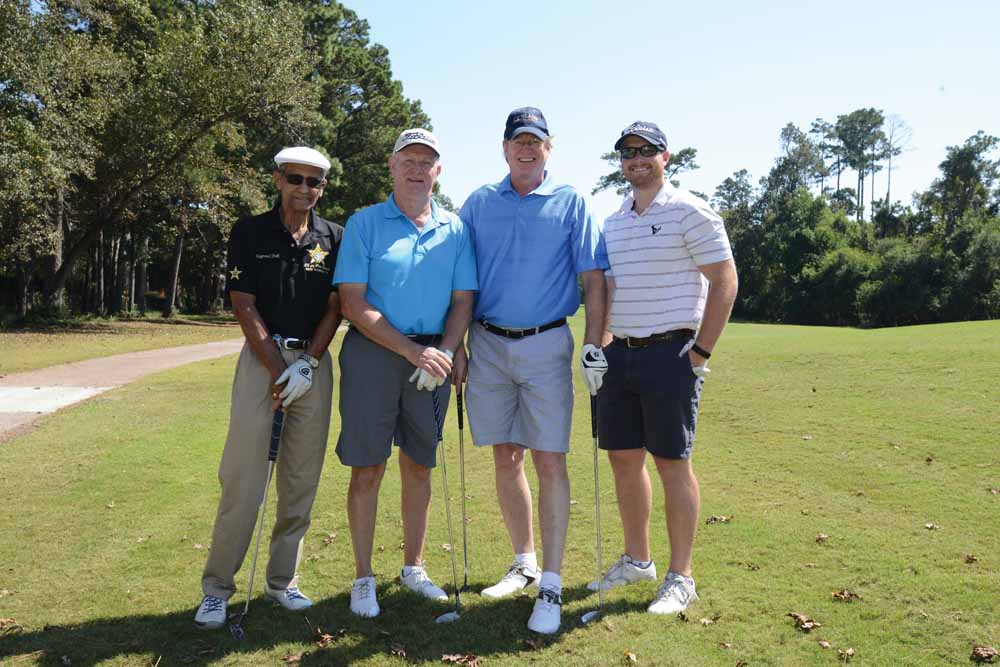 St. Mary Magdalene Catholic Church has won the Shepherd’s Cup since its inauguration two years ago. The members of Knights of Columbus Council 6878 team are Raymond Holt, Tim White, Doug Scherr and Corey Scherr. Photo courtesy of the Office of Development.

HOUSTON — St. Mary Magdalene Catholic Church in Humble has won the Shepherd’s Cup trophy twice, making it the only parish to win the trophy since its inauguration two years ago. This year, they are preparing to continue their winning streak.

The Shepherd’s Cup Parish Champion trophy is a rotating cup that is presented each year to the parish team with the best low net score. It may be displayed at the winning parish for the year for all to enjoy and recognize the Archdiocesan parish champs.

Father Osasona said he is hoping other pastors encourage participation in the tournament.

He suggested that parishes “speak about the Shepherd’s Cup at meetings of parish groups like Knights of Columbus, or at liturgical groups where they have golf players and fans in large numbers. Pulpit announcements are also very important.”

The Shepherd’s Cup, now in its tenth year, has continued to assist the Archdiocese with the fulfillment of its mission. It raises funds for faith and clergy formation, Catholic Schools and St. Mary’s Seminary.
Organizers are hoping to recruit 300 players for the golf tournament.

Steve Holbrooke, Shepherd’s Cup Underwriting Chair and Development Board Member, has supported the Shepherd’s Cup every year, although only able to play in it four times.

“It’s a great day, with good food and golf on one of Houston’s most beautiful courses, but more importantly a wonderful day of fellowship with all our Catholic friends from all over the entire Archdiocese all for a wonderful cause,” he said.

Holbrooke said he became an underwriting chair because it was Cardinal DiNardo’s tournament and an opportunity to help raise funds for Catholic Education, which is extremely important to him and his family.

“It gives the Cardinal resources to give grants that support faith formation on many levels,” he said. “It also helps the seminary’s needs and the awesome young men that study there.”

Bruce Marek of The Marek Family Foundation said the foundation has played and sponsored the event since before it was called the Shepherd’s Cup.

The upcoming tournament will be held at Kingwood Country Club on Oct. 2, with registration beginning at 9 a.m. and tee time at 11 a.m. An awards dinner immedately follows the tournament. Prizes per course include first, second and third place teams, longest drive, closest to the pin, hole-in-one and door prizes. Registrations include individual golfers and foursomes.

For more about the tournament, including registration or to volunteer, visit www.shepherdscup.org.