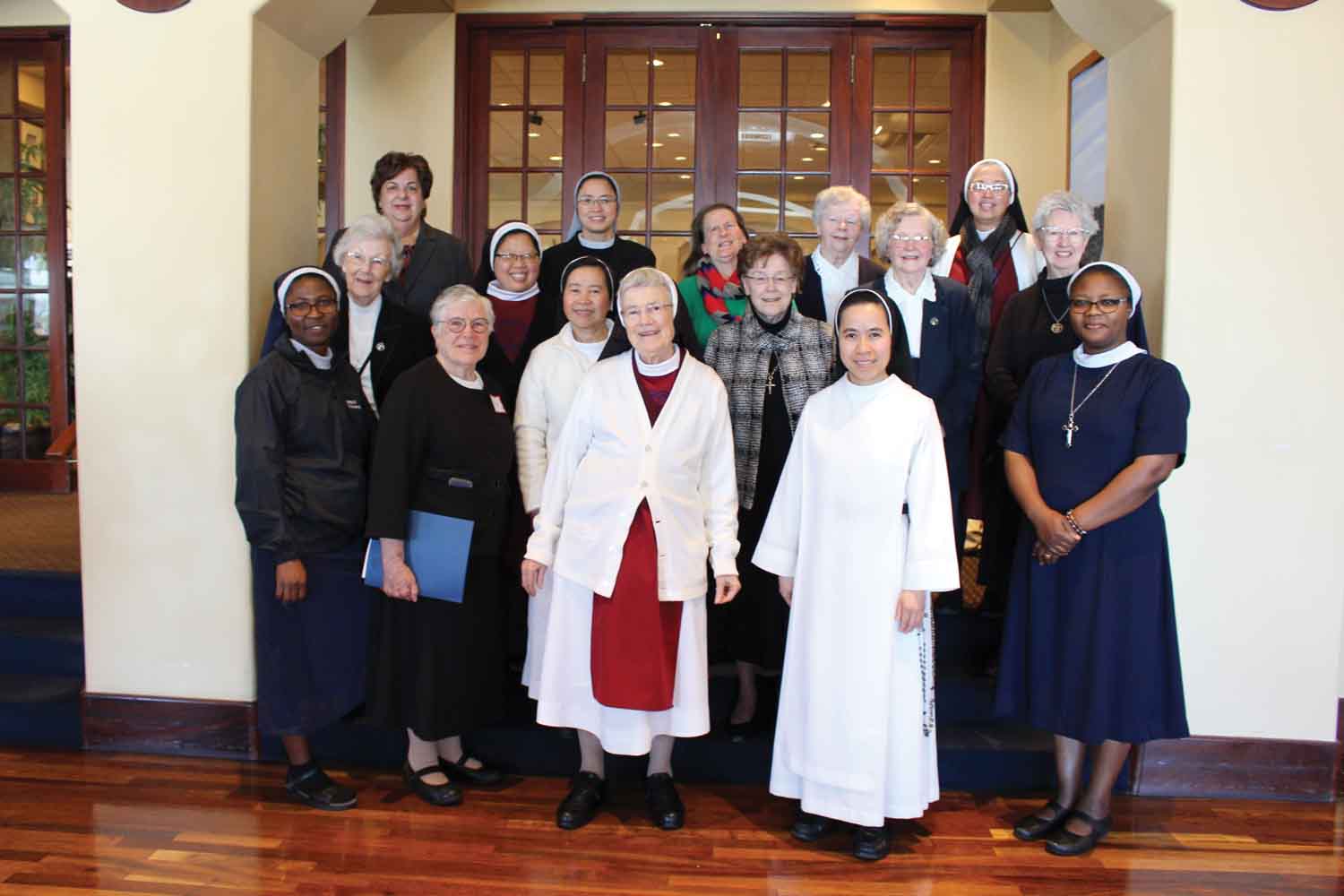 HOUSTON — The Women of the Serra Club of East Harris County hosted its annual Nuns’ Luncheon on Feb. 22, at the Houston Yacht Club. Forty-five attendees included 16 sisters from five congregations, whose combined years of life in God’s service totaled 514.

In its 16th year, the event is held close to St. Valentine’s Day to show affection for the nuns and appreciation for the service they give to the Archdiocese, according to Carol Bartz, a Shalom Center representative who organized the luncheon.

Pearl Campbel, vice president of membership, welcomed guests with a tribute to the important role sisters, along with parents, have in guiding the lives of Catholics. Campbell also announced National Catholic Sisters Week, which began March 8 and continues through March 14, noting the club’s sponsorship of Masses at churches in East Harris County during the week for the intention of “all Catholic religious sisters.”

Sister Francesca Kearns, CCVI, Archdiocesan vicar for religious, gave an overview of the Mass for Consecrated Life, held at the Co-Cathedral of the Sacred Heart, and expressed appreciation for the club’s sponsorship of the post-Mass reception music.

Inspired by a display at the Co-Cathedral, Edwina Hughes, longtime member and wife of a co-founder of the club, presented a meditation on the gifts of the Holy Spirit, emphasizing how each can be reflected in daily life.

Following the luncheon, each sister received a heart-shaped box of chocolates as a symbol of the club’s respect for their role in the lives of those whose lives they touch.