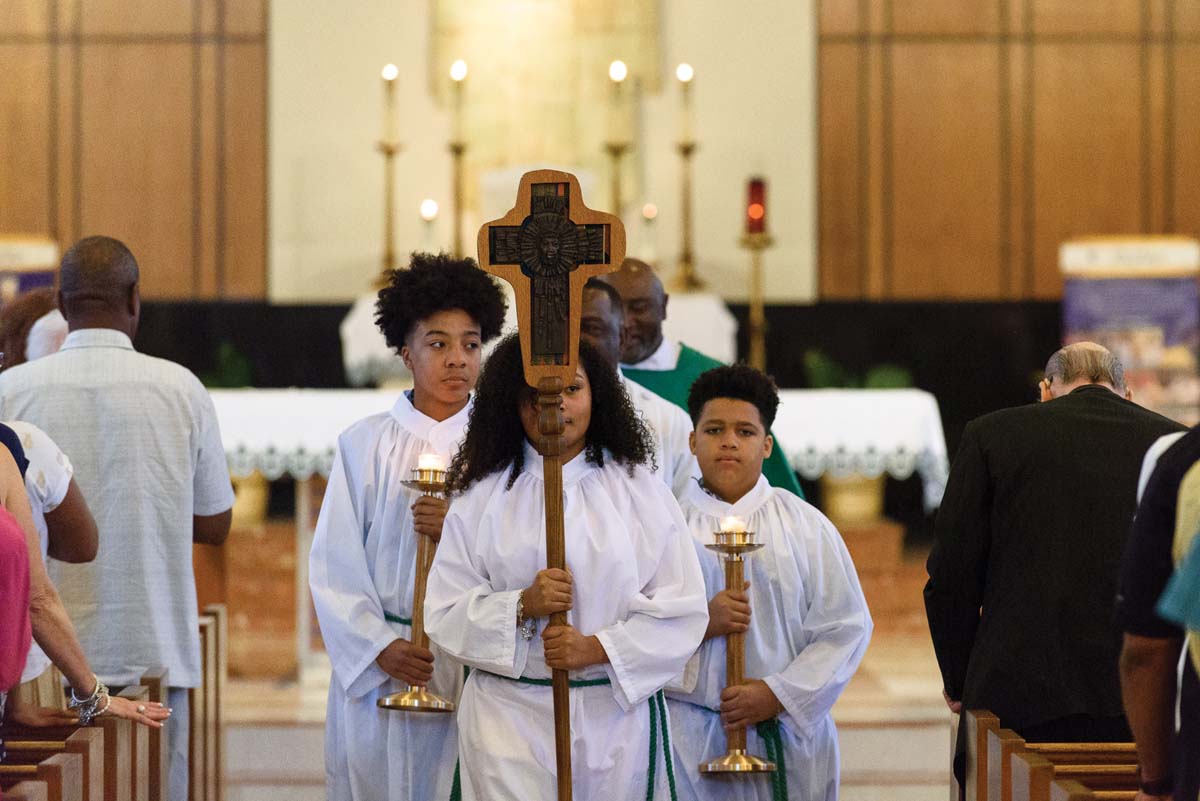 Altar servers process through the sanctuary at Our Mother of Mercy Catholic Church in Houston. A Nov. 13 Mass will honor both retired Auxiliary Bishop George A. Sheltz and the hundreds of altar servers at parishes across the Archdiocese. Seminarians have often said their discernment efforts were impacted by their choice to serve the Church as an altar server at their parish. (Herald file photo)