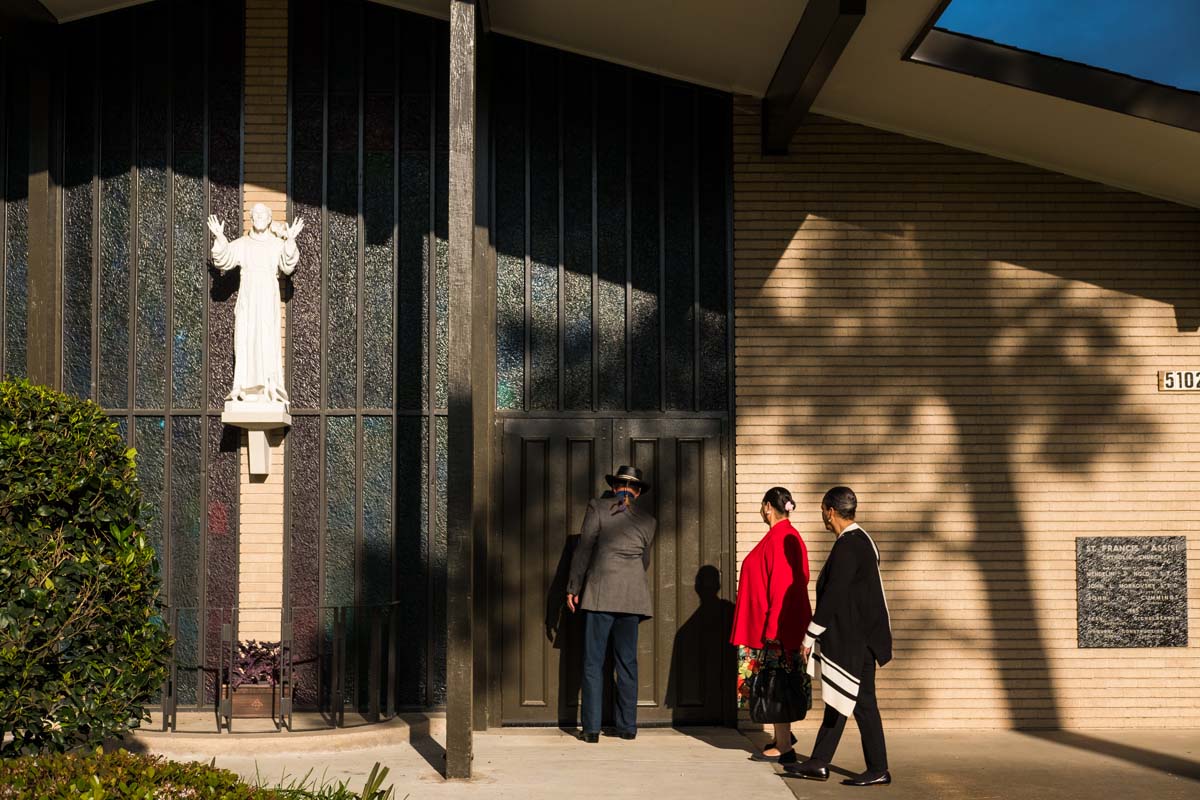 On Sept. 24, 2015, Pope Francis addressed the congress of the United States. During his speech, the Pontiff acknowledged and paid a special tribute to the contributions of four great Americans — two Catholics, Dorothy Day and Thomas Merton, and two non-Catholics, Abraham Lincoln and Dr. Martin Luther King Jr.

In his remarks to Congress, Pope Francis noted that Dr. King’s message of equality is rooted in the Gospel passage of the Golden Rule from the Gospel of Matthew “Do unto others as you would have them do unto you.”

Pope Francis stated, “This rule points us in a clear direction. Let us treat others with the same passion and compassion with which we want to be treated. Let us seek for others the same possibilities which we seek for ourselves. Let us help others to grow, as we would like to be helped ourselves. In a word, if we want security, let us give security; if we want life, let us give life; if we want opportunities, let us provide opportunities. The yardstick we use for others will be the yardstick which time will use for us. The Golden Rule also reminds us of our responsibility to protect and defend human life at every stage of its development.”

In February 2021, the Pew Research Center published the most comprehensive survey to date of Black faith in America.

One of the most striking finds that came out of this Pew research report is: “More than three-fourths of Black Catholics say that a commitment to racial justice is an essential or important dimension of their faith.” Moreover, this is why the Church commemorates and celebrates the life of Dr. Martin Luther King Jr. The Church uses this time of commemoration to rededicate itself to the fight for racial justice.

Pope Francis said of the events in the United States over the last few years: “We cannot close our eyes to any form of racism or exclusion while pretending to defend the sacredness of every human life.”

Daniel Cardinal DiNardo, in June of 2020, issued a statement regarding racism in our Church, community and country: “Plainly stated, for it is plain to see, we in America have a plank in our eye with regard to racism. This is a tough but necessary reality to confront because we cannot address a problem until we acknowledge it. This includes us as members of the Catholic Church.”

In 2018 the U.S. Conference of Catholic Bishops issued a pastoral letter called: ‘Open Wide Our Hearts,’ which condemns racism and vows to use the Church to combat it.

In the pastoral letter, the bishops wrote: There have been many times when the Church has failed to live as Christ taught — to love our brothers and sisters. Acts of racism have been committed by leaders and members of the Catholic Church — by bishops, clergy, religious, and laity — and her institutions. Consequently, we all need to take responsibility for correcting the injustices of racism and healing the harms it has caused.

As we go about to commemorate the life of Dr. Martin Luther King Jr. this month, The Catholic Church acknowledges its role in fighting for racial justice. We all can look to the life of this American leader and follow the dream in which this American religious leader taught us all to do.