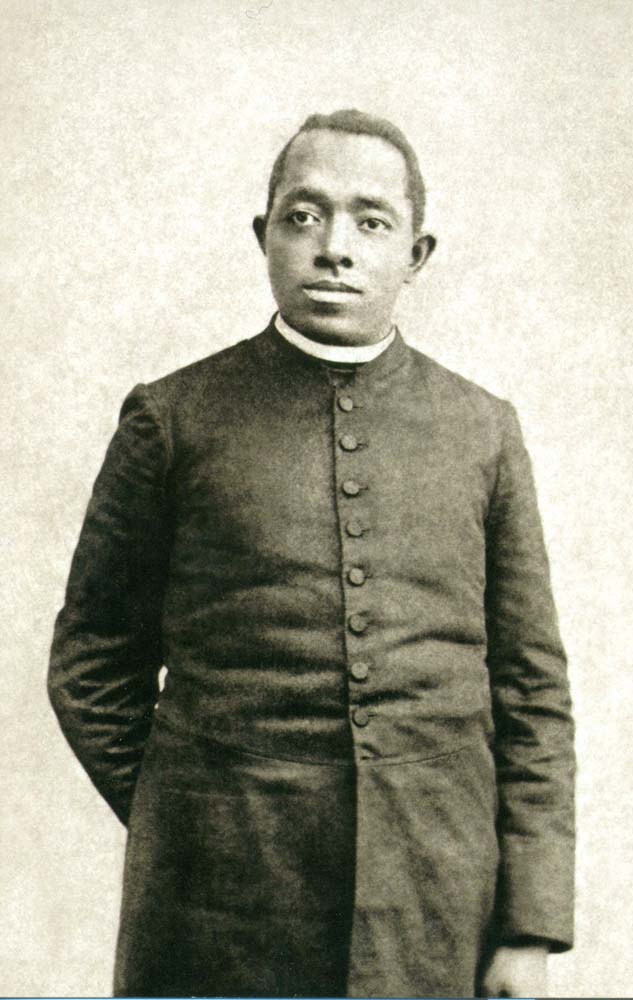 This year, I celebrate the 10th anniversary of my priesthood here in the Archdiocese.

Looking back, it never occurred to me at my ordination that I would be one of the very few African-American Catholic priests not only in Texas but in the country.

As I continue to reflect upon my priesthood in the Archdiocese, I feel that it is essential that we know the history of the Church, and to recognize the sacrifice and accomplishments of those who have come before. This is the reason for this reflection on Father Augustus Tolton.

Augustus Tolton was born into slavery in Brush Creek, Ralls County, Missouri in 1854 to Peter and Martha Tolton. Along with his family, he escaped to freedom during the chaos of the Civil War to later become the first African-American priest in the Roman Catholic Church.

The U.S. Conference of Catholic Bishops has acknowledged that Father Tolton was the first Catholic priest “publicly known to be black” when he was ordained in 1886.

Earlier this past summer, the Vatican allowed advancing the cause of Father Tolton to take the first step toward becoming the Catholic Church’s first African-American saint.

Bishop Joseph Perry of the Archdiocese of Chicago called Father Tolton “a bright light in a difficult period of this nation’s history.”

Bishop Perry goes on to state: “His life and ministry still speak to the problems of our day where communities, neighborhoods and churches continue to evidence separations among race and class and the disturbances that erupt periodically from these social contradictions.”

After the Tolton Family escaped from slavery, the family settled in Quincy, Illinois, where Augustus attended Catholic school.

After completing his elementary education, Augustus was allowed to enter St. Francis College to complete his studies. However, he faced much racial adversity as a potential candidate for the priesthood.

No Catholic seminary in the United States at the time would admit a black man, so in March 1880, Father Tolton was admitted to the College of Sacred Propaganda in Rome and was ordained to the priesthood on April 24, 1886.

Shortly after ordination, Father Tolton was sent to Quincy, Illinois for his first assignment as a priest.

He spent three difficult years there, facing racial hostility and a total lack of support, including difficulties from the white priests in the diocese who used racial slurs to refer to him.

There was evidence that the priests that were working with Father Tolton tried to convince the bishop to bar him from ministering to the white people of the diocese.

He was later transferred to Chicago where he ministered to the poor and built the community at St. Monica’s Catholic Church, which served the African-Americans of the city. Father Augustus died of heatstroke in 1897 at the age of 43.

“Father Tolton overcame the odds of slavery, prejudice and racism to become a humble priest and someone we should model our lives after,” said Bishop Thomas John Paprocki of Springfield, Illinois where Father Tolton is buried.