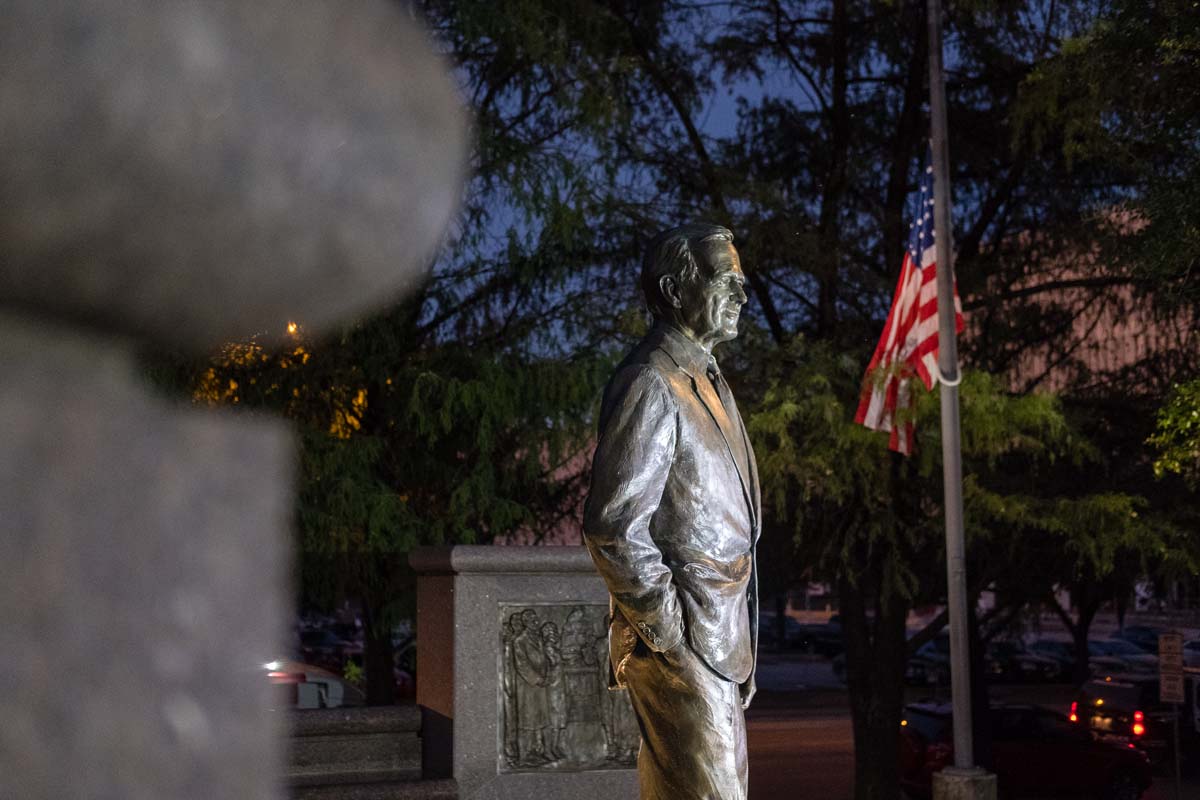 Throughout the week of national remembrance, thousands in Galveston-Houston turned out to publicly honor the former U.S. president following his Nov. 30 death at his Houston home. Many who focused on his strong faith, boundless courage, dedication and life of service.

Catholic and civic leaders in the Houston area recalled the late George H.W. Bush’s legacy as president, his history as a Houstonian and his faith as a Christian.

“The world, our country and the city of Houston recently lost a courageous man, dedicated leader and selfless public servant,”  Daniel Cardinal DiNardo said of the nation’s 41st president, who died in his Houston home Nov. 30 at age 94. “I join the faithful of the Archdiocese of Galveston-Houston in offering prayers and condolences to the entire Bush family.” Read more.

For Sister Mary Brendan O’Donnell, C.V.I., it was a baby afghan she made for the newborn child of George H.W. Bush and his wife, Barbara Pierce Bush.

Like many around the world, and especially in Houston, the lives of a consecrated woman religious and a Catholic priest were changed because of the nation’s 41st president.  Read more.

Pietro Cardinal Parolin, Vatican secretary of state, sent a telegram to the president of the U.S. Conference of Catholic Bishops, Daniel Cardinal DiNardo of Galveston-Houston, telling him the pope was "saddened to learn of the death" of the former president. Read more.

The 41st president of the United States, who made 26 international trips — including two Vatican City visits to St. John Paul II —as the nation’s leader, would travel a bit more through his Houston hometown and the Central Texas countryside before being laid to rest Dec. 6.  Read more.