Red Mass a call to praise, contemplation of justice and mercy 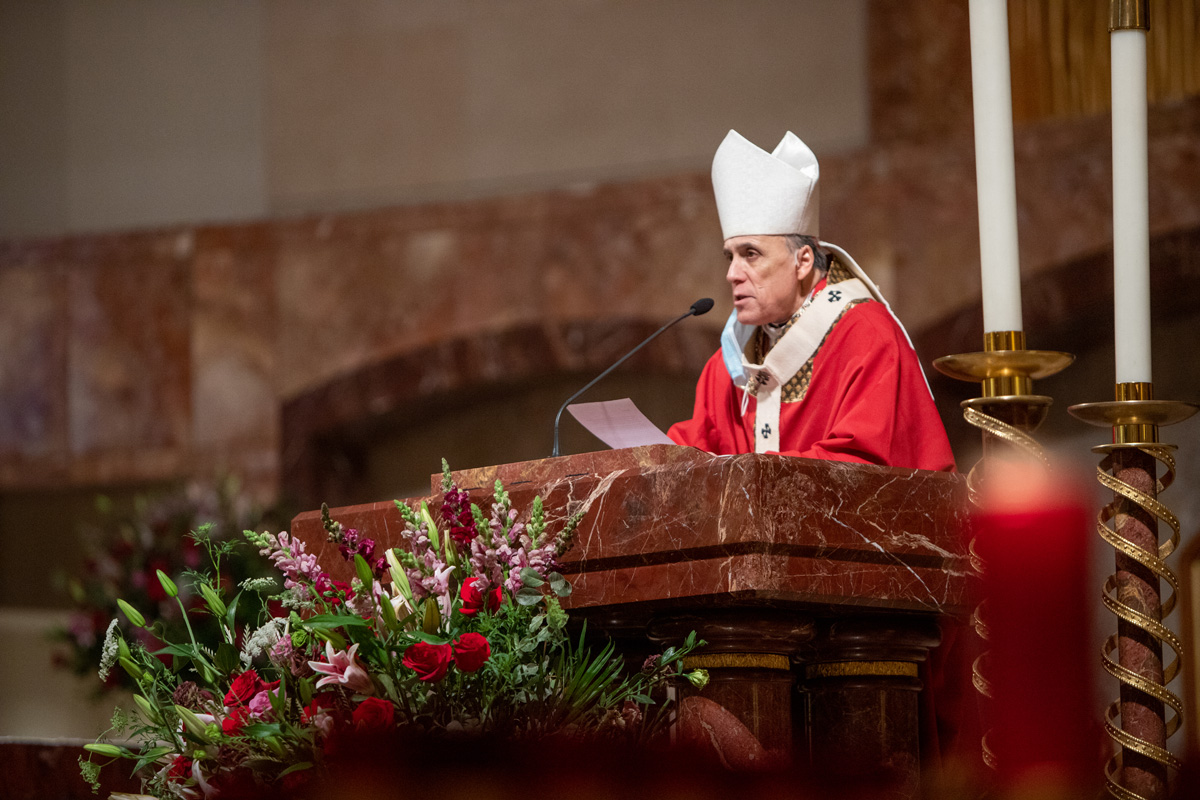 Above, Daniel Cardinal DiNardo preaches the homily during the Red Mass at Co-Cathedral of the Sacred Heart Oct. 27. The annual Mass prays with and for Galveston-Houston’s law community ahead of the upcoming legislative year. Below, a man prays during the Mass, which was livestreamed online to allow further participation for those who could not attend due to the pandemic. (Photos by James Ramos/Herald)

HOUSTON — Ahead of the upcoming legislative year, and just a week shy of the Nov. 4 general election, Daniel Cardinal DiNardo celebrated the annual Red Mass at the Co-Cathedral of the Sacred Heart on Oct. 29.

The annual Mass, which lifts up the legal community of Galveston-Houston in prayer, emphasizes “the central importance of praise and contemplation of God,” Cardinal DiNardo said in his homily. 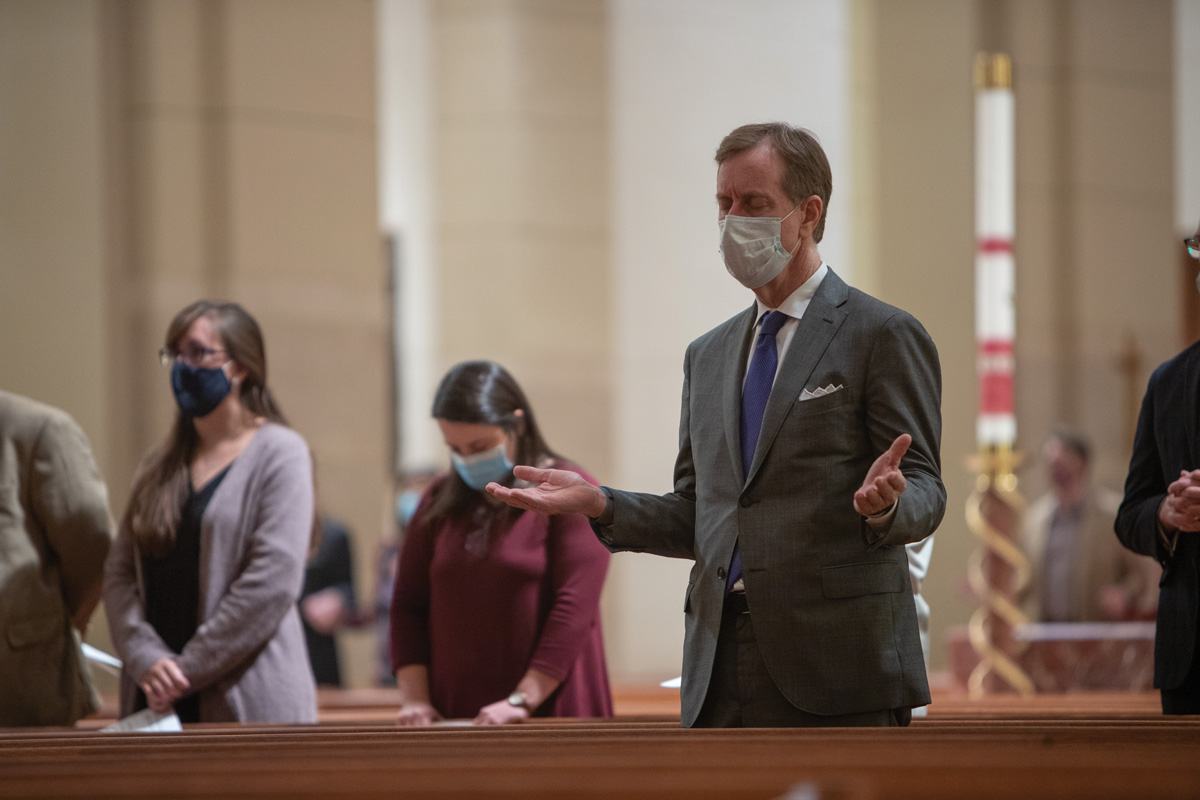 “There is a considerable amount of things that are going on in our law, in our country, in our lives and in our hearts. We desperately need praise and contemplation of the Lord, and I’m asking for the Lord’s insight through His Holy Spirit.”

“We need God’s help, even in the very profession of the law,” he said. “And we need it in our personal lives.”

The Mass’s First Reading from Isaiah reminded the congregation that those at the margins, the peripheries, become the center of attention, Cardinal DiNardo said.

In the Mass’s Gospel reading from Luke, Cardinal DiNardo noted that Jesus “uses his public life” to bring “new life out of distress” for the poor, the disenfranchised, the immigrant and incarcerated.

Jesus focuses His ministry on these “bruised reeds” and “smoldering wicks” and brings them to a new sense of freedom, joy and the Kingdom, Cardinal DiNardo said.

In the lawyer-client relationship, “a sacred oath is taken.” The clients, “no matter who they are,” become these “smoldering wicks” who ask their representing lawyers to bring a kind of “justice” or “mercy” in the law.

Cardinal DiNardo reflected on Pope Francis’s new encyclical, “Fratelli Tutti,” and drew on the themes that united the people of the world as one.

“The right to live with dignity cannot be denied to any,” Cardinal DiNardo said.

Pope Francis reminds us that the whole world and its people, each person and individual “are all our clients” for those in the legal professions, Cardinal DiNardo said.
The poor and injured all “demand our attention and those of us who have the know-how and the way to do that,” Cardinal DiNardo said. “Our professional training, the beauty of the law, has to be used in service of those who would need our constant help and support.” 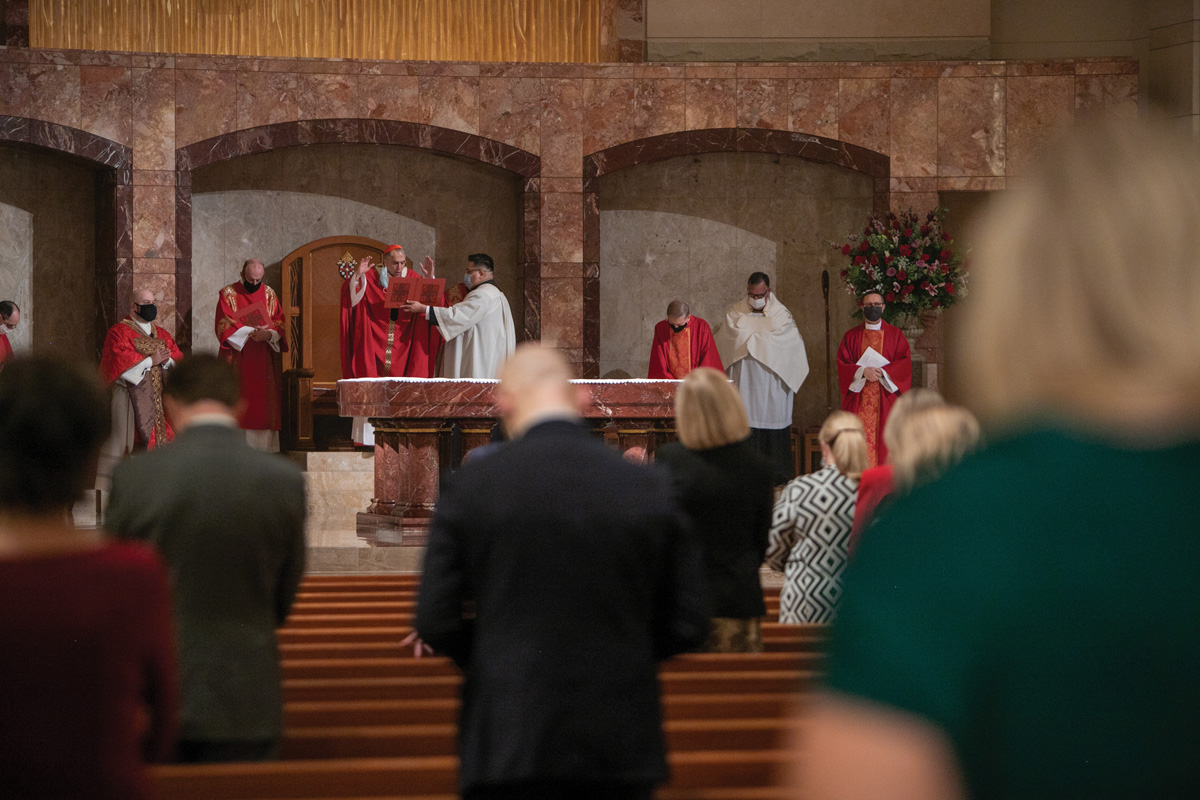 Cardinal DiNardo prayed that the legal community stayed concerned that the human person is the basis for all law.

At the Red Mass, lawyers, judges or legislators altogether with Pope Francis say: “All of us are brothers,” Cardinal DiNardo said.

The pope also reflected on the parable of the Good Samaritan, which Cardinal DiNardo said is a story very much important to today’s society.

“There is a need for us today to take seriously the works of the Gospel, the words of Jesus, and ... the Good Samaritan in the back of our minds,” he said. “We might go forward now practicing our own chosen disciplines of the law, and begging the Lord to make us more ethical, more professional, more beautiful in the practice.”

The annual Red Mass also remembers all those in the legal community who have died in the previous year.