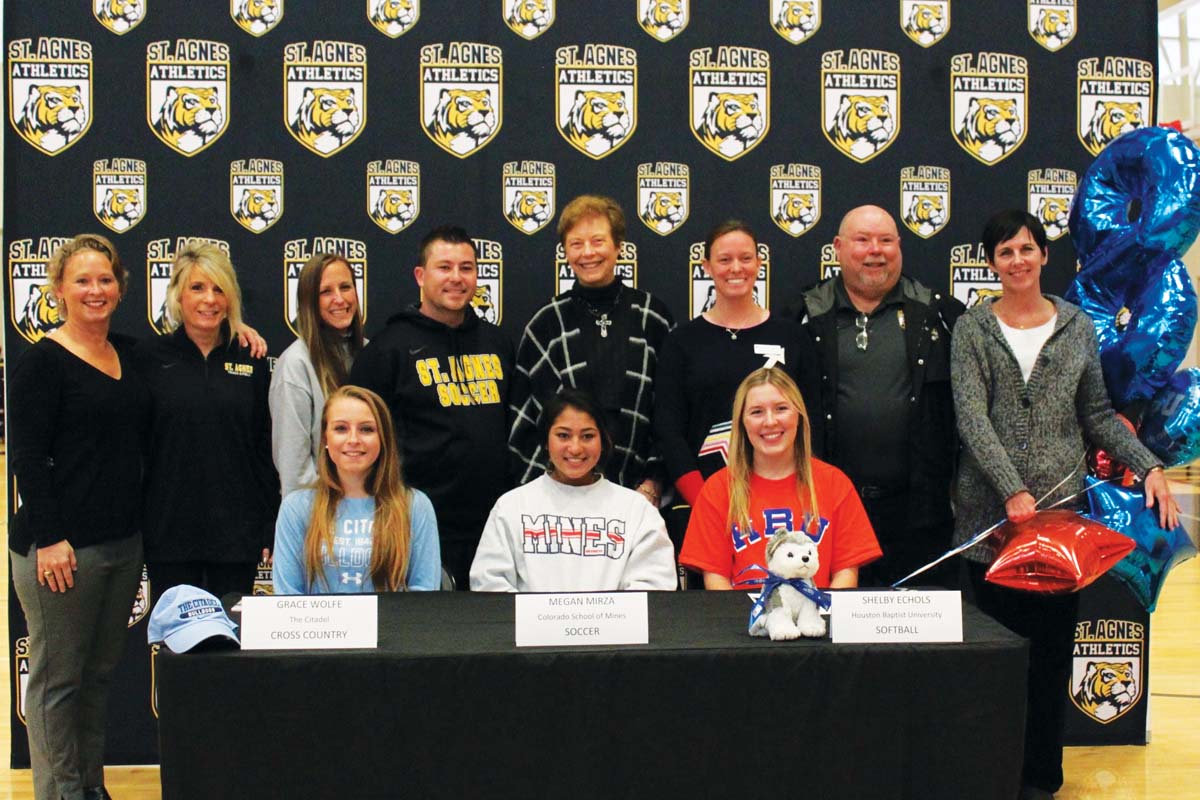 HOUSTON — Athletes from several of the Catholic high schools in the Archdiocese signed letters of intent to play sports with a college or university.

“Throughout this process, I believed that God had a plan for me,” Matocha says. “And I’ve always believed that the only person who can stop me is myself. I was never going to allow that to happen.”

Eagle football receiver Hunter Cheek signed with the University of Incarnate Word of the FCS Southland Conference, and Dylan Dixon, who flipped from wide receiver on offense to cornerback on defense, to Navarro College.

“God has given me this opportunity and it’s up to me to take full advantage of it,” Dixon said. “I’ve always carried that edge that pushed me to persevere. I’m disciplined and I can ball so I’ll just continue to work like I always have and good things will happen.”

At Duchesne Academy of the Sacred Heart, Joanna Kass signed a Letter of Intent to play golf at Trinity University in San Antonio, Maria Miggins signed to play volleyball at High Point University in North Carolina, and Milan Crespo signed to play soccer at Kenyon College in Gambier, Ohio.

St. Pius X High School had nine students sign their Letters of Intent on National Signing Day, making the total 13 so far for the year.

Sabrina Hillyer and Lyndie Swanson at St. John XXIII College Preparatory both signed four-year commitments. Hillyer, a soccer player, accepted a scholarship to play for the University of Arizona. Swanson, a softball player, signed to play for Houston Baptist University.