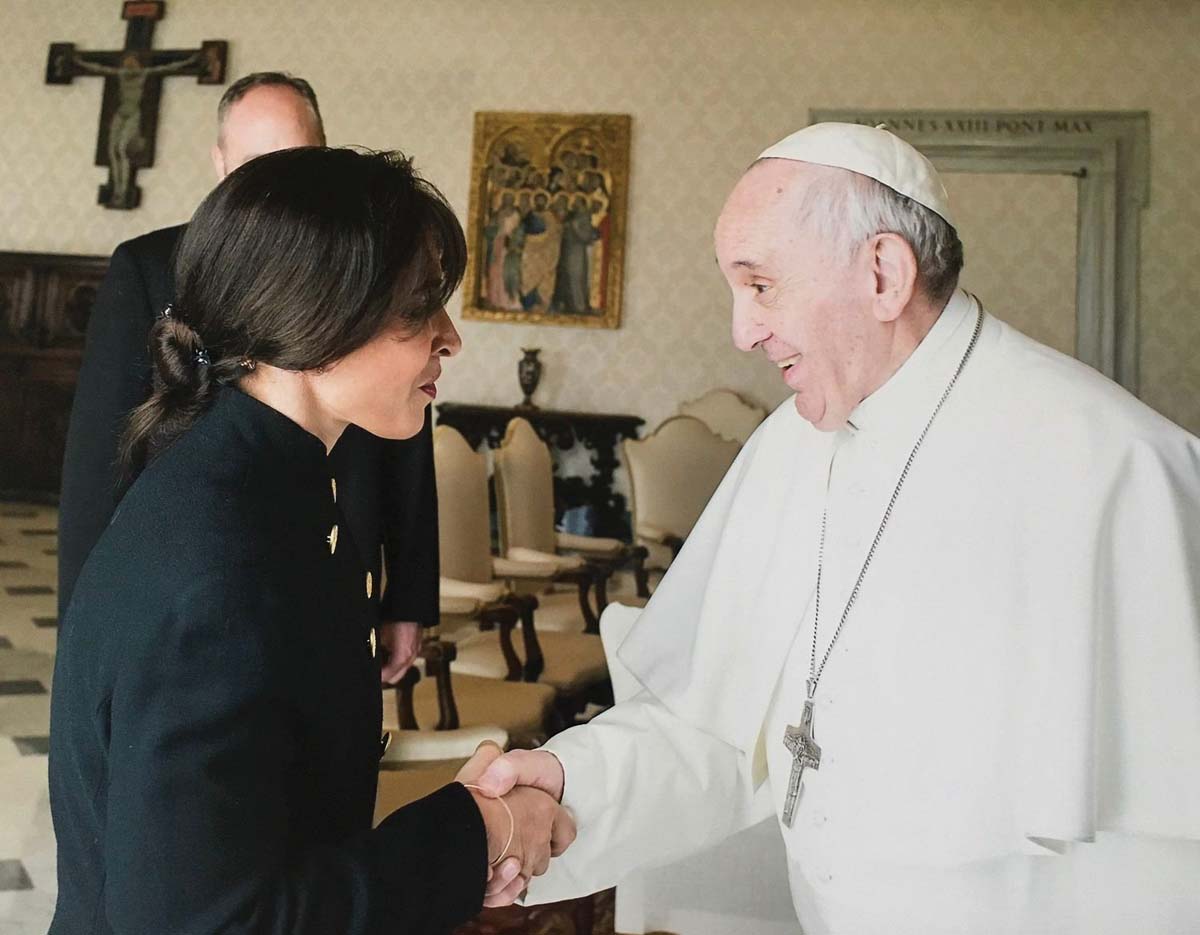 Pope Francis appointed Argentine theologian Emilce Cuda as the new head of office of the Pontifical Commission for Latin America, a position she began Sept. 1. Cuda is pictured with the pope at the Vatican March 17, 2017. (CNS Photo)

HOUSTON — University of St. Thomas - Houston (UST) lecturer, theologian Emilce Cuda, is now the first woman to serve as head of the office for the Pontifical Commission for Latin America.

The appointment was made by Pope Francis, who, like Cuda, is Argentinian.

Her significant new assignment recognizes Cuda’s contributions as a moral theologian working on behalf of laborers and the poor in Latin America.

Dr. Gerardo “Lalo” Salazar, director of UST’s Center Semillero, is a good friend of Cuda and said, “We are very glad about the news of her appointment from Pope Francis. We’re also pleased that out of her collaborations with multiple universities in the U.S., she chose to mention only her affiliation with UST because of our pioneer initiative to provide graduate — and eventually doctoral — theological programs in Spanish.”

The Pontifical Commission for Latin America was created in 1958 to reflect the Holy See’s deep appreciation of The Continent of Hope and its unique challenges. The authority studies the principal questions of Catholic life in Latin America, encouraging collaboration between the Vatican and the Latin American Bishops’ Conference.

“Emilce will work with the Church’s structure in Latin America to keep the Holy See informed of the region’s needs,” Salazar said. “She also will interface with the various dicasteries at the Vatican to help them identify ways to support those countries.”

Professor Cuda, who also lectures in her home country at the Pontifical Catholic University of Argentina, will relocate for her new full-time position in Vatican City. She started her new role early September.