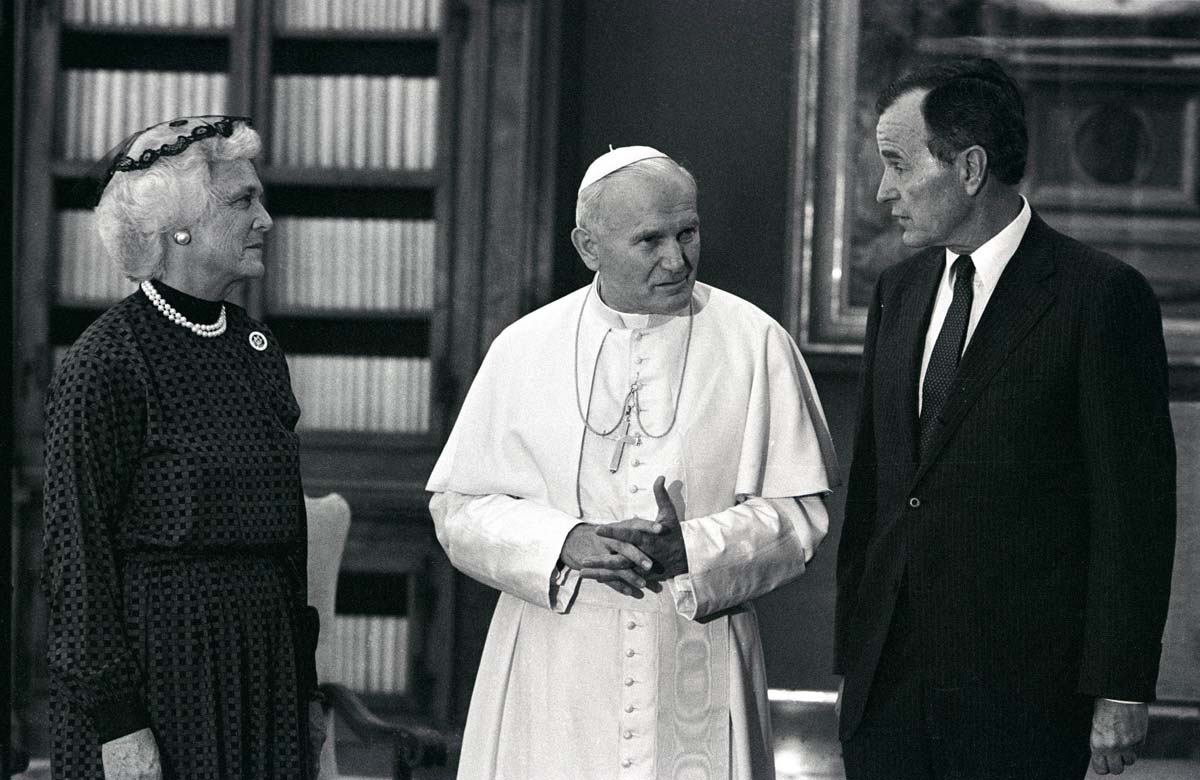 U.S. Vice President George H.W. Bush and his wife, Barbara, are seen with St. John Paul II during an audience at the Vatican in 1985. Bush, the 41st president of the United States and the father of the 43rd, died Nov. 30 at his home in Houston. He was 94. CNS photo.

VATICAN CITY (CNS) -- Pope Francis expressed his condolences for the death of the 41st president of the United States, George H.W. Bush.

Pietro Cardinal Parolin, Vatican secretary of state, sent a telegram to the president of the U.S. Conference of Catholic Bishops, Daniel Cardinal DiNardo of Galveston-Houston, telling him the pope was "saddened to learn of the death" of the former president.

"Pope Francis offers heartfelt condolences and the assurance of his prayers to all the Bush family," he said in the telegram published by the Vatican Dec. 5.

"Commending President Bush's soul to the merciful love of almighty God, His Holiness invokes upon all who mourn his passing the divine blessings of strength and peace," Cardinal Parolin wrote.

Bush had met with St. John Paul II during two separate visits to the Vatican City during his terms in leadership.

Bush died Nov. 30, at the age of 94 at his home in Houston. He was to be honored with a state funeral in Washington Dec. 5.