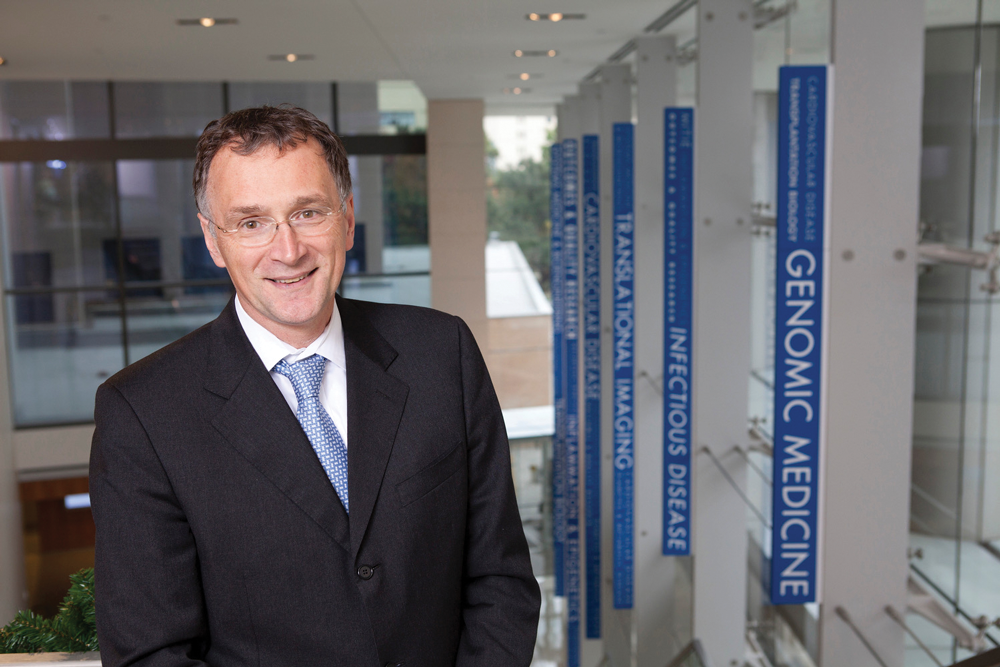 HOUSTON — Pope Francis appointed Dr. Mauro Ferrari, president and CEO of Houston Methodist Research Institute, to serve on the Pontifical Academy for Life for the next five years. The research scientist is working to bring Academy members to visit Houston for a palliative care conference on end-of-life issues.

The academy, first formed in 1994 by St. John Paul II, has been responsible for the development of many Catholic teachings on medical ethics, including procreation, gene therapy, euthanasia and abortion.

“I am a devout Catholic and follow the policies of the Church” on pro-life matters, Ferrari said. “Yet I bring a perspective as a research scientist with a cutting-edge, faith-based major research institution.”

Ferrari described his role as a “sentry” in helping to keep the Vatican aware of breaking medical discoveries and technologies.

“Medical discoveries are reaching the point of putting science fiction to shame. We need to discuss what is ethical for our people and our souls,” he said.

“The Holy Father asked us to focus on the more frail of our society. To review care for the elderly, children, women and the impoverished. He had a more holistic message,” Ferrari said.

Pope Francis also appointed non-Catholics for the first time on the Pontifical Academy for Life, including Muslim and Jewish scientists and Japanese Nobel Laureate Shinya Yamanaka, who researched using adult stem cells as an alternative to embryonic stem cells.

Ferrari agrees, “Everyone has stem cells. Our own adult stem cells can be used to heal diseases and injuries” with no need to use embryos.

The researcher attended his first Assembly of the Pontifical Academy for Life this past October at the Vatican and Pope Francis addressed its members on the first day.

The Holy Father told the assembly, “The theme of your meeting – Accompanying Life: New Responsibilities in the Technological Era – is one that is demanding and much needed... Serious questions are being raised by the power of biotechnologies that, even now, enable the manipulation of life in ways, hitherto, unimaginable.”

The next annual meeting for the academy is set for June 25 to 27, but Ferrari said he also has a tentative agreement for academy members to come to Houston in the fall to attend a palliative care conference.

“We will address pain management and terminal illnesses, end-of-life issues for our brothers and sisters,” Ferrari said.