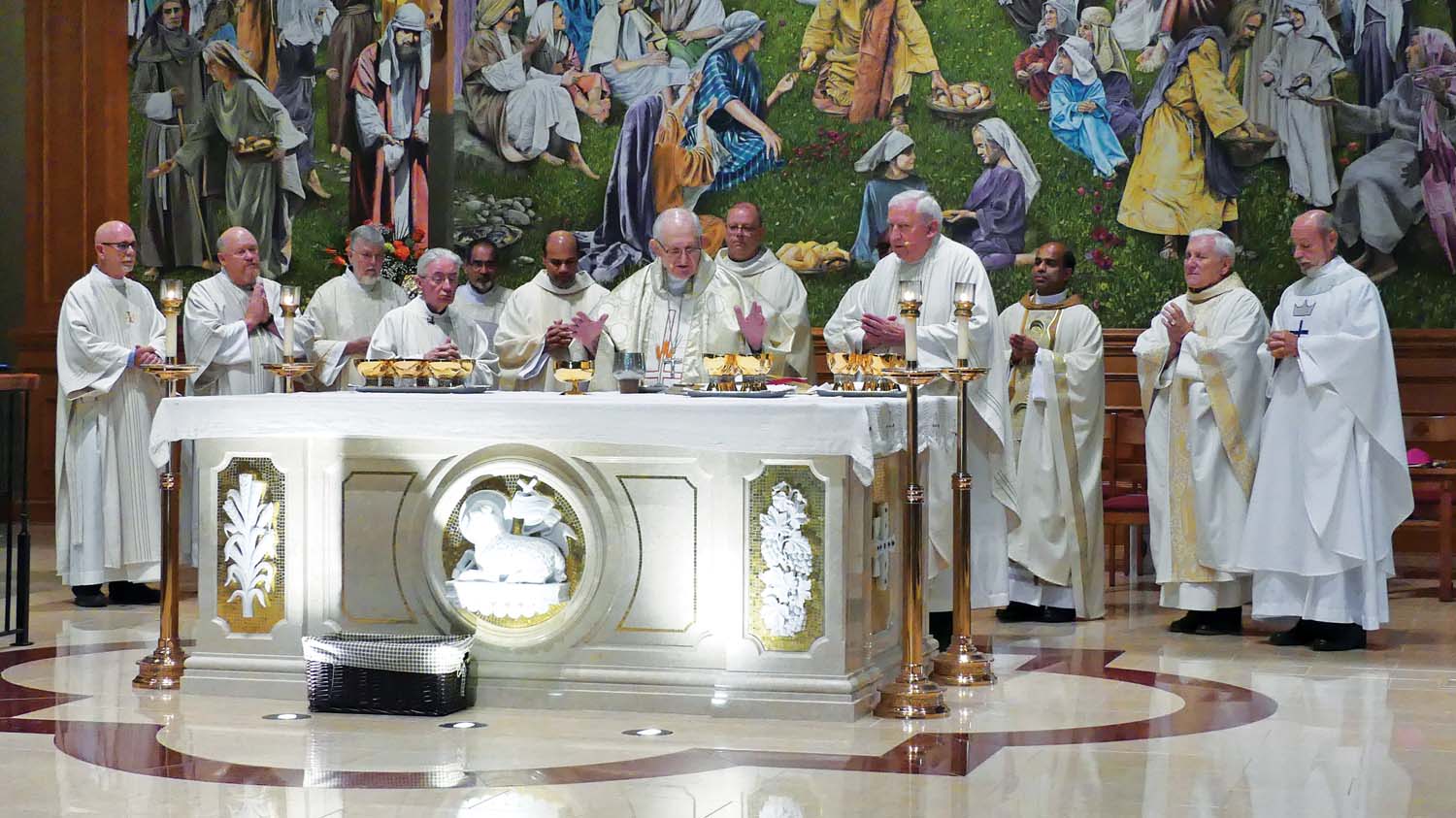 FRIENDSWOOD — Mary Queen Catholic Church in Friendswood, erected in 1969 from its origins as a mission, has been celebrating the Golden Jubilee of its establishment as a parish throughout 2019. On Sept. 21, honoring the Feast of Our Lady of La Salette, parishioners gathered to celebrate a Mass of Thanksgiving with Archbishop Emeritus Joseph A. Fiorenza as principal celebrant and homilist.

Father Rene Butler, M.S., the provincial superior of the La Salette Missionaries, joined in the celebration along with many of the former pastors and parochial vicars who served in ministry at the church over the years. The parish of more than 2,987 families, is led by Father James Kuczynski, M.S.

Daniel Cardinal DiNardo sent a message “that this time of celebration may be one of gratitude for 50 years of blessings and of great hope looking forward to the future.” 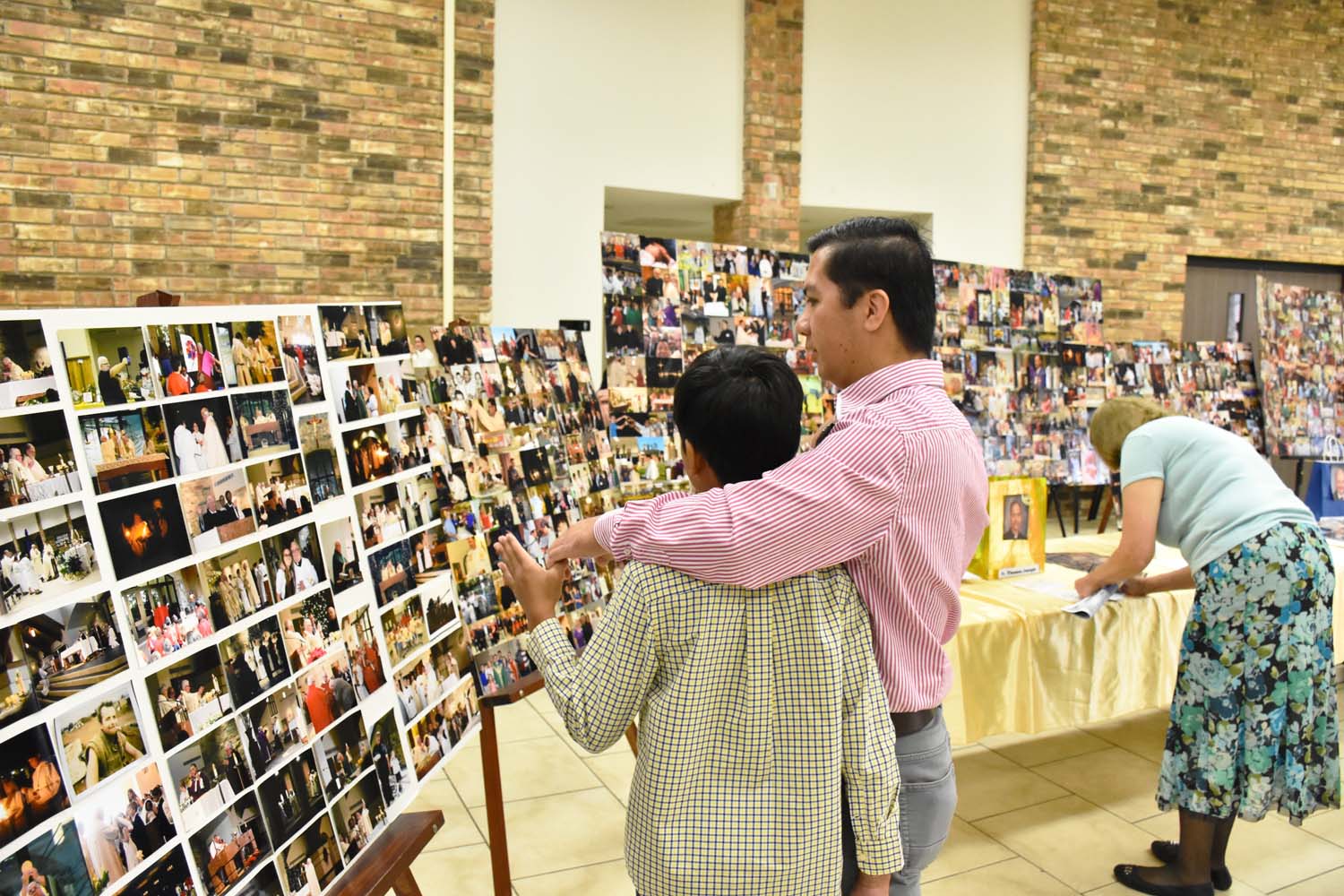 Parishioners view photoboards with images spanning the 50 years of ministry at St. Edward Catholic Church in Spring. The parish was founded in 1969 and has grown to more than 3,386 families. (Photo by Michelle Eisterhold)

SPRING — St. Edward Catholic Church in Spring marked its 50th anniversary with a series of events that concluded with a Golden Jubilee Mass celebrated by Daniel Cardinal DiNardo on Oct. 13, with past clergy concelebrating.

Events preceding the Oct. 13 Mass included a prayer vigil of 50 Hours of continued Eucharistic Adoration; an anniversary quilt display; a Mass celebrated by Father Eugene Francis, founding pastor, attended by other founding parishioners; a jubilee dinner and auction and more, as well as a series of seven Sunday occasions that featured different parish ministries. After the Jubilee Mass, the parish hosted its annual fall festival on the church grounds.

Established in 1969, St. Edward has grown into a community from the inital 74 families at its founding to more than 3,380 families. The parish is led by Father Christian Bui as pastor. 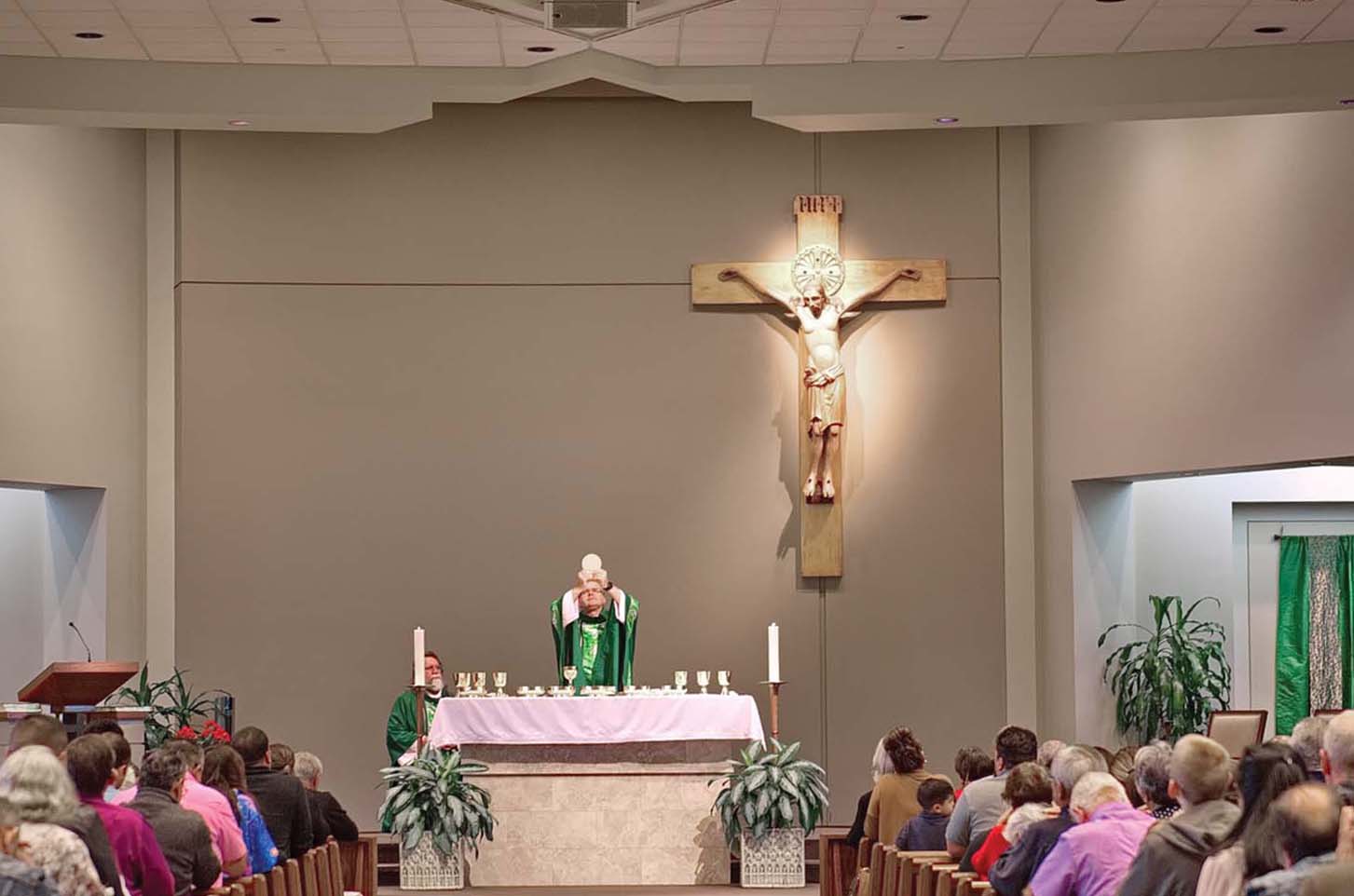 St. Edith Stein Catholic Church in Katy celebrated their 20th anniversary during their Masses Oct. 12 to Oct. 13. The Masses were followed by a reception and video presentation of the community’s journey to becoming a parish of more than 2,300 families. (Photo by Joseph Ky Nguyen)