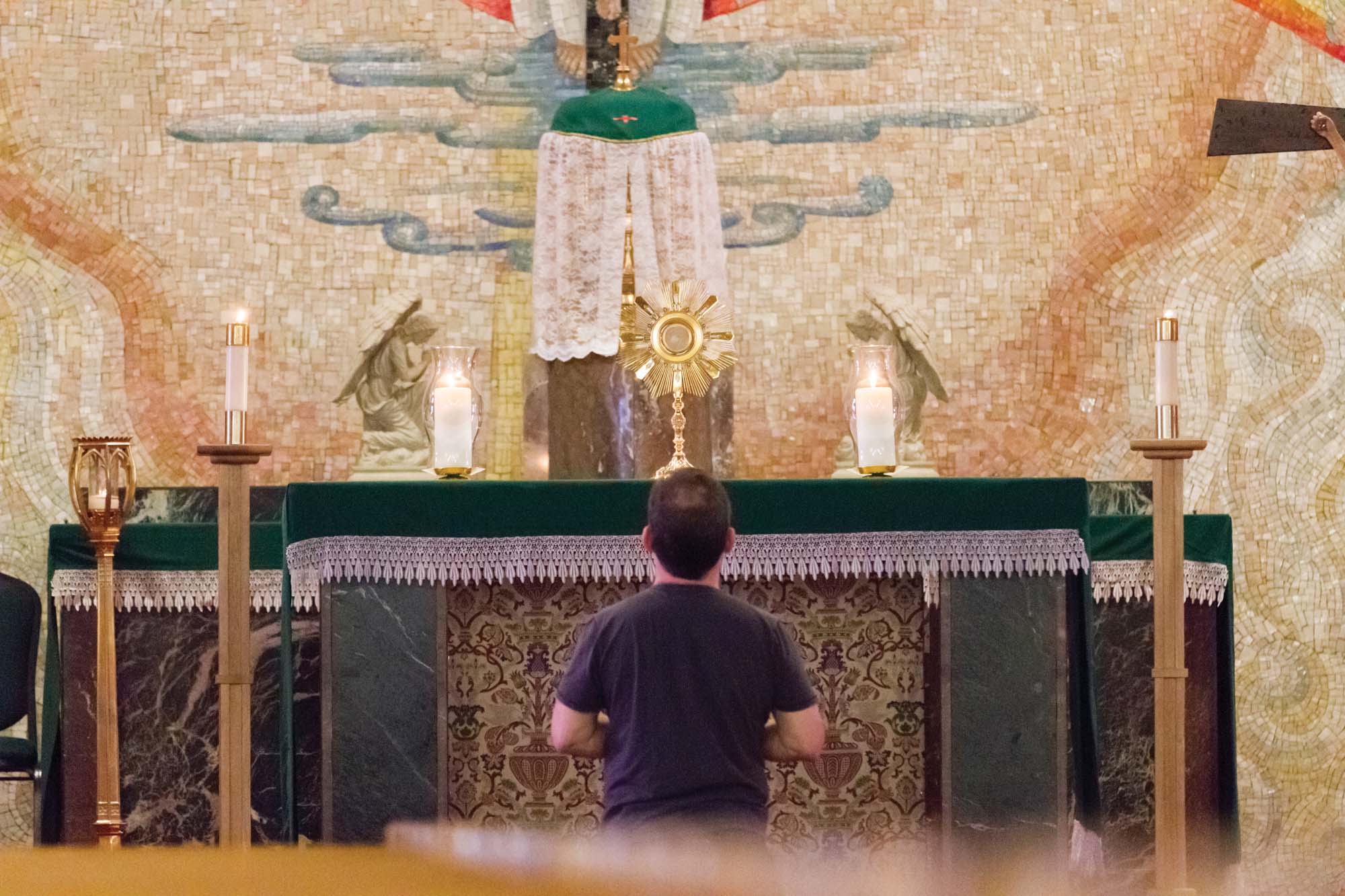 A man prays before the Blessed Sacrament at St. Christopher Catholic Church in Houston. Photo by James Ramos/Herald.

Editor’s note: This is the first article of a two-part series. Part two will be in the April 25 issue.

HOUSTON — In 2013, the Archdiocese requested that pastors and lay leaders at all 146 parishes take time to discern their communities’ unique needs and chart a five-year plan to live, share and nurture the faith — the three “pathways” to their pastoral planning.

The request was a large part of the Archdiocese’s own pastoral plan, which created the opportunity for parishes to listen to the needs and desires of the churched and unchurched in each community. The initiative created an invitation for pastors and congregations to work together toward the goal of making disciples in a “spirituality of communion,” which is not only the Archdiocese Pastoral Plan theme but its reason for existing.

Some parishes have filed their pastoral plans and are executing against them. Some parishes filed plans and have sometimes found it necessary to go back to the drawing board. Some parishes are still in discernment. Parish planning is not a project. It’s a process.

Fostering a “spirituality of communion” isn’t the end goal of parish-level planning. Necessarily, it’s where planning begins. It’s the means to the ends. It’s the spirituality that infuses and suffuses the planning.

“Before making practical plans, we need to promote a spirituality of communion, making it the guiding principle of education wherever individuals and Christians are formed, wherever ministers of the altar, consecrated persons, and pastoral workers are trained, wherever families and communities are being built up,” St. John Paul II wrote in his Apostolic Letter Novo Millennio Ineunte at Close of the Great Jubilee of the Year 2000.

“St. John Paul cautions us against going to quickly to pastoral planning before forming people in a spirituality of communion,” said Father Clint Ressler, pastor of St. Mary of the Miraculous Medal in Texas City and former pastor of St. Rose of Lima in Houston. “Without that real quality of communion among us, then it’s just mechanisms without a soul.

“To me, that’s so easy for us as Americans to overlook, because we are so much about pragmatics and achieving goals and to be able to show something for the work we’re doing,” Father Ressler said.

He added that the meaning of “spirituality of communion” is too easily diluted as “another way of saying ‘be nice’ or ‘be kind’ or ‘be loving’ to each other. I think that it’s far more than that.”

Father Ressler said that Mass is an invitation for the faithful to see how intense the pact of the Catholic community should be.

“Jesus told the Apostles, ‘Love one another as I have loved you.’ We are being invited to love each other to the point of giving our life for each other. What is Eucharist at Mass? It really is this pact, ‘I’m ready to die for you.’ I think that level of intense intimacy and communion and relationship is scary. But I think Jesus was trying to invite us to see our relationships within the Church with that level of intensity.

“Just imagine when the Body of Christ is fully alive. When we are about all of us more than we care about any one of us, then the Holy Spirit and God’s grace can really be at work. Not just to achieve goals in some pragmatic fashion. To me, building the Kingdom of God is both the means and the ends,” he said.

Father Ressler said that when the Spirit is really at work, there is mutual love.

“There’s a willingness of people to set aside themselves for the larger group,” he said. “Then what we need to do becomes very clear. Love seems to create its own plan.”
Father Ressler emphasized the importance of unity from the beginning.

“Build this mutual love. And then say, ‘We’re not going to do anything until we have love for one another.’ If we’re not united, we should just go home.”

“I have to focus concretely on the day-to-day of loving those whom I encounter. And try to create this spirituality of communion within our parish staff, school staff, pastoral council and close volunteers. And hope that the fire spreads,” he said. “When people feel loved and appreciated and valued, and there is that kind of atmosphere, gradually it changes the atmosphere elsewhere.”