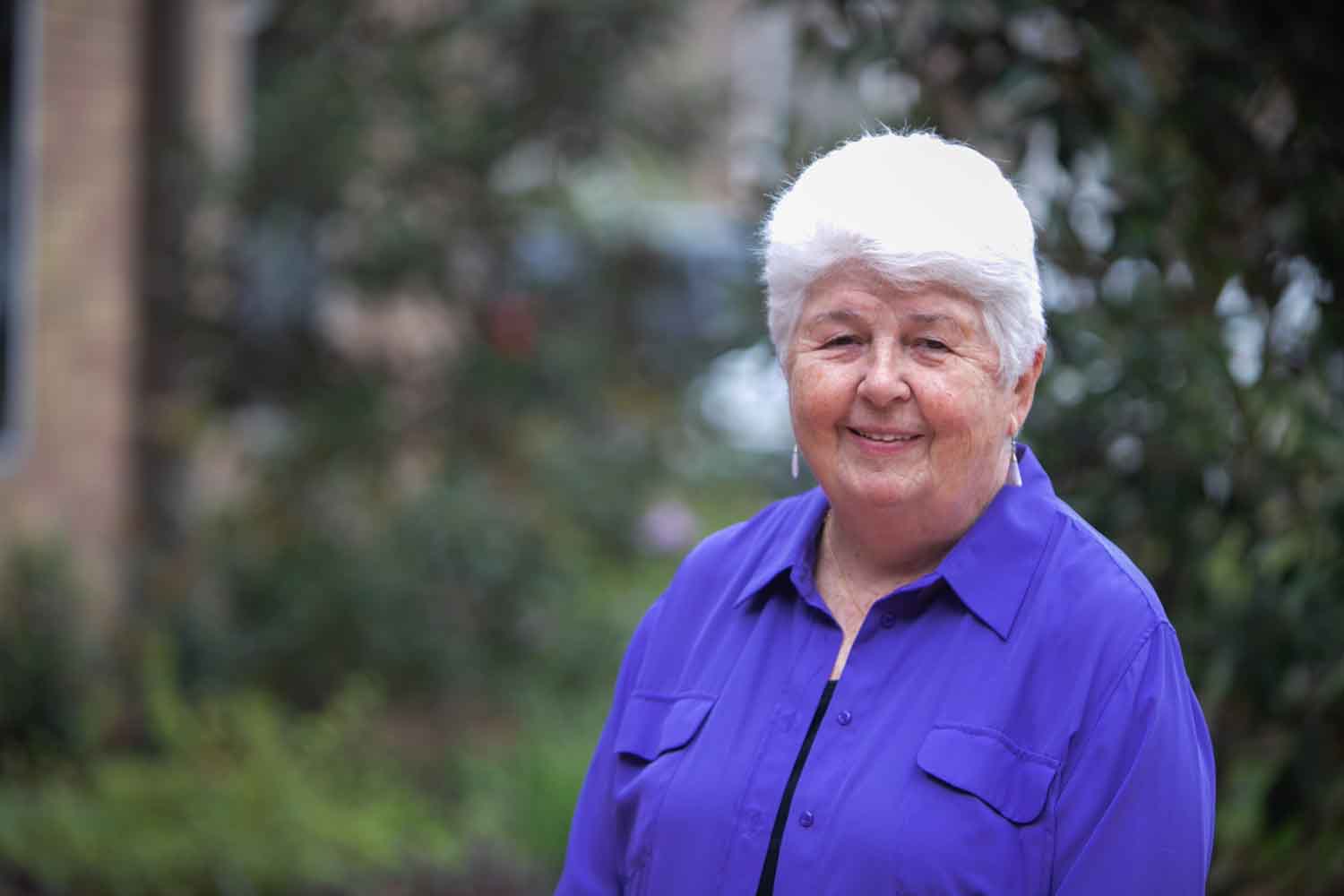 Sister Maureen O’Connell, OP, is the director for the Secretariat of Social Concerns. In this role, she oversees and assists the Church’s social service agencies. (Photo by James Ramos/Herald)

HOUSTON — Sister Maureen O’Connell, OP, whose vocation has spanned from being a Chicago police officer to taking vows as a religious sister, will now serve as the Archdiocese’s director for the Secretariat of Social Concerns.

“We hope to enhance and encourage communications among these entities. We cannot survive in silos any longer. Our mission is the same — to serve God’s people,” she said.

She will also work with the Office of Justice and Peace and its director, Deacon Sam Dunning, who coordinates grants from the Catholic Campaign for Human Development, the domestic anti-poverty social justice program of the U.S. Bishops.

Sister O’Connell, whose office is in the St. Dominic Chancery, said she first wants to meet and hear the concerns of those agencies and the community before putting any specific plans into place.

To do so, Sister O’Connell plans to set up quarterly meetings with the agencies coming together. She is following the lead of the U.S. bishops, who affirm in their “Communities of Salt and Light” letter on parish social ministry about the need for organized action.

“Many parishes are joining with other churches and groups to rebuild a sense of community in their own neighborhoods and towns. These Church-based and community organizations are making a difference in housing, crime, education and the economic issues in local communities,” the letter stated.

Sister O’Connell said Catholic social teaching is also a main component with its seven themes of life and dignity of the human person; call to family, community and participation; rights and responsibilities; option for the poor and vulnerable; dignity of work and rights of workers; solidarity; and care for God’s creation protecting people and the planet.

Born and raised in Chicago, Sister O’Connell practiced the motto “to protect and serve” as a police officer in her native city in 1966 through 1977, mostly in the youth division and then as a detective in the vice division the last three years.

Having an aunt and role model who was an Adrian Dominican Sister, Sister O’Connell said she thought she could help people more as a religious after seeing how much people suffer because of poverty and a lack of access to resources.

She originally entered the religious community in Adrian, Michigan, in 1977 and her first profession in 1980. Coming to Houston in 1982, Sister O’Connell completed her Master’s degree in Social Work at the University of Houston and served as manager for the child sexual abuse program and clinical services coordinator of The Children’s Assessment Center as well as a therapist for the Family Service Center.

Sister O’Connell then founded in 2001 and became executive director for Angela House, a transitional housing program in southeast Houston for formerly incarcerated women who needed a safe place to live while developing positive life skills (see next page). Simultaneously, she worked 16 years as the Archdiocese’s first victim assistance coordinator from 2002 until 2018.

“As a police officer and as a therapist, I witnessed the issues confronting women who rarely had the opportunity to heal from the abuse they experienced as a child. Many of the women at Angela House suffer as a result of untreated mental health issues, addictions and long histories of abuse,” she said.

Currently remaining as a member of the board of Angela House, Sister O’Connell went on sabbatical but was drawn back into helping the community.

“I value this diocese and this community. I was healthy and know the needs, so when I was asked to fill this position, I was honored,” she said.

Catholic Charities has already requested her to be a presenter at its “Faithful Citizenship: Be Counted” scheduled March 24 at St. Dominic to discuss the importance of participating in the 2020 U.S. Census.