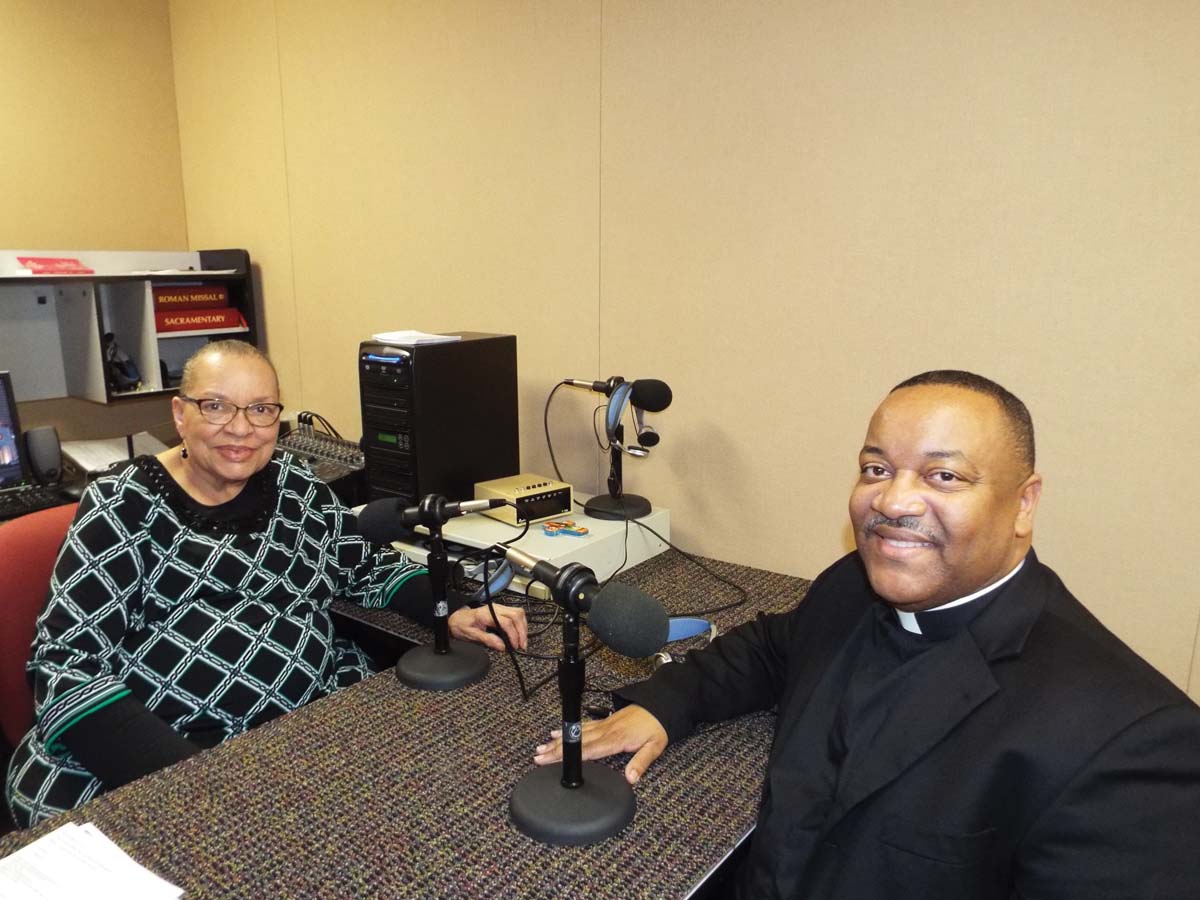 HOUSTON — Father Reginald Samuels, publicly announced by Daniel Cardinal DiNardo as the new Vicar for Catholics of African Descent at the Mass of Remembrance for Martin Luther King Jr. in January, is now busy meeting with community leaders and forming a plan of action.

Born in the small rural town of Washington, Georgia in the midst of the civil rights struggle in 1966, Father Samuels called himself a “happy Baptist.” The youngest of six children to Weaver and Edith Samuels, he grew up focused on family and church, Sunday worship and Wednesday evening Bible study. His father served as deacon of Gibson Grove Baptist Church.

After graduating with a degree in economics from the University of Georgia, he moved in 1997 to Houston to work for a major retail corporation. After attending St. Cyril of Alexandria Catholic Church in Houston with friends, he converted to the Catholic faith in 1999.

“It took me moving away from Georgia and being exposed to the Catholic Church by invitations from friends to attend Mass,” Father Samuels said and chuckled.

One of his spiritual mentors, Father Mario Arroyo, remains pastor at St. Cyril of Alexandria.

“I remember falling in love with the Liturgy and music, which kept me coming back,” Father Samuels said, joining the Church after going through the Rite of Initiation for Adults.

That conversion led him, at the age of 36, to enter St. Mary’s Seminary in Houston in 2003 and be ordained May 30, 2009 to the priesthood by Cardinal DiNardo. Father Samuels, now 52, is pastor of St. Hyacinth Catholic Church in Deer Park.

“It was a wonderful faith journey and my family was not surprised at my conversion. They supported me and even gave me a beautiful chalice as my ordination gift,” Father Samuels said.

As vicar and sole diocesan African-American priest, he has gathered eight leaders as members of a commission to assist him in representing the community.

One of those commission members is Doris Barrow, a minister at Texas Southern University’s Newman Center and director of religious education at St. Monica Catholic Church in the Acres Home area.

“I’m a catechist as well as a campus minister. I started taking groups of young people to the Archdiocesan Youth Conference (AYC) over the summers,” he said. “If you want to see what the future of the Church looks like, go to AYC. The kids truly see how big and diverse the Church is.”

“Those numbers show why it is important for us as a community and as families to ask the question of our youths, ‘have you thought about entering a vocation, visiting a seminary or convent?’” Barrow said.

Father Samuels said he also plans to work with the Knights of Peter Claver, a fraternal organization, to encourage vocations. Some considering vocations may also be diverted away from diocesan seminaries and toward missionary orders that cater specifically to African-Americans, such as the Society of the Divine Word and St. Joseph’s Society of the Sacred Heart, commonly known as the Josephites, he said.

Tim Colbert, director of the Archdiocesan Office of Adolescent Catechesis and Evangelization, said the annual African-American Youth Day, which was held March 30, is designed to form lifelong disciples and develop vocations.

This year’s event, with the theme, “The Word became flesh and dwelt among us!” was hosted by St. Francis Xavier Church.

Colbert said, “African-American Youth Day is designed to bring together youth to celebrate and experience their shared faith and culture. The day consists of community building, keynote presentations, workshops and prayer experiences.”

Father Samuels said these types of events are vital in developing new leadership. “Society is somewhat better now, but we need continuing awareness, communication and action,” Father Samuels said. “We as a community also need a social media presence for our younger people.”