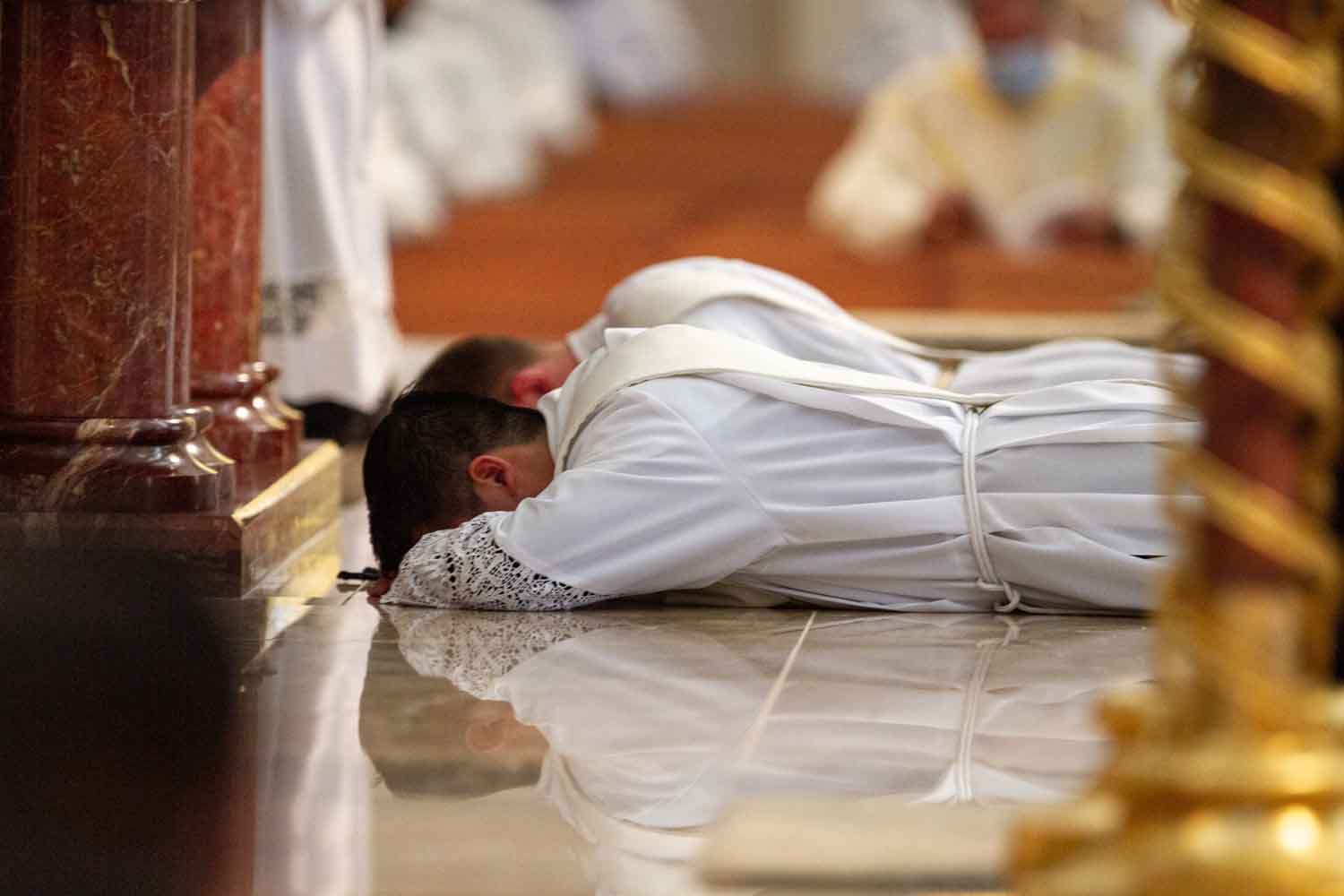 Father Mark Hebert, at back, and Father Thuc Nugyen lay prostrate before the altar during their Mass of Ordination to the Priesthood celebrated by Daniel Cardinal DiNardo at the Co-Cathedral of the Sacred Heart on June 6. (Photo by James Ramos/Herald)

HOUSTON — Hundreds gathered — according to social distance guidelines, of course — for the Mass of Ordination to the Priesthood of Father Mark Hebert and Father Thuc Nguyen on June 6 at the Co-Cathedral of the Sacred Heart.

Daniel Cardinal DiNardo, who presided over the Mass, was joined by concelebrants Auxiliary Bishop George A. Sheltz and Archbishop Emeritus Joseph A. Fiorenza and other clergy. Even with concerns over the pandemic, joy prevailed that morning as the two transitional deacons were ordained as new priests for the Archdiocese.

After addressing the civil unrest following George Floyd’s death and the worldwide pandemic, Cardinal DiNardo encouraged the two priests in his homily. “Seeking out the lost,” Cardinal DiNardo said. “Serving, not being served, that is your model and motto and life.”

Cardinal DiNardo also warned the young men of the challenges of the future.

“[The priesthood] is good work, it really is,” he said. “It is a difficult work and it’s a joyous work.” Yet “the most beautiful of your work are the Sacraments, veritable masterpieces of God’s creation in Christ Jesus.”

On May 23, Father Eduardo Rivera, CSB, was ordained by Bishop Sheltz at St. Anne Catholic Church in Houston.

Father Rivera was ordained as a transitional deacon with Father Hebert and Father Nguyen in 2019. As a newly ordained priest, Father Rivera will serve at St. John Fisher College in Rochester, New York. †