New generation of ‘motel kids’ being raised in poverty 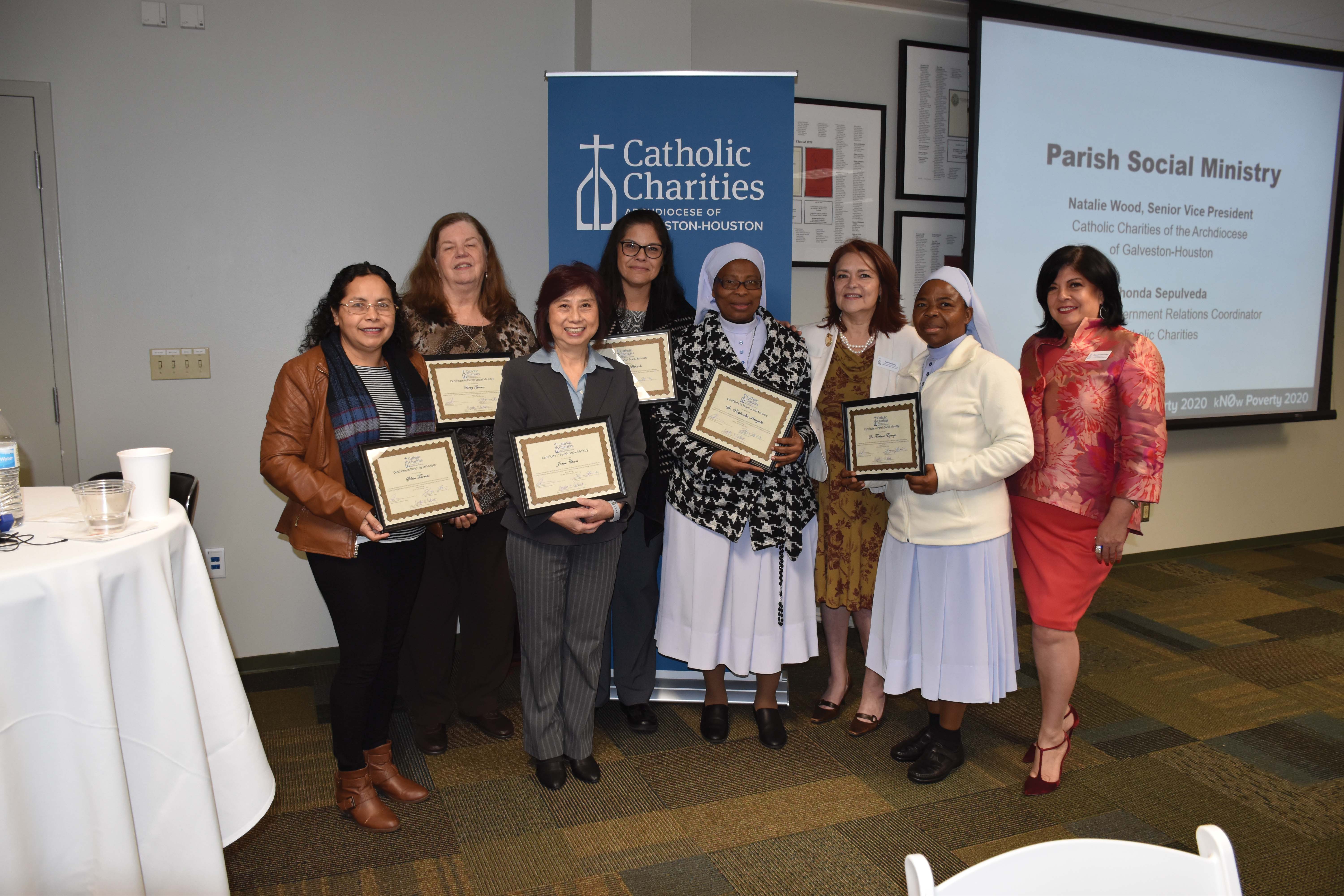 HOUSTON — Instead of “latch-key” children coming home from school to an empty house as both parents work, there is a new generation of “motel kids” being raised in poverty as parents try to find affordable housing.

Catholic Charities President and CEO Cynthia Colbert opened up the kNOw Poverty Summit Jan. 16 welcoming about 200 social workers, parish social ministers who head up food pantries, nonprofit organizations and government workers to collaborate on understanding and helping those in poverty.

“Poverty comes from a variety of complex issues. But we can feed, we can offer job training, we can help solve this if we learn to pull it off together,” Colbert said. “The myths of the poor being lazy and not wanting to work are not true when people realize a third of them are children; 11% are elderly and another 24% are working adults between 18 and 64.”

Keynote speaker Donna Beegle, CEO of Communication Across Barriers, who grew up in poverty with her family subsisting on migrant labor work, said, “There is still segregation in America — by social class.”

“What real estate agent has not been asked — ‘where are your good schools?’ Not everyone gets the same, yet society tries to say, ‘we’re all the same, and we all have the same opportunities,’” Beegle said.

“We are losing so many people, so much potential in this war on poverty. A whole generation is growing up as ‘motel kids.’ Children in poverty lose their childhood. We need to fight poverty, not fight the people in poverty,” she said.

But she said stereotypes go both ways. “Those who are poor sometimes think if ‘you’re making it,’ with food to eat and housing and jobs, then your life is perfect. You have no problems. Then we find out that they are as messed up as we are, just with middle-class sentence structure and not using ‘ain’t,’” Beegle said.

Bringing up Martin Luther King Jr. as one of her heroes, she said that Dr. King pointed out that people confuse the issue of poverty with race. Official statistics show that the majority of people on welfare are white women with children.

“Both Dr. King and Malcolm X were killed while organizing a Poor People’s Campaign to march on Washington, D.C., trying to unite with poor whites,” she said. “Racism is still alive and well in our institutionalized systems.”

In trying to educate people on poverty, another speaker, Kim Burgo, vice president of disaster operations for Catholic Charities USA, said the organization has begun working with Airbnb to offer temporary housing.

“They were able to offer $75,000 in housing with 300 days of stay. We are all called to help in disaster alleviation,” Burgo said.

Christine Ford, an educational specialist with the McGovern Medical School at UTHealth, told the crowd that the school has begun workshops to teach medical students “increased compassion of those living in poverty.”

“We found out that the average medical student comes from top household income brackets. And many of them were blaming their patients for poor health – not taking their medications, rather than realizing they may not have the funds,” Ford said. “Patients were missing appointments, but doctors didn’t realize there were transportation problems or not being able to afford proper nutrition.”

The workshops set up “mock towns,” including health clinics, schools, pawn shops and grocery stores. The students are assigned to one of 17 different family units with some beginning homeless and are given a packet of information about the family situation, income, debt and disabilities.

The goal of the simulation is, “what can healthcare do to better serve patients in poverty?” Ford said. In surveys taken afterward, one student responded, “As someone who comes from a privileged background, it was an eye-opening experience. I will better empathize with my patients.”

Curtis McMinn, senior manager, mission and strategy for the United Way of Greater Houston, said, “Go ask ‘Alice,’ – “Asset Limited Income Constrained Employed.” The poverty level for the working poor is being a family of four surviving on $24,300, he said. But studies in Harris County show that including childcare costs, food, rent, utilities and transportation, a family of four needs $61,404 “just to survive,” McMinn said.

“That’s not including movies or going out to eat even at McDonald’s. There are about 826,000 households in our area that are at $61,000 or below. About 40% of the population is at that threshold, and it will rise to 50% in the coming years,” he said.

These jobs are not only service and construction jobs, but also elementary school teachers and public servants, including law enforcement and firefighters, he said.

Kathy Payton, president and CEO of the Fifth Ward Community Redevelopment Corporation, said hope was almost lost in what had been called “The Bloody Fifth” because of the high crime rate.

“We are working to catalyze resources and transform a community,” said the Rice University and Harvard graduate. “But we started with three disasters — three public housing units. Then I-10 and 59 (freeways) came in and cut up the community. And that left us even more isolated and segregated.”

“Let’s change the face of poverty and how we discuss it and treat it. We need to quit treating the symptoms and develop strategies with each other,” Payton said.