MCNEILLIE: Even seminarians get engaged... to the Church 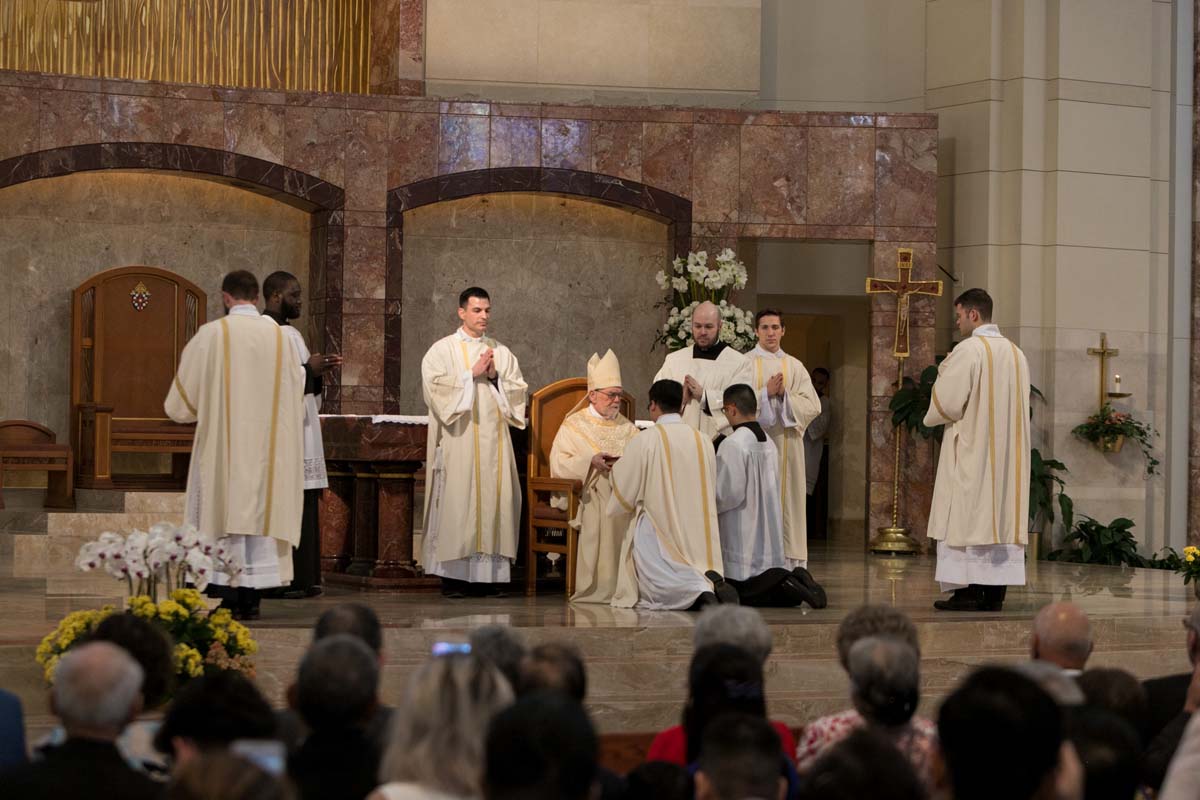 Ask a college freshman who just started dating and a young professional who is engaged: “Do you want to get married?” You might get the same response – “Yes” – but with vastly different meanings.

While the freshman might be thinking, “eventually,” the professional is thinking “certainly,” with a date in mind and an almost-total commitment to getting there.

Seminarians undergo something similar. Although it takes a significant level of interest and commitment for them to pass through the application process and enter the seminary, they continue to discern and grow more certain of their call to the priesthood as seminarians.

I routinely ask our new seminarians “Do you want to be a priest?” (Or “on a scale of one to 10, what’s your desire and confidence that God is calling you to be a priest?”) And although their answers might remain the same, the depth and maturity of their “yes” grow with time.

In romantic relationships, engagement usually marks the change in commitment between “eventually” and “certainly,” and for seminarians, the Rite of Candidacy marks a similar shift in their relationship with God’s Church.

Although many in the Archdiocese look forward to ordinations every year, few know about the annual, liturgical rite of Candidacy. When Pope Paul VI reorganized the steps to priestly ordination, he created a new step in the process known as “Admission to Candidacy.”

However, the Admission to Candidacy is much more than ceremonial. It expresses, after years of discernment, a seminarian’s resolute decision to enter into priesthood; and its public for all the world to see.

In the Rite of Candidacy, the bishop asks the seminarian, “In response to the Lord’s call, are you resolved to complete your preparation so that in due time you will be ready to be ordained?” and “Are you resolved to prepare yourselves in mind and spirit to give faithful service to Christ the Lord and his body, the Church?”

The keyword here is “resolved;” so for the first time, a seminarian gets to express his mature desire to become a priest. He now has a date for ordination to the transitional diaconate (the second or third Saturday in May). And, like a true engagement, the other party also responds in the words of the bishop: “The Church received your declaration with joy.”

On Aug. 18, three men: Chad Henry, Hoang Wayne Ly and Houston Okonma, will declare their resolve to enter into a permanent relationship of service to Christ and His Church. Please pray for them. For more details on how you can be a part of their Candidacy, call St. Mary’s Seminary at 713-686-4345  or visit www.HoustonVocations.com.

Father Richard McNeillie is the director of the Archdiocesan Office of Vocations.