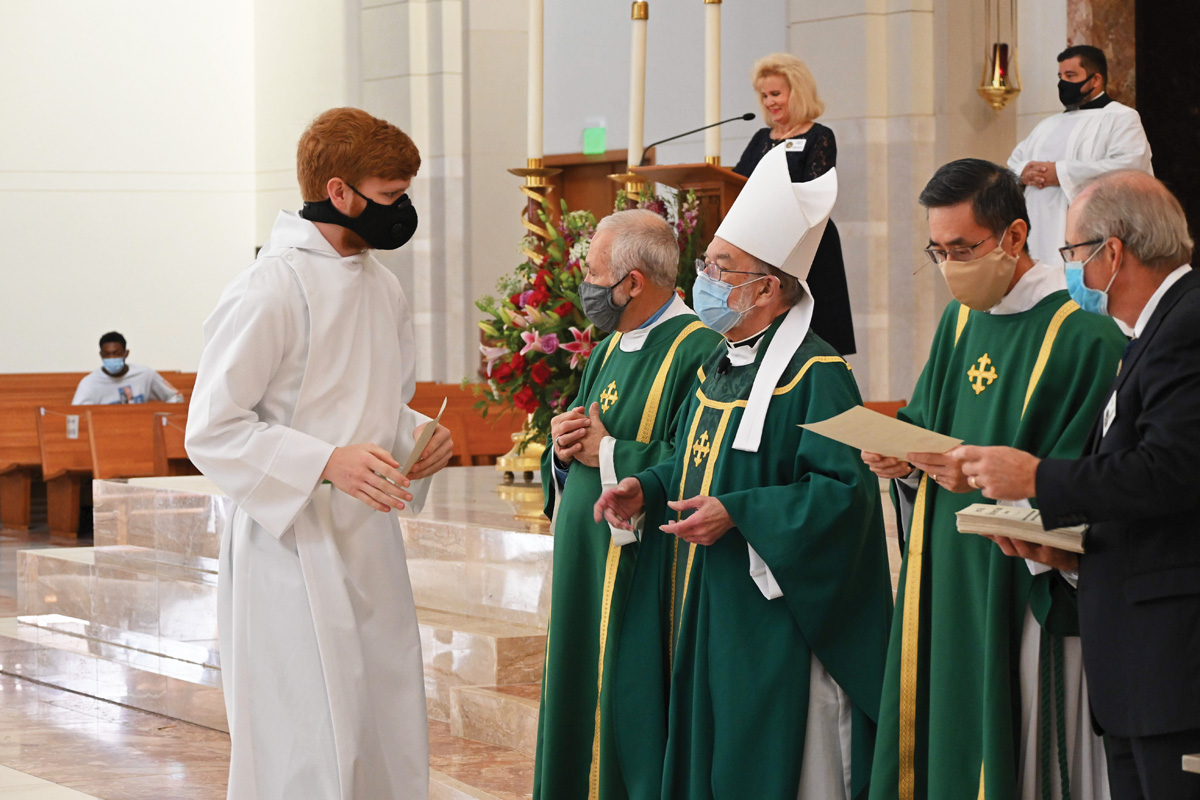 Auxiliary Bishop George A. Sheltz greets an altar server after an Altar Server Appreciation Mass and award ceremonies hosted by the Serra Club at the Co-Cathedral of the Sacred Heart on Oct. 31. (Photos by Frederick Warren)

HOUSTON — Daniel Cardinal DiNardo favorably responded when Serra District 10 proposed an Altar Server Appreciation Mass, awards ceremony and luncheon for those who have been altar servers for five years or longer.

Candice Tyrrell, then-Serra Club governor, approached Daniel Cardinal DiNardo with the idea for the special Mass. Though the pandemic had forced the cancellation of the luncheon, Tyrrell, chair of event, with Sandy Higgins, director of the Office of Worship, realized a second Mass was necessary when more than 200 altar servers said they would attend.

“It was a happy problem to have,” Higgins said.

Auxiliary Bishop George A. Sheltz celebrated the Mass and led award ceremony on Oct. 31. During his homily, Bishop Sheltz asked the young altar servers to open their hearts and not be afraid to listen if God is calling them to become a priest or sister in their vocation. Cardinal DiNardo celebrated the Nov. 14 Mass and led award ceremony. He gave the attendees advice on how to be good altar servers and thanked them for their willingness, faithfulness and dedication.

Both Masses, which were held at the Co-Cathedral of the Sacred Heart, concluded with the presentation of certificates, gold crosses and a prayer book from Serra District 10. 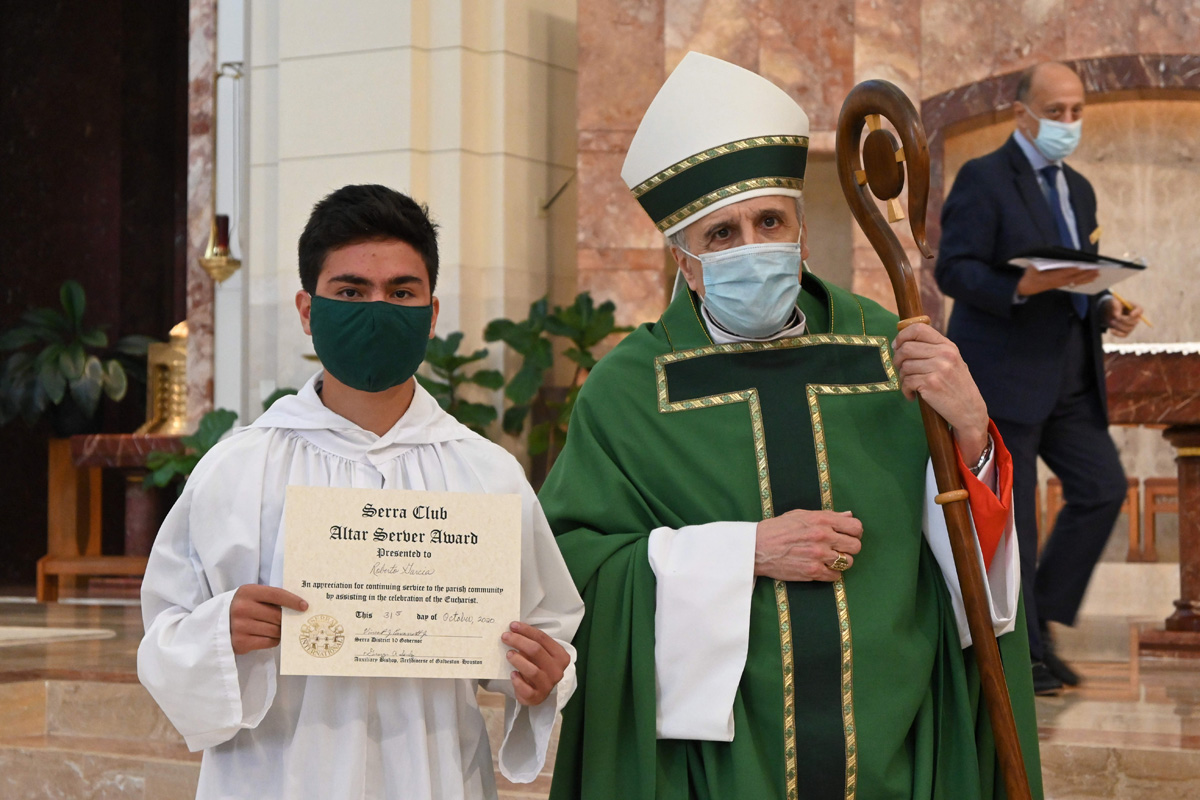 Daniel Cardinal DiNardo poses for a photo with an altar server during an award ceremony following an Altar Server Appreciation Mass Cardinal DiNardo celebrated on Nov. 14 at the Co-Cathedral of the Sacred Heart in Houston. The second Mass was added when more than 200 altar servers said they would attend. 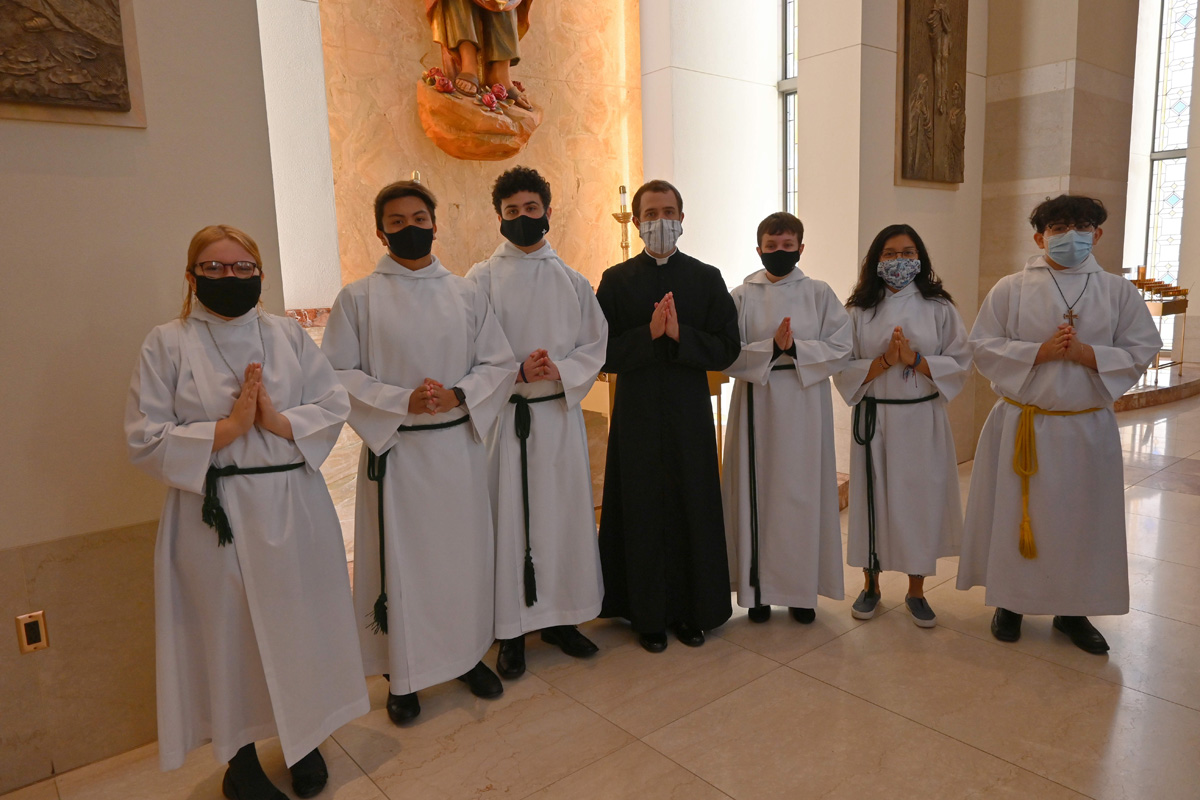 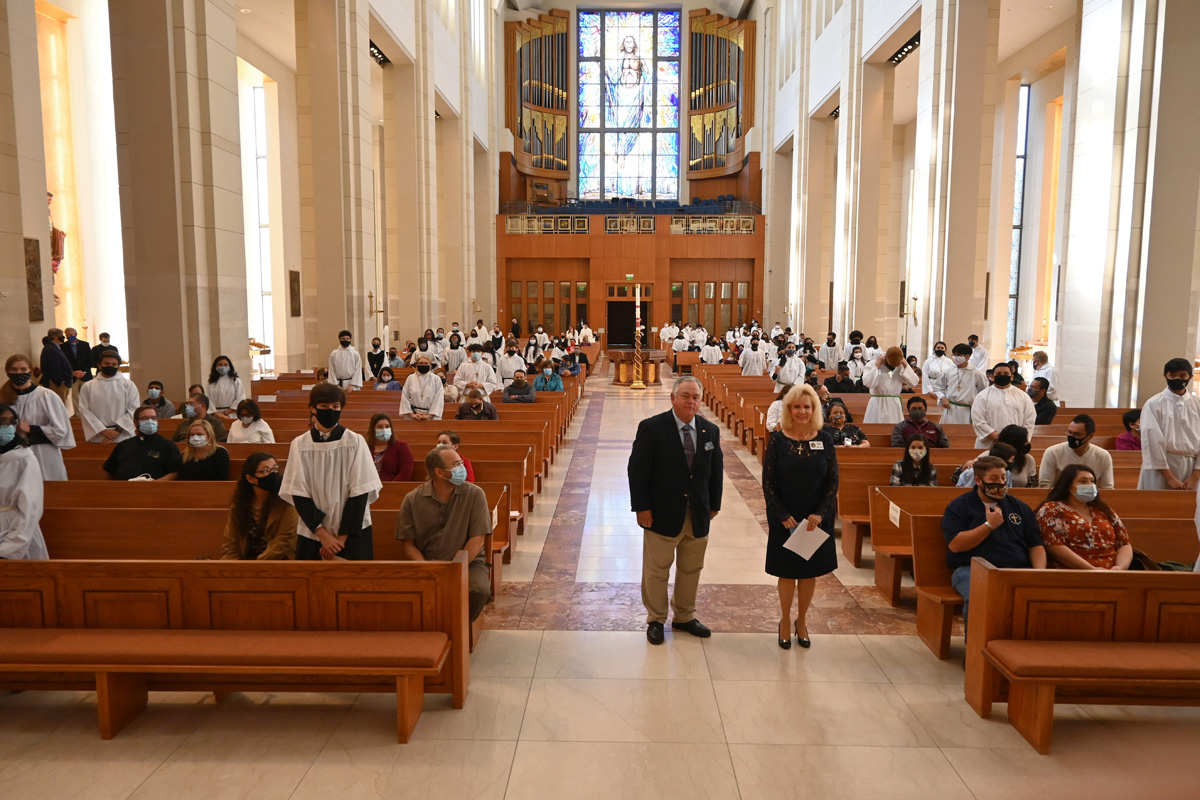 Altar servers stand to be recognized during an Altar Server Appreciation Mass at the Co-Cathedral of the Sacred Heart in Houston. 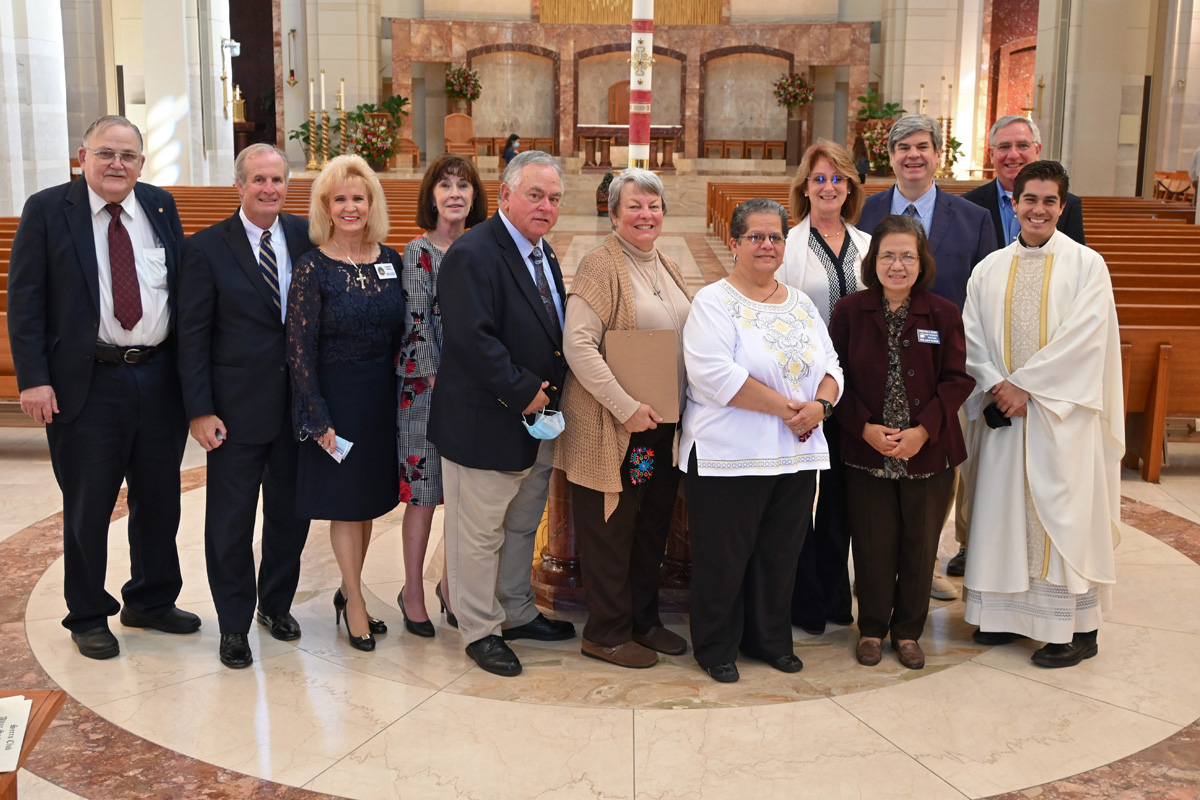