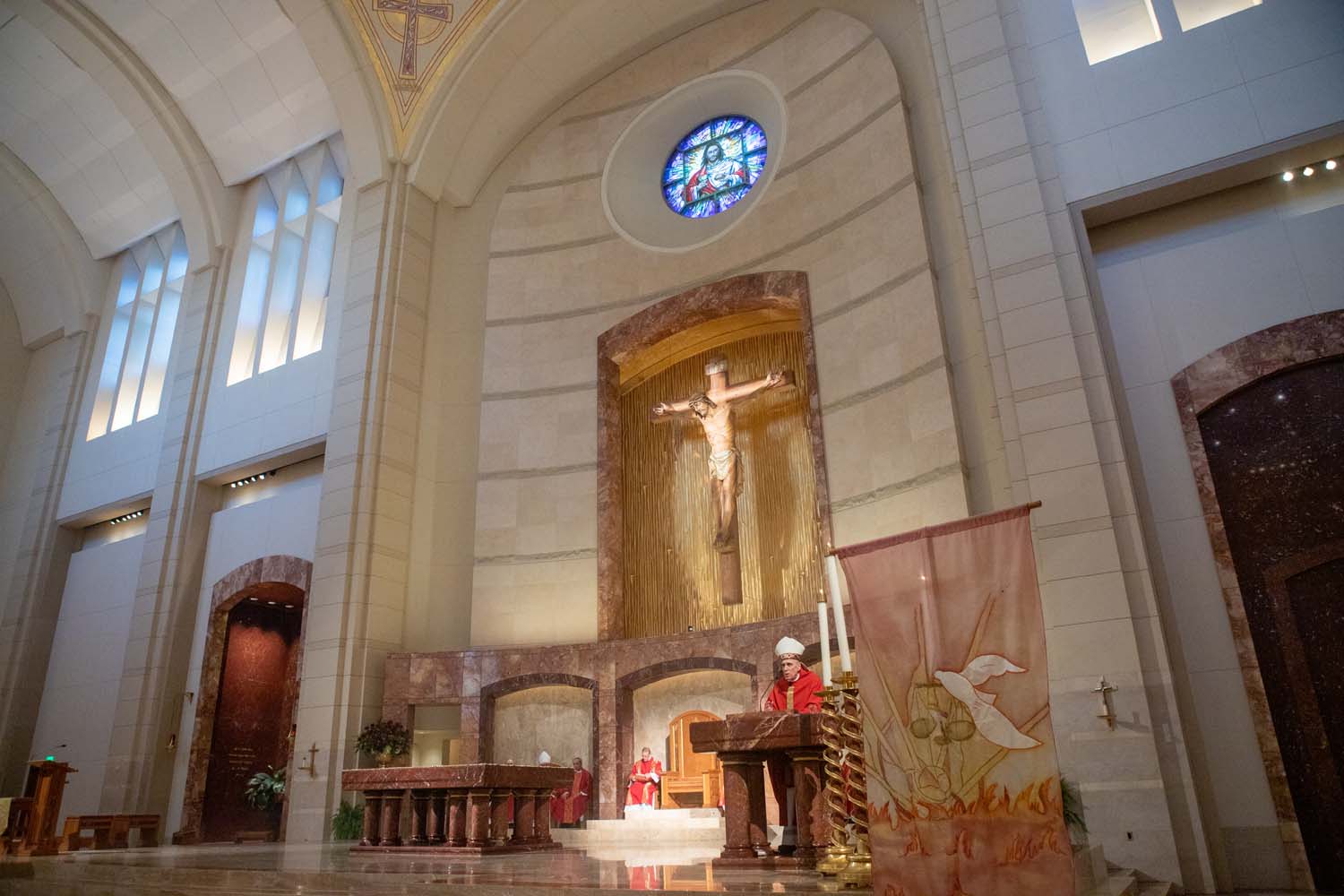 Daniel Cardinal DiNardo, who celebrated the annual Red Mass on Oct. 11 at the Co-Cathedral of the Sacred Heart, preaches the homily before giving a special blessing to members of the legal and legislative community of Houston, which included several local judges and lawyers from the Houston-area. (Photos by James Ramos/Herald)

HOUSTON — Ahead of the upcoming legislative year and roughly a month ahead of the Nov. 4 mid-term election day, Daniel Cardinal DiNardo celebrated the annual Red Mass at the Co-Cathedral of the Sacred Heart on Oct. 11.

The annual Mass, which lifts up the legal community of Galveston-Houston in prayer, might “make us attentive to the Word and the promptings of the Holy Spirit, whose fire this Red Mass is to symbolize, should grow in our hearts and make us of good judgment,” Cardinal DiNardo said at the Mass.

Wearing their traditional black judicial robes, several judges from a number of local district courts attended the Mass alongside many members of the Houston-area legal community.

Auxiliary Bishop Italo Dell’Oro, CRS, concelebrated the Mass with Cardinal DiNardo, alongside a number of other priests.

Cardinal DiNardo recognized the sad absence of the late Archbishop Emeritus Joseph A. Fiorenza, who died Sept. 19 at age 91. Archbishop Fiorenza had attended and celebrated the Mass for many years during his tenure. The annual Red Mass also remembers all those in the legal community who have died in the previous year.

“He always loved coming to these celebrations, so we’re remembering him, along with the other deceased members in the legal profession,” Cardinal DiNardo said.

In his homily, Cardinal DiNardo drew from ‘Fratelli Tutti,’ the encyclical written and published by Pope Francis in October 2020.

Reflecting on the pope’s observations from the story of the Good Samaritan, Cardinal DiNardo encouraged the Red Mass attendees to keep the parable close to heart during the new legislative year.

He continued: “The pope is very mindful that the story of the Good Samaritan is a very powerful vector, even today, in helping us to understand what it is to speak about us, others, and how we are bound together. Nothing does this more beautifully than the conclusion of the First Letter of John we read for the second reading. What an interesting inference the author makes. If God has so loved us, well, wouldn’t the response be that we should love God?” 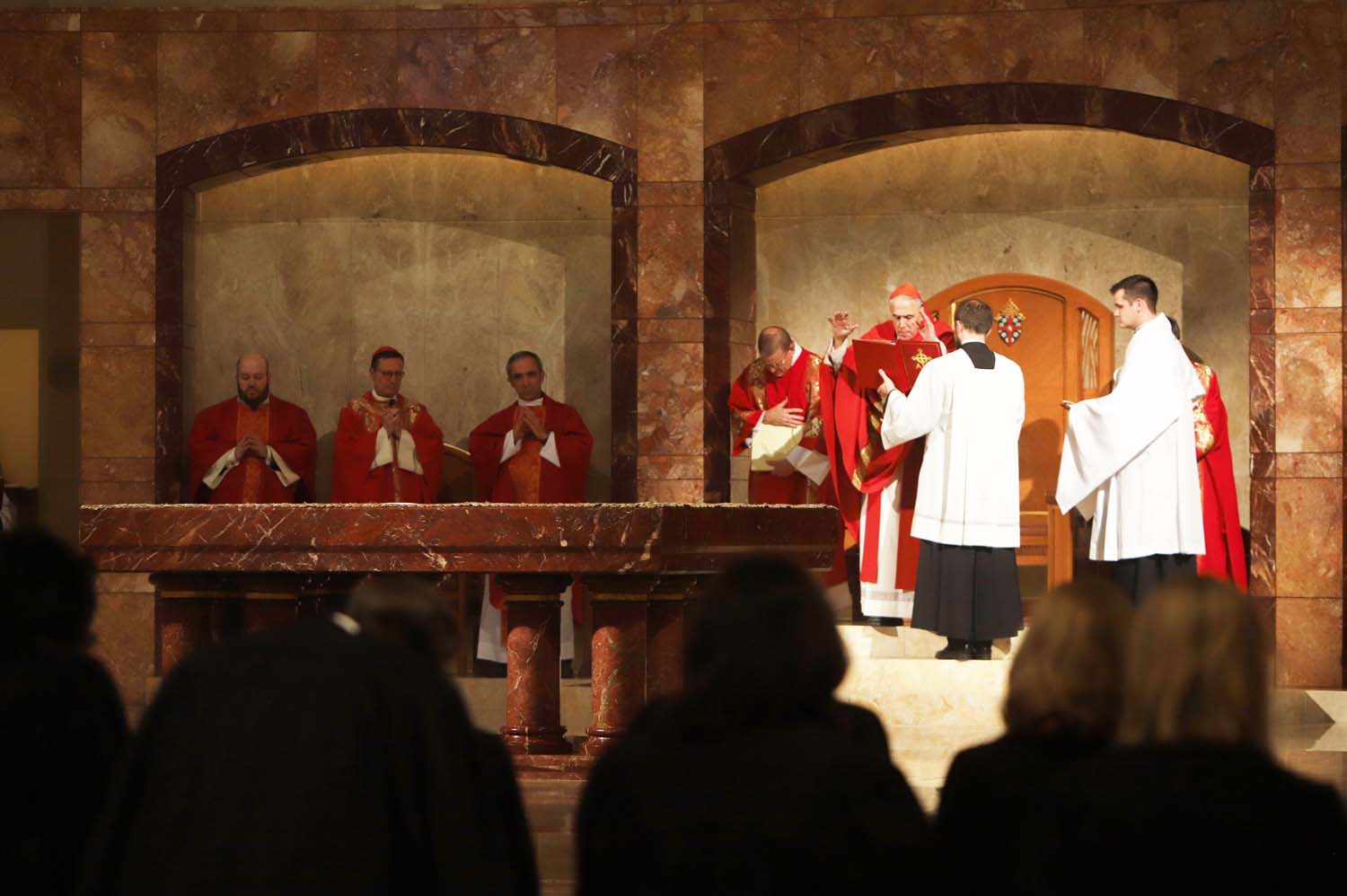 Daniel Cardinal DiNardo prays a special blessing for members of the legal and legislative community of Houston, which included several local judges and lawyers from the Houston-area. (Photos by James Ramos/Herald)

Speaking directly to those involved in Galveston-Houston’s judicial community at every level, Cardinal DiNardo offered a message of prayer, encouragement and solidarity in light of the ‘Fratelli Tutti’ encyclical: “We work in a realm of the law. We obviously have to know what it is just to deal with fraternity and equality and freedom in such ways that they can make sense in the law, and your work is very important. We pray for you, those who are lawyers, judges, members of Congress, all of you who work in the law. We pray for you every day. It’s a very difficult kind of judgment you have to make.”

He reminded the attendees to always look to God in all things: “The judgment lives in something bigger than ourselves, so we call upon the Lord to help us in all of our discernment. May the Lord do that for us.”

After the Mass, a dinner featured an address by John Allen Jr., the editor of Crux.org, a Catholic news website. A special tribute was also given to honor Archbishop Fiorenza.