Locked-down, but not locked-out: Correctional  Ministries still at work during the pandemic 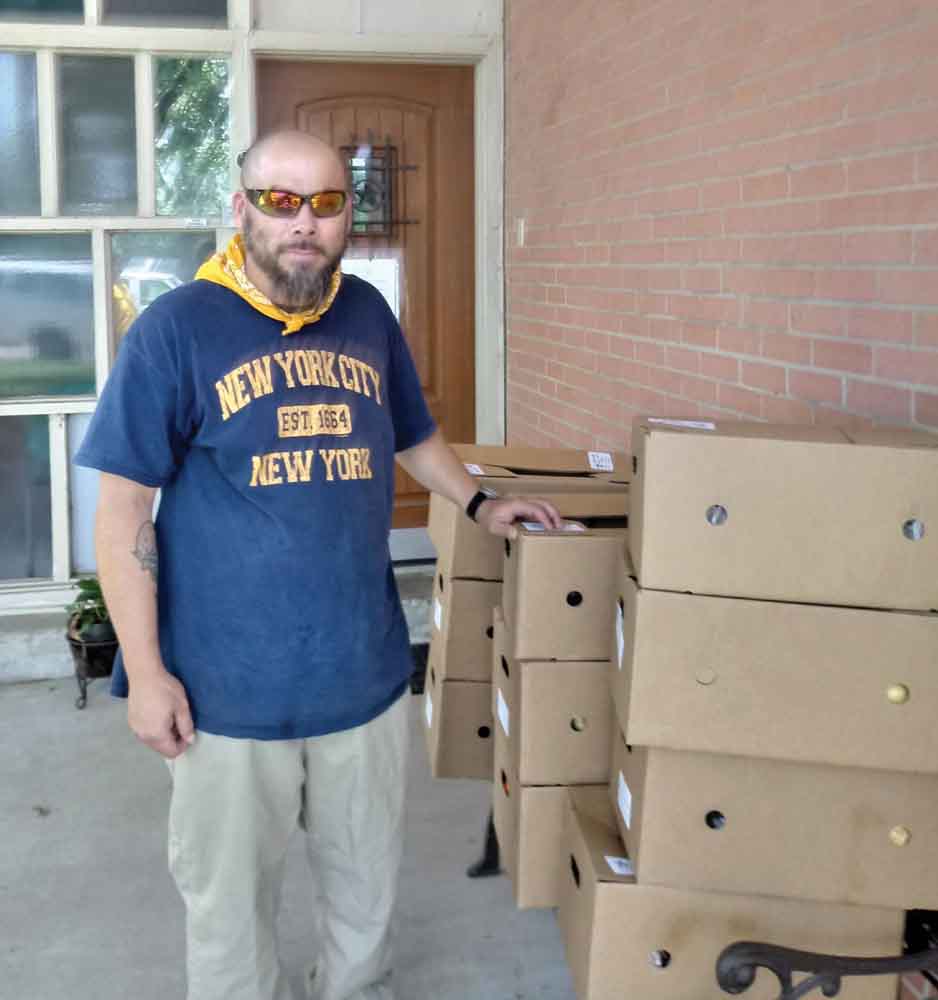 HOUSTON — At the start of the COVID-19 pandemic in March, Governor Greg Abbott declared that all Texas Department of Criminal Justice (TDCJ) prisons and attached facilities were off-limits to visitors, only allowing essential staff and correctional officers to enter. The lockdown became a “lock-out” for all clergy, Chancery staff and lay volunteers serving the inmates and ex-offenders in correctional facilities, including both TDCJ and County, and transition houses associated with the Office of Correctional Ministries of the Archdiocese of Galveston-Houston.

Deacon Alvin Lovelady, director of the Office of Correctional Ministries, said he feels this situation will continue into 2021.

“We have to remember what we preach to these inmates, that everything is in God’s perfect timing and not our own,” said Deacon Lovelady. “Because we cannot go inside the prisons, we have been able to provide DVDs, but no live-streaming of Mass at this time. Instead, Catholic inmates are permitted to gather in their day rooms or TV rooms to watch a recorded Sunday Mass on Monday mornings.”

The Office of Correctional Ministries is one of 60 ministries supported by the Diocesan Services Fund (DSF).

Deacon Lovelady said before the lockdown, video recordings of the Mass were not available. He now feels this practice allows the men and women in prison to stay connected to their faith through homilies that reflect current events in relation to the readings for that Sunday.

“We were always allowed to show videos during a Bible study class or RCIA, and utilize most of the information (with prior approval) that is available to Catholics around the world,” said Deacon Lovelady. “This includes, ‘Word on Fire’ by Bishop Robert Barron, anything by Scott Hahn or Jeff Cavins, and most Catholic videos on saints and martyrs,” said Deacon Lovelady. “Except for showing parts of the Mass on video for educational purposes, we would never replace a live Mass with a live priest for a video. Now, this is the only opportunity we have, and I do see benefits to the inmates.”

Also impacted by the lockdown are the volunteers that serve inside the prisons, who are not allowed to enter at this time. They have communicated through letter writing to maintain the bond of respect and trust that they worked so hard to develop with the inmates.

“There is now a gap between those incarcerated and the volunteers who lovingly dedicate their time to minister to the women and men inside the prisons,” said Deacon Lovelady. “We have encouraged them to write letters with words of encouragement and a reminder to focus on the faith and study the Bible and catechism.”

One volunteer that has been a regular driving force behind the good works of the Office of Correctional Ministries is Daryl Fecteau. He said that he and the prison-ministry volunteers do not feel their work is something they are required to do, but rather, their response to their God-given call. Since the lockdown, he has been working with a few halfway houses and a women’s shelter.

“I’ve heard many first responders say the reason they step into the middle of someone’s situation is because of the thrill and excitement of the rush that comes from that moment,” said Fecteau. “As volunteers, we also step into the chaos of others, but not for the same rush. Ours is the satisfaction that we have helped save someone’s life, but also by saving their soul.”

He said while they may not minister the same type of first aid as a firefighter saving a life in a burning building, rather, they help the inmates escape from a different kind of fire that is causing destruction within.

“I want to help the inmates convert the fire that is destroying them from within to the flames of love only Christ can give them,” said Fecteau. “That’s the rush I want to experience.”

Deacon Lovelady said from his own personal experience as the associate director of Correctional Ministries for four years, and currently as director, he has personally witnessed many transformations with both the inmates and volunteers.

Deacon Lovelady said the DSF fund makes achieving the Office of Correctional Ministries’ mission possible. This includes the salaries that are provided to the staff.
“Since I took over for Father Ron Cloutier as director in January, we are short an associate director and three prison priests, which right now with the lockdown, is not an issue, but won’t last forever,” said Deacon Lovelady. “There will come a time when the prison doors will open once again, and we will need everyone on deck for all the requests we’ll have for Mass and confession. Until these positions are replaced, we will be asking parish priests to help fill that void.”

Deacon Lovelady said the ministry also uses DSF funds to help purchase materials the chaplains give to the incarcerated, such as Bibles, catechisms, The Word Among Us, and other reading material. He believes the DSF donations are important to the effectiveness of the ministry.

“It is incredible and sometimes miraculous how we can be a part of the transfer of someone’s life from where they were to where they are now, just by being present through our own faith,” said Deacon Lovelady. “God will use you if you allow him to, and that means someone gets to be closer to Christ because you are close to Him and what a privilege to be part of that. Through the DSF, those who want to minister to those in prisons, but cannot for whatever reason, can minister through us. We appreciate their kind and generous gifts to the DSF — God bless the faithful for all they do!”