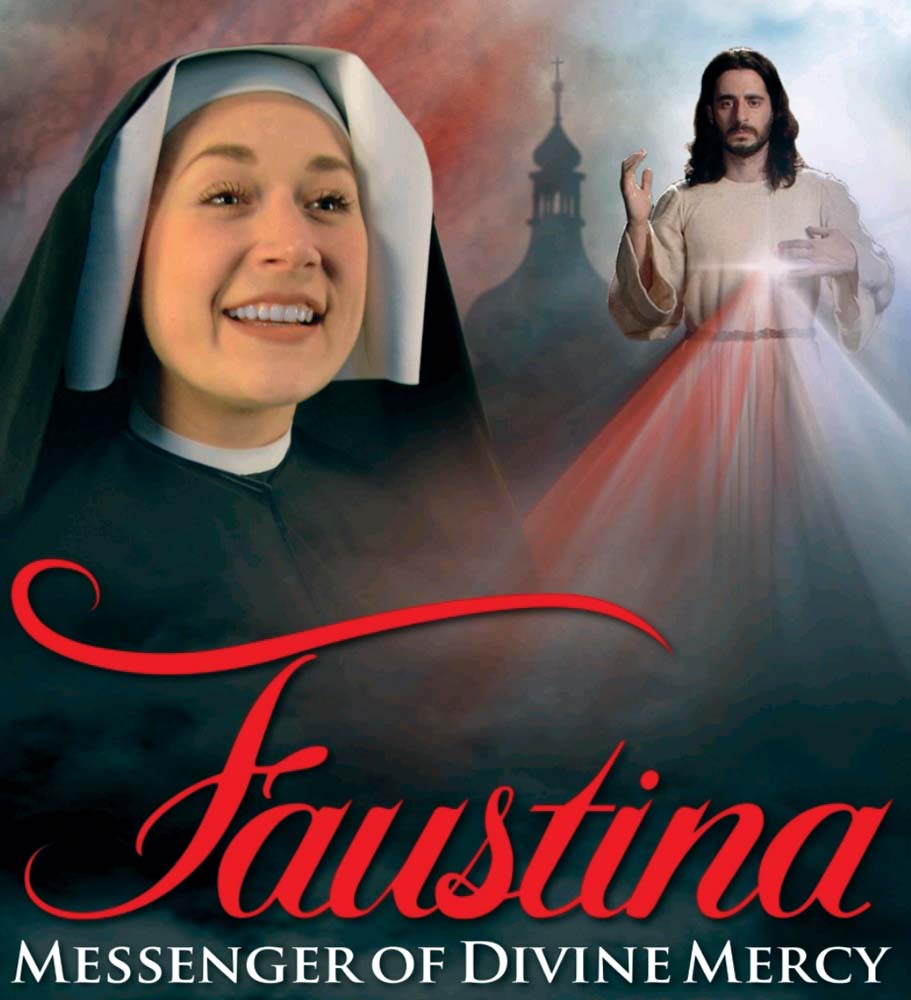 HOUSTON — “Faustina: Messenger of Divine Mercy,” the live theatrical one-woman drama performed by actress Jennifer Pagano and directed by Leonardo Defilippis of Saint Luke Productions, will be presented at two churches in Houston.

St. Joseph Catholic Church, located at 1505 Kane St. in Houston, will host the drama on Friday, Dec. 13 at 7 p.m. Admission will be a free-will offering.

The Christian Renewal Center, located at 1515 Hughes Rd. in Dickinson, will host the drama on Saturday, Dec. 14 at 7 p.m. Tickets must be purchased in advanced online. There is a dress code.

Immaculate Conception Catholic Church, located at 7250 Harrisburg Blvd. in Houston, will present the drama on Sunday, Dec. 15, at 7 p.m. Admission is $10. CCE students and seminarians can get in free during the Sunday performance.

In “Faustina: Messenger of Divine Mercy,” audiences experience firsthand the spirit and life of Polish mystic St. Faustina, whose personal encounters with Jesus have inspired a world-wide devotion to Christ’s Divine Mercy. A parallel modern story within the drama offers audiences a compelling personal connection to the current moral issues of our times. Audiences are calling the production a “wake-up call.”

The production runs 90 minutes, and is suitable for ages 13 and up.

St. Faustina Kowalska was born Helena Kowalska in 1905, into a large peasant family in Poland. She really had no potential for greatness — a poor girl, destined to be a housekeeper, with no education or prospects.

Yet she longed for God, and despite the protests of her parents, and after a vision of Jesus telling her to head for Warsaw and become a nun, she secretly hopped on a train. Upon reaching the city, she knocked on the doors of convents until The Sisters of Our Lady of Mercy finally took a chance on this young girl, and let her in. As a nun she took the name Sister Maria Faustina, and spent the rest of her life doing menial work as a cook and as a gardener.

In 1930, the mystical visions started for the young nun, at that time Sister Faustina Kowalska. Jesus appeared to her in a white garment, with rays of white and red light emanating from near His heart. He asked her to paint His image,
with the message, “Jesus, I trust in You” across the bottom. That was the beginning of a very special mission that took years to develop into a powerful devotion for the Church — the Divine Mercy.

Jesus continued to speak through Sister Faustina, with an urgent message for our times, and He gave her a special prayer, the Divine Mercy Chaplet, which spread throughout the world like wildfire. Faustina continued to keep a diary of her visions, until she died of tuberculosis in 1938. It was Pope John Paul II who declared the Sunday after Easter as Mercy Sunday, and in April 2000, Faustina Kowalska was declared the first saint of the 21st Century.

She is a professional actress, singer and choreographer based in her home state of Maryland.

For Pagano, portraying St. Faustina across North America is a God-given opportunity to “spread the light of Jesus Christ. I wish to only serve God in my gifts as an actress, to move people only according to His will and purpose,” Pagano said.

“I am a firm believer in Jesus Christ, and desperately want to use my gifts to move people closer to Him. Saint Luke Productions is so inspiring, creating beautiful works to glorify God and spread His message. I think live theater truly does have the power to transform and touch lives. The Holy Spirit can move many hearts throughout a performance.”

Since 1980, Saint Luke Productions has been creating inspiring live dramas, films, radio programming and more. Their productions on the Gospels and the lives of the saints, including the acclaimed feature film Thérèse, have been seen by millions of people worldwide.

For more information about the production, visit FaustinaDrama.com.

Editor's Note: This story has been updated to reflect that four parishes in the Archdiocese will host the play.